According to wiki, ‘peaches are a type of drupe or ‘stone’ fruit characterized by a large central stone, which contains the seed. Other examples include apricots, cherries and nectarines.’

Nectarines and peaches were on sale this past week, and I couldn’t decide between them, so I bought five of each, intending on making a large baking dish of crumble bars. And then I found that I didn’t have enough flour in the house to make the full recipe. So I made a small (8 inch by 8 inch) baking dish instead and used the extra fruit to make a compote.

The compote was used to top a ‘peaches and cream’ parfait recipe that I found posted on the Fridgg website. 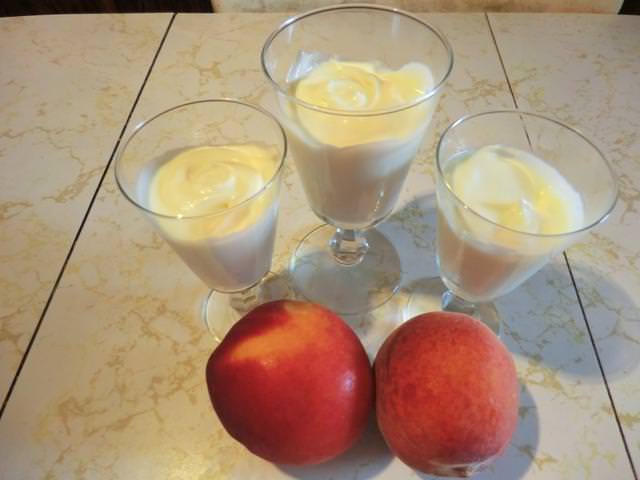 ‘Peaches and Cream’ Parfait – A cheesecake-like base topped with the fruit compote of your choice. Serve with, or without, lightly sweetened whipped cream on top. I made half the recipe of the cream and divided it among three pretty glasses. 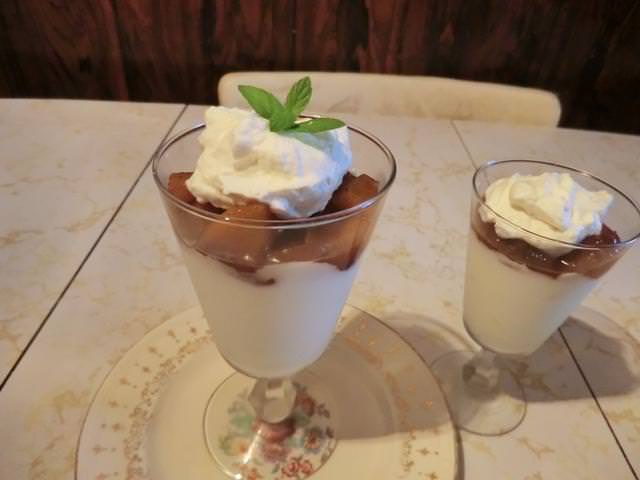 This is the stone fruit compote recipe that I used to top the parfait, with the changes I’d recommend on a future attempt, since, in my opinion, the compote recipe as posted was too soupy and sweet, and the amount of cinnamon used overwhelmed the flavour of the fruit. 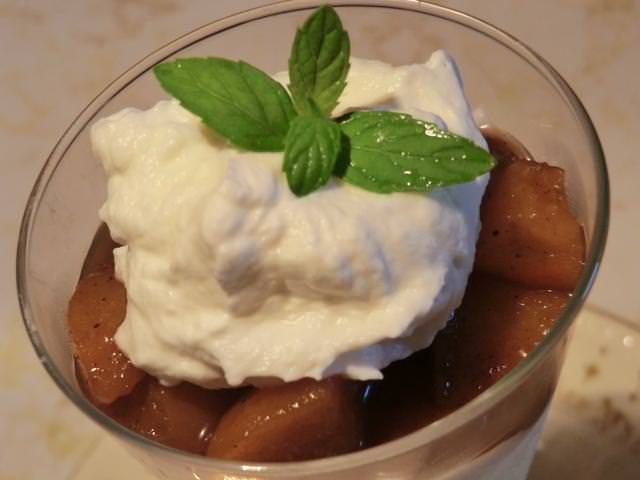 In a medium saucepan, add the ingredients and bring to the boil over medium heat. Reduce the heat to a simmer and cook for 12-15 minutes, until the fruit is tender and the mixture thickens a bit. Transfer to a clean jar and store in the fridge for a week or so. Serve over a plain sponge cake, ice cream, oatmeal or pancakes. 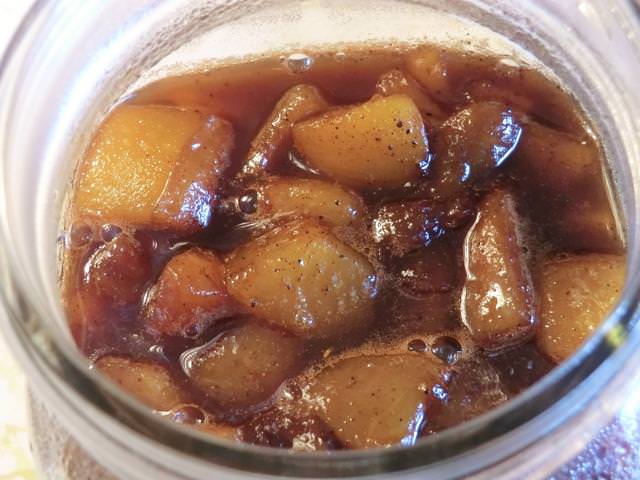 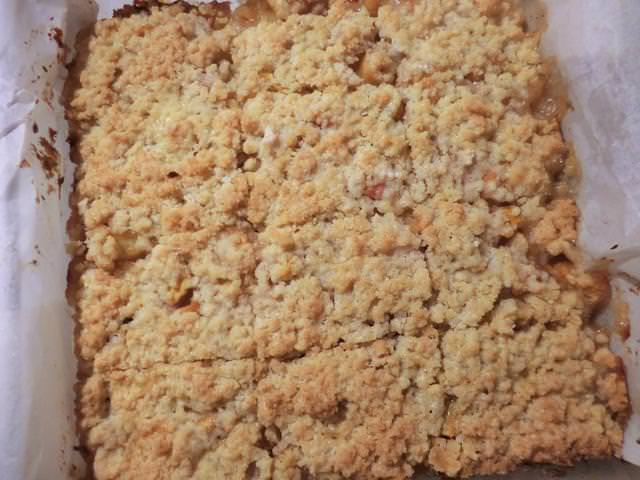 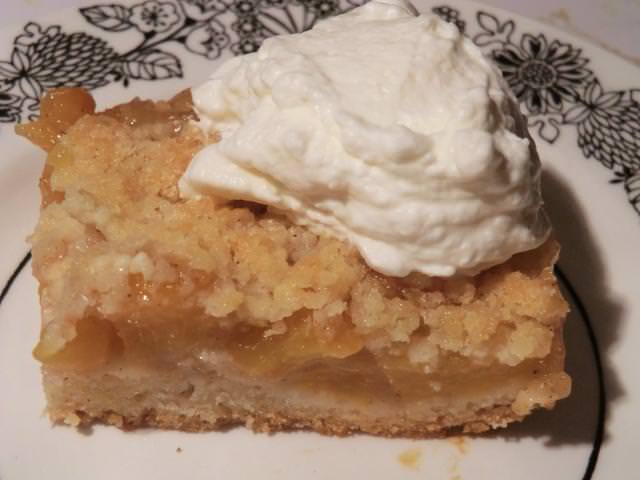 ‘Peaches and Cream’ Pavlova – Pavlovas made with leftover egg whites and topped with barely sweetened whipped cream and the last of my stone fruit which had been sliced and macerated in some sugar and vanilla bean extract. ‘Nectarines and cream’ doesn’t have the same appeal though it tastes just as good as peaches. 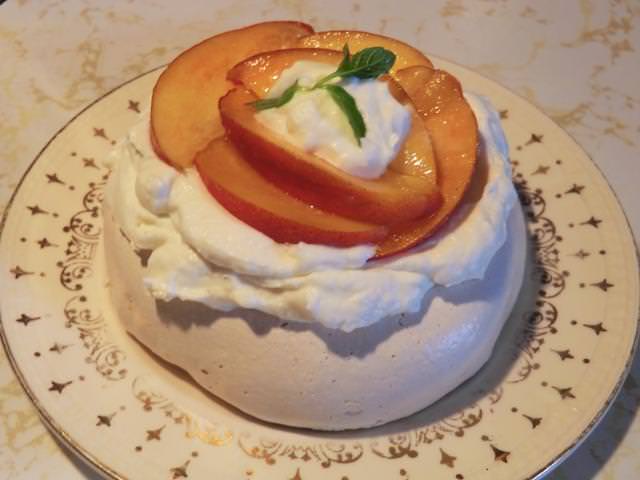 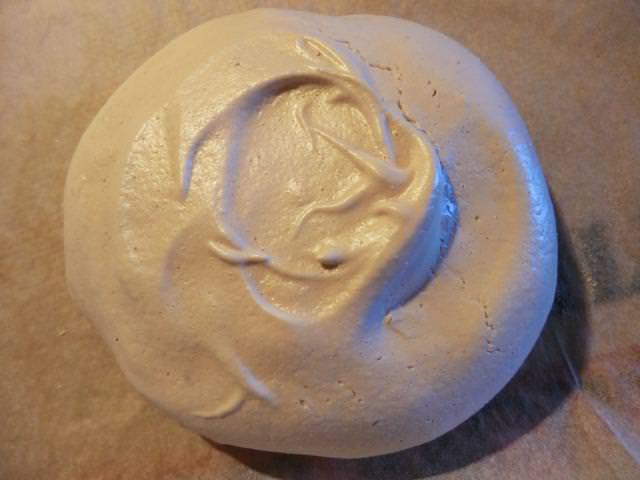 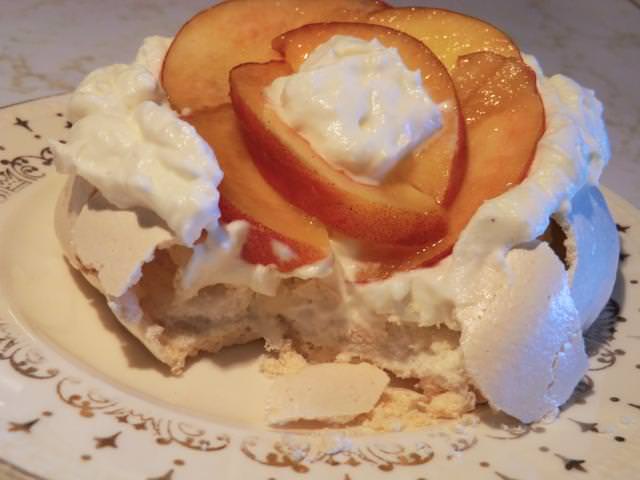 6 thoughts on “Peaches and Other ‘Stone’ Fruit”