Sometimes you just don’t have the energy to make a comprehensive recipe post but you still want to share something you think is worth while. I made both of these dishes over the last few days.

The first dish, a smoked ham and cannellini bean soup that I’ve made in the past, is an easy, fast and filling dish, especially if you use canned cannellini beans. Or, you can be like me and soak about a pound of dried beans overnight and cook them when you finally get up on a lazy, Saturday morning.

I didn’t have any smoked ham hock but I had a chunk of smoked ham so I diced some of it up and threw it in along with the veggies at the end. If you’re cooking for a family of four, you’ll have enough for a second serving for everyone. If you’re cooking for one, it freezes very well for future meals. For my friend, spikesgirl58 on LJ, who doesn’t care for ham, I think you could use smoked turkey leg in its place. 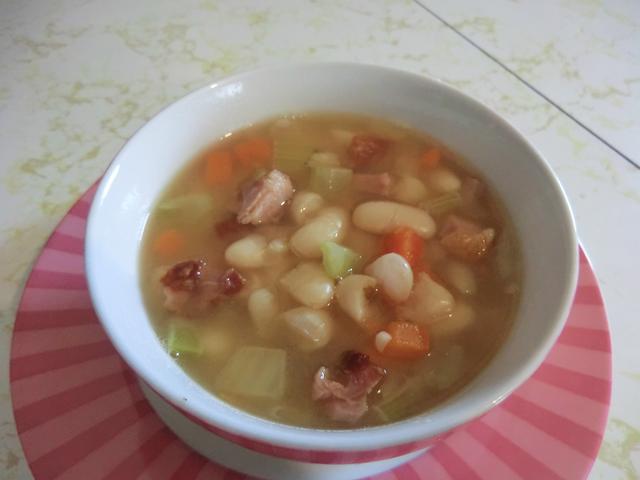 I stocked up on some pantry items from a local international (Chinese, Japanese, Korean, Thai, Vietnamese) grocery store, a few days ago. One of the things that caught my eye in the fresh fruit and vegetable section was a small display of Japanese purple sweet potatoes. I was bored so I decided to try a fun purple sweet potato bread recipe I found on the Bake with Paws blog. (PS: The name made me think of the Youtube channel Cooking with Dog which I recommend for anyone interested in Japanese cooking.) 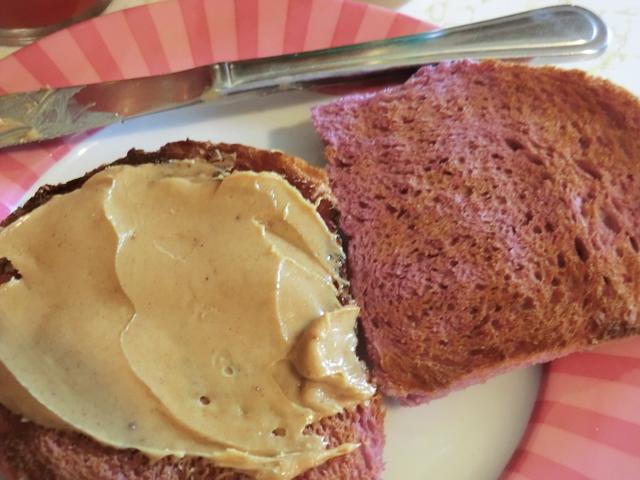 The recipe is relatively straight forward but I thought I’d throw in some pretty pictures … just because I took a LOT. The potatoes were peeled, sliced and steamed until tender and then riced to get a nice even texture.

I was pleased with the colour of the dough 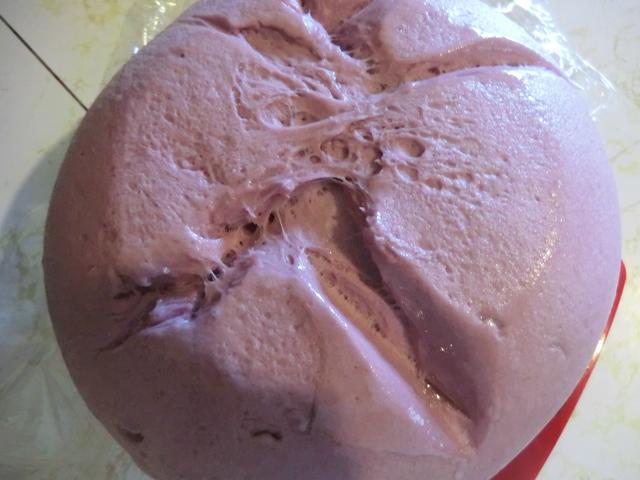 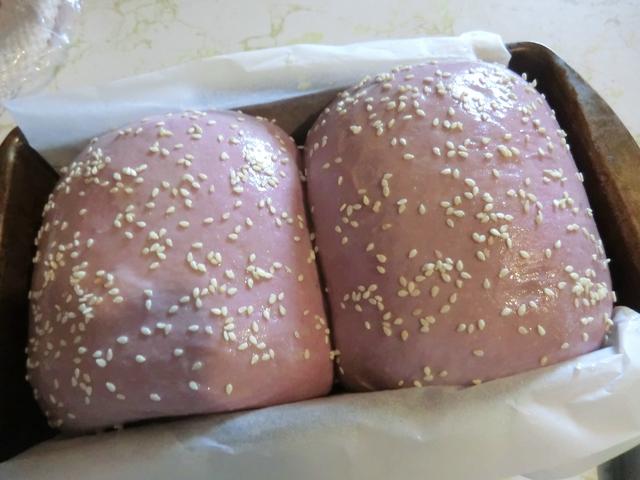 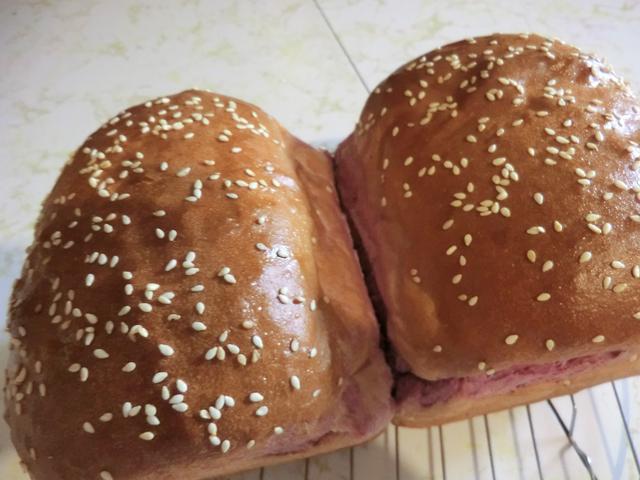 Unfortunately, the post-bake colour was a lot less vibrant … sort of lavender in colour. Toasting it seemed to pep up the colour a bit. The texture was nice and fluffy and the taste was somewhat sweet due to the sweet potatoes. I wouldn’t use the bread for an egg or tuna salad sandwich but it provided a nice contrast to the salty peanut butter. 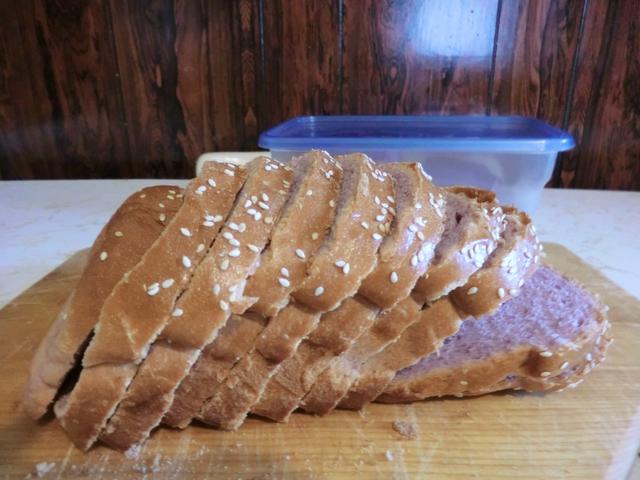