I love the taste of a shawarma.

Whether it’s the chicken or the beef/lamb mixture my local place makes, seeing those thin strips of meat shaved off their rotating meat tower and briefly browned off before being placed in a warmed pita bread with a generous drizzle of sauce (tzatziki, hummus, tahini or garlic) is a treat …  and it’s all delicious, especially served with a large portion of french fries, fresh out of the deep fryer. I ate my home made version with hashed browned patties from my freezer. 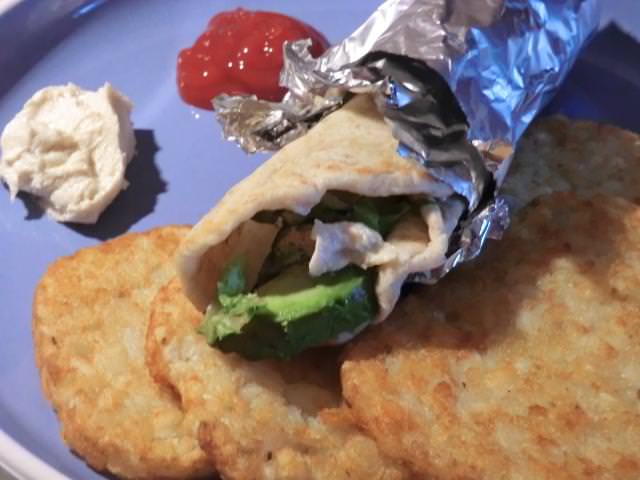 By the way, gyros is the Greek name for what they call shawarma in the Middle East. It’s all spiced meat. 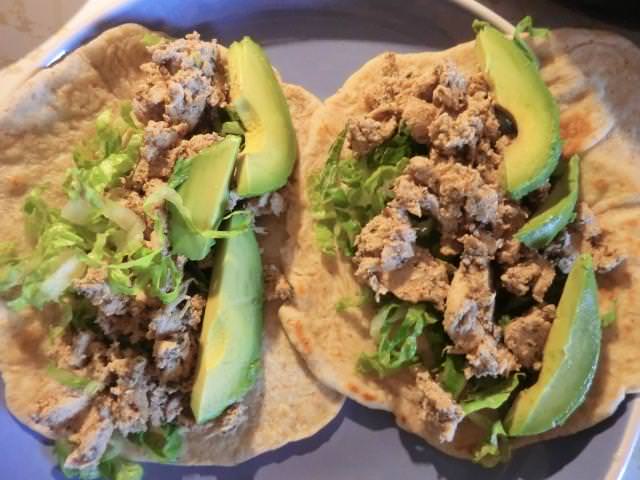 I got this recipe from the Titli’s Busy Kitchen web site. There’s a great video that goes with it.

If you’ve never heard of Titli, she’s an amazingly vivacious and fun cook to watch. One day I WILL make that mujaddara, a tasty brown or green lentil and rice dish that I first ate in a local Lebanese restaurant and just loved!

Mise en place … lots of spices go into the marinade, but I had them all in my pantry, except the fenugreek seeds, which I bought to order and ground up in my coffee grinder so it was nice and fresh and pungent. The chicken breast was briefly thawed in the microwave so it was still mostly frozen but I was able to shave very thin slices with a sharp knife. 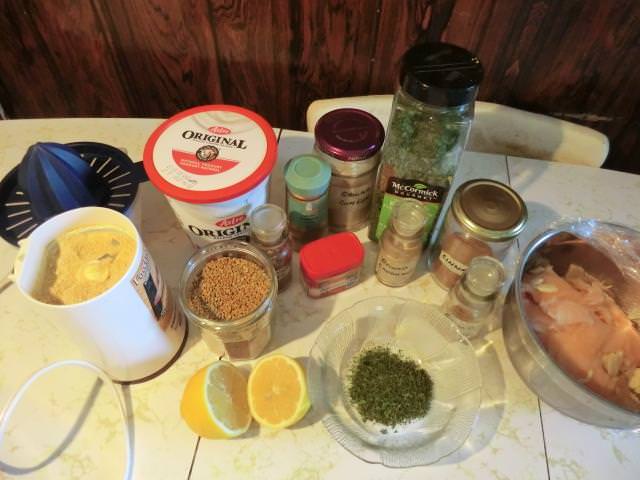 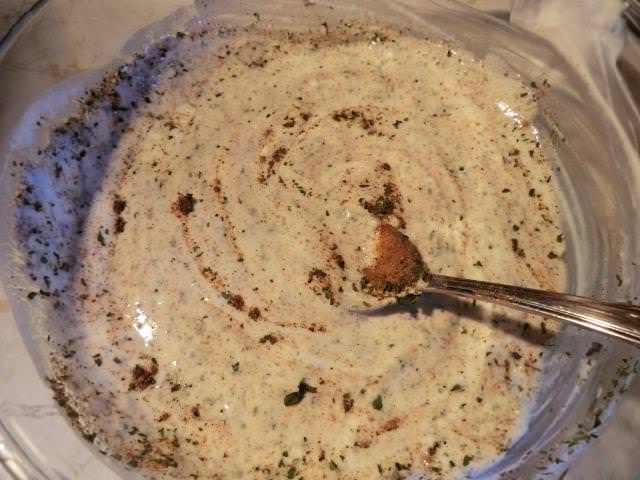 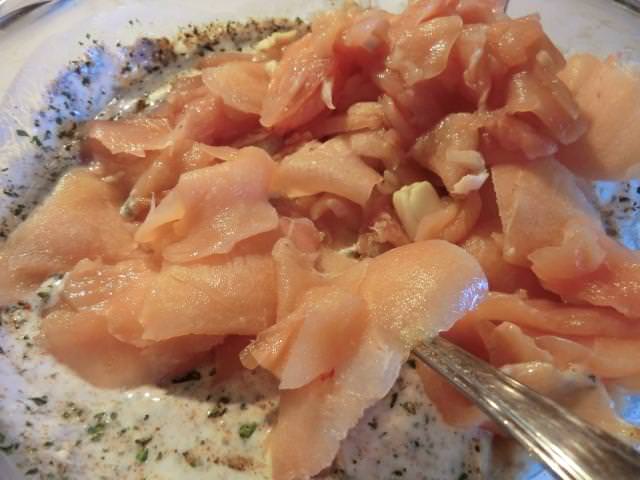 Two to three hours of marination is plenty for this thinly sliced chicken breast, even though the recipe recommends overnight. I found that the meat fell apart while cooking the next day and the texture was lacking. I also added all the marinade along with the meat when I pan fried it, which may have resulted in the meat being overcooked. 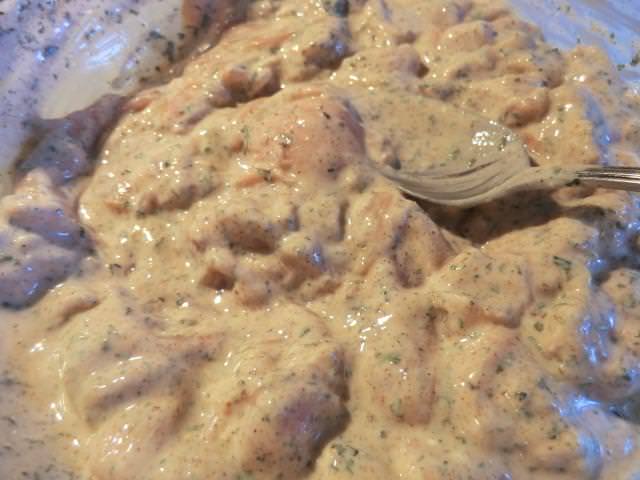 In the interest of absolute honesty, it’s not QUITE the same flavour as the ones I used to buy for my mom at my local establishment, but they’ve priced themselves out of my business and reduced the amount of french fries they used to serve, by about 25%. So this is a good substitute. Give it a try. (Just don’t marinate your meat too long if you’re using chicken breast.)

The tahini sauce is a winner. Use it as a dip for crunchy veggies and sandwich spreads. You’ll be pleased. 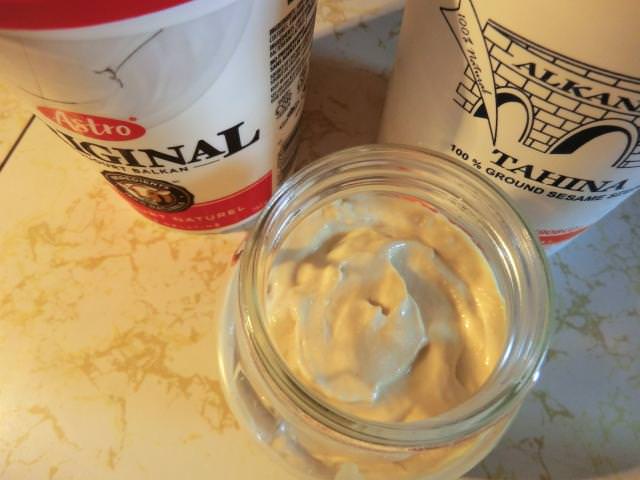 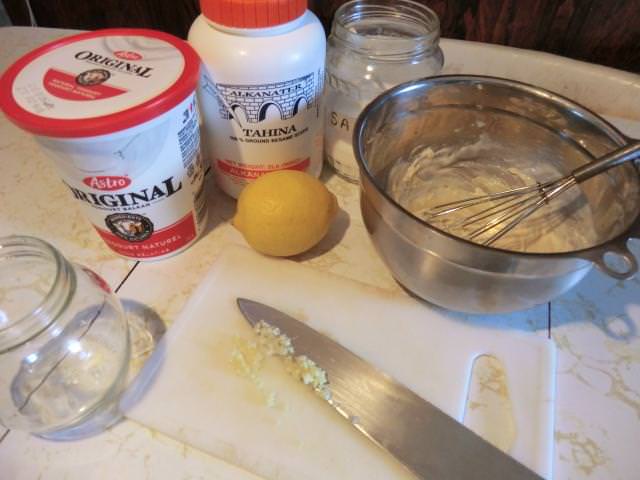 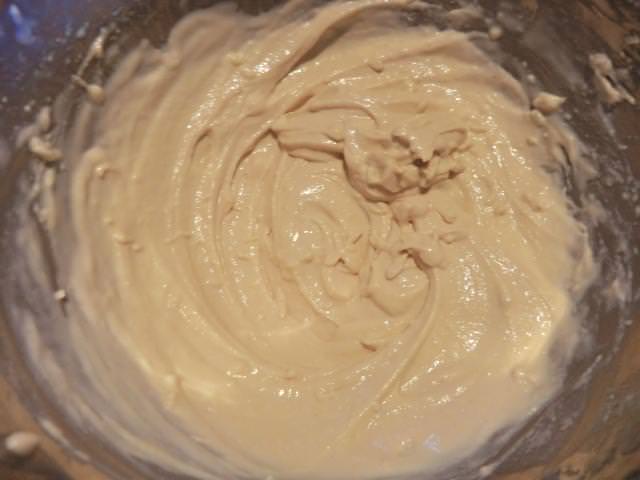