I think most cultures that use wheat flour have some sort of fried bread. The Hungarian version, lángos, is what I’m featuring below. It is also popular in Romania (especially in Transylvania) as langosi.

I’ve watched several versions of this bread being made on Youtube and chose to do a drier one, similar to native American fry bread, rather than the wetter dough which is pinched off by hand and stretched, before being dropped into the hot oil and fried. Mashed or riced cooked potato is added to the dough mixture. A simple version of the recipe rolls out the dough, cuts it into a circle or rectangle and places a filling, which may be seasoned potato and onion, crumbled cheese or cooked ground meat, in the middle. The dough is folded over around the filling, well sealed, and fried. One day, I’ll have to give it a try. 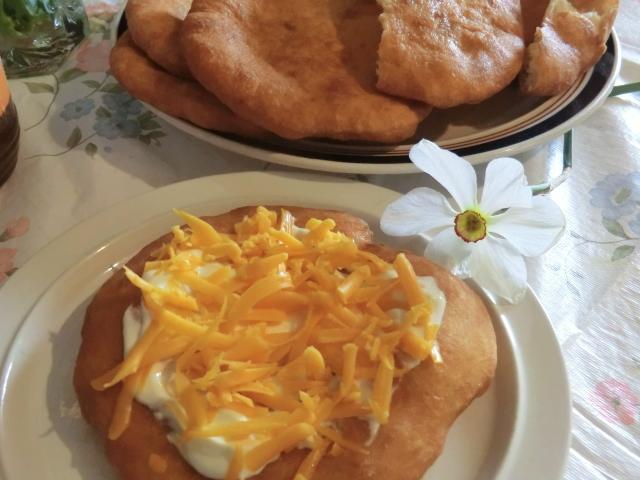 Cook the potatoes in boiling salted water until a knife inserted into the middle of the potato goes in easily. Peel and mash or rice to get a smooth texture. Cool to barely warm.

Mix the warm milk with the yeast and sugar. Let the yeast mixture sit for 5-10 minutes until foamy.

In a large bowl, combine 1 cup of the flour and the salt. Stir together. Add the mashed potatoes and the yeast mixture. Gradually add in the flour, 1/4 cup or so at time until you get a kneadable dough. Knead the dough well. Cover the bowl and let rise in a warm place until double in bulk, about 1 hr.

On a well floured surface, roll out the dough to ~1/2 inch thick.

Cut into rectangles, squares or circles. Let rest, covered so the dough doesn’t dry out, for about 30 minutes. Stretch the dough out a bit so the center is thinner than the edges. (Or, you may prick the dough with the tip of a knife to keep big bubbles from forming and so that it will fry more evenly.) 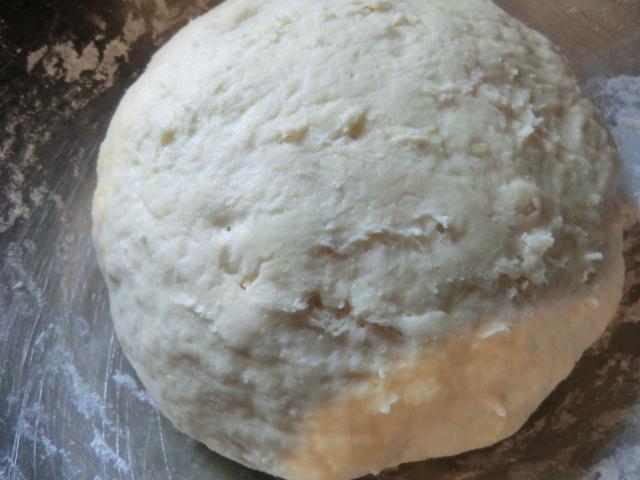 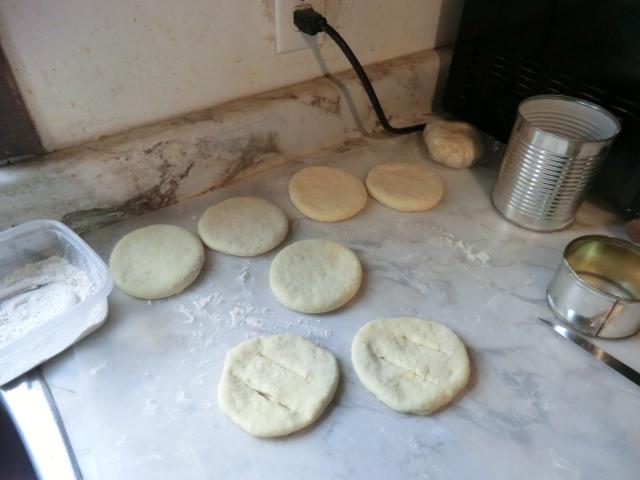 Melt lard in a cast iron frying pan so it is at least 1/2 inch deep. Fry langos over medium heat. Drain over a paper towel lined wire rack.

NOTE: I decided to use a 2.5 quart sauce pan to deep fry the langos as my frying pan is too shallow to actually shallow fry in, and filled it about 1/3 of the way up with a half lard/half vegetable oil mixture. 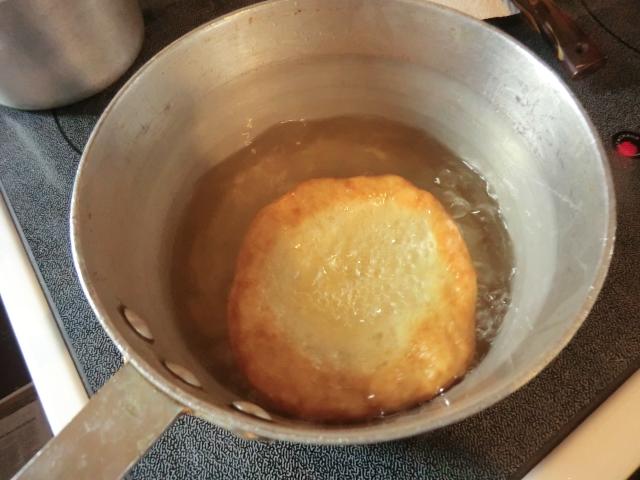 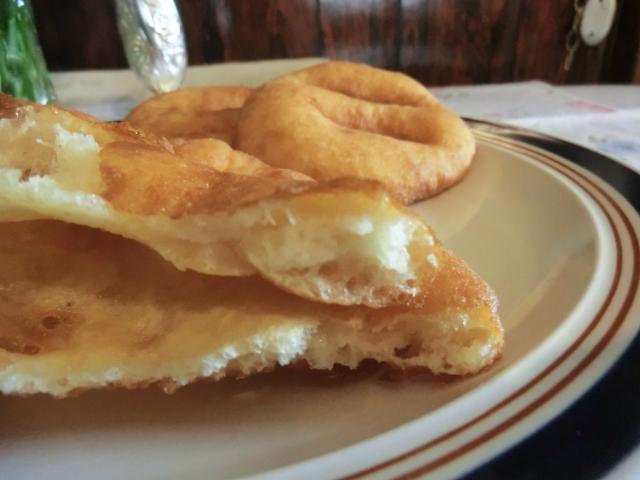 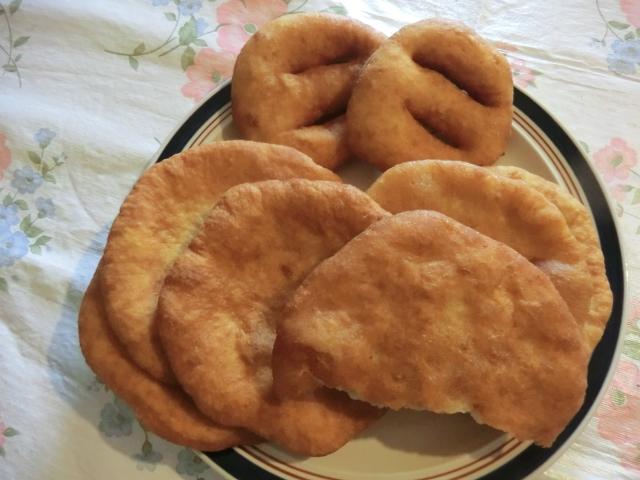 To reheat, place langos on baking sheets and heat, uncovered, in a 350 deg Fahrenheit oven until warm, about 8-10 minutes. 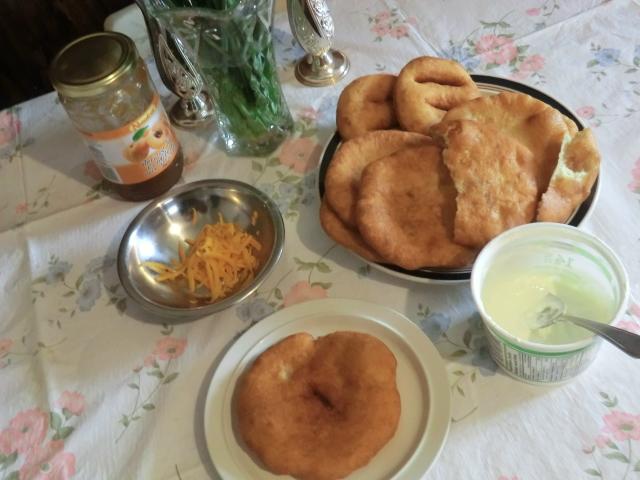