I’m not much of a tea drinker but these two varieties are quite enjoyable.

I was intrigued when I saw it listed on the menu in my favourite all-you-can-eat sushi restaurant and ordered it. Instead, I was served jasmine tea. It was hard to understand the server but I got the impression that they didn’t have it. I don’t know if they EVER had it. In any case, I looked for it at my newest ‘go to’ Asian grocery store and came home with a bag. 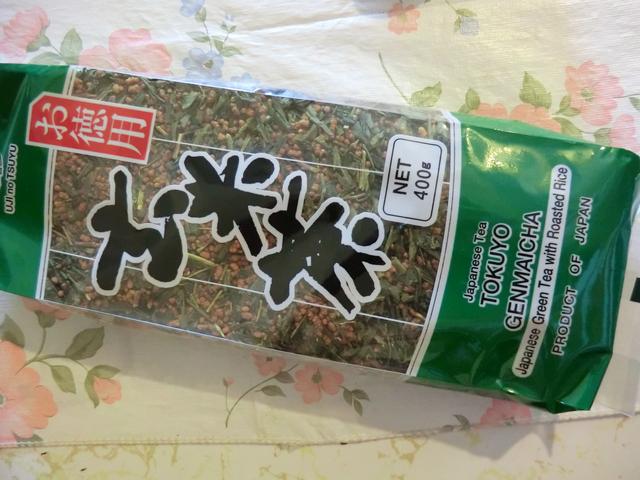 Some ‘recipes’ are pretty complicated … apparently you can get THREE brews of tea from the same spoon of tea. The water temperature varies among each brew. Or, if you just want a simple cup … add 1 cup of boiled water (150-170 deg F) to 1 tsp of the genmaicha and let steep for 1-3 minutes. You can drink it plain or with a splash of milk.

I wasn’t sure which mug/cup I wanted to use so I pulled out an assortment and had the tea plain. 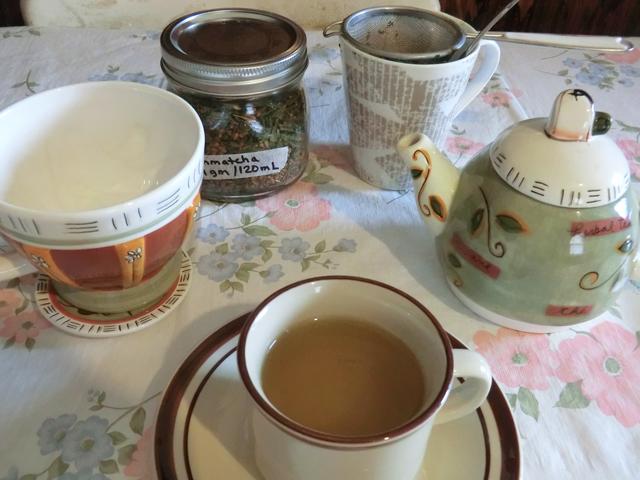 The second tea, mugicha, is a roasted barley tea so it’s caffeine free. I had some pearl barley in my pantry so I decided to roast my own (REAL mugicha is made with roasted hull-on barley). It can be drunk hot or cold (refrigerated/iced). I added honey and lemon to the jar of cold mugicha. 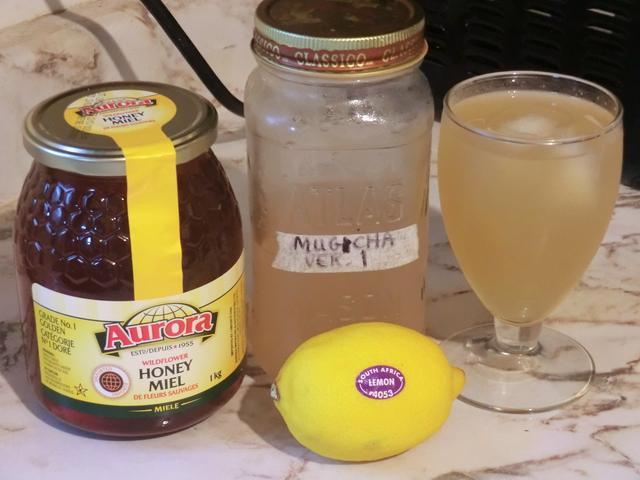 Put the barley in a large dry skillet and toast over medium heat for about 10 minutes, stirring the grains and shaking the skillet occasionally so that they toast evenly, until the grains have turned a dark rich brown color. Remove from the heat and pour out into a bowl or a paper towel to cool.

Before and after toasting (8 minutes) the pearl barley 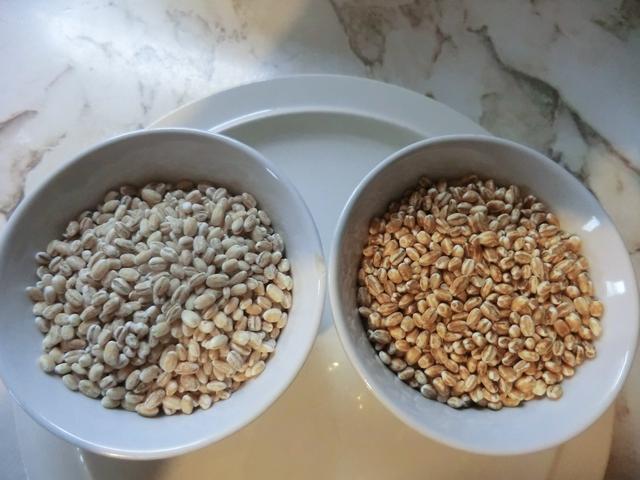 I was curious if it would get darker still so I toasted half the previously toasted barley for another 4 minutes … a total of 12 minutes. I didn’t really see, or taste, much of a difference in the tea made from the two batches. 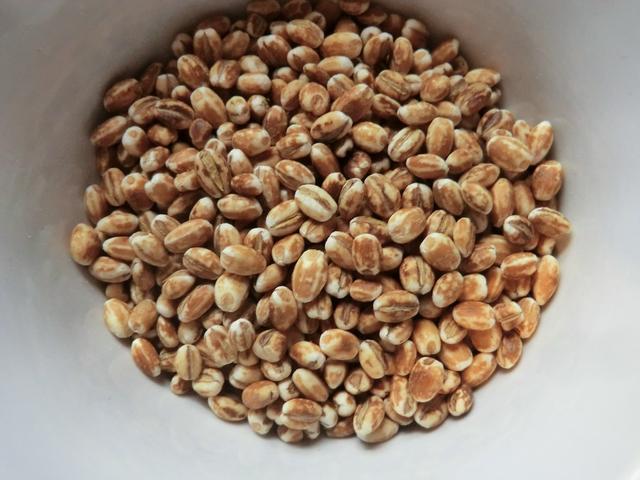 Bring the water to a boil in a pot, add the cooled toasted barley, and simmer over low heat for 20 minutes.  Remove from the heat and let the barley continue to steep as the mugicha cools, for about 5 minutes.

Strain out the barley and drink immediately, or store in the fridge to drink it cold. Flavor with optional lemon and honey or sugar when ready to drink.

There’s nothing like drinking a cup of tea with a biscuit or, in Japan, a rice cracker (senbei). I made my own senbei and shared them in an earlier post but brought home a package ($3.49) to taste test.

There are 8 of these mini packages (each with 2 crackers inside) inside the big bag. 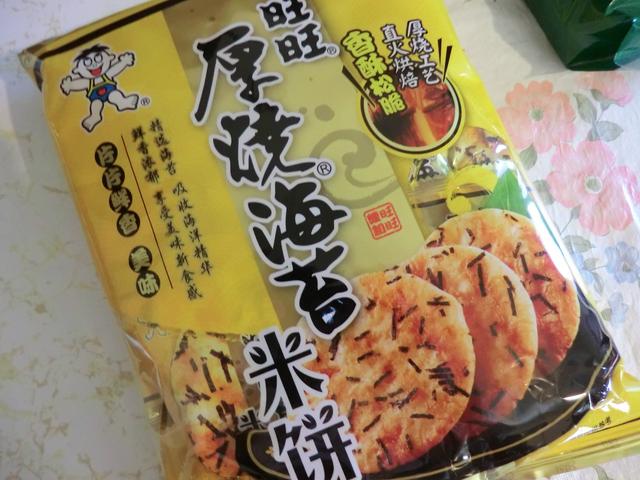 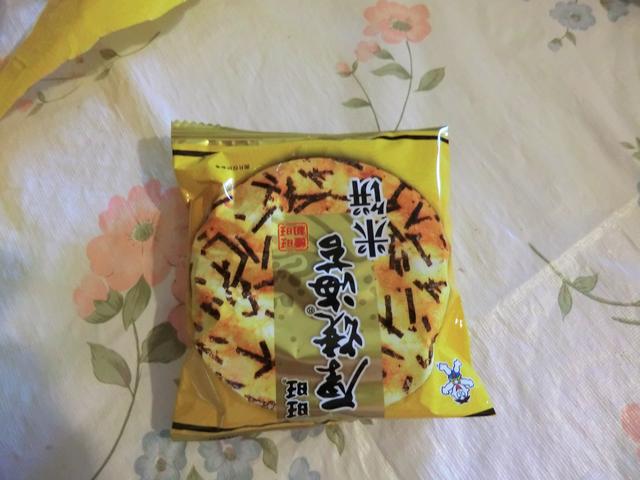 The crackers were basted with soy sauce and had shredded nori sprinkled over the top. 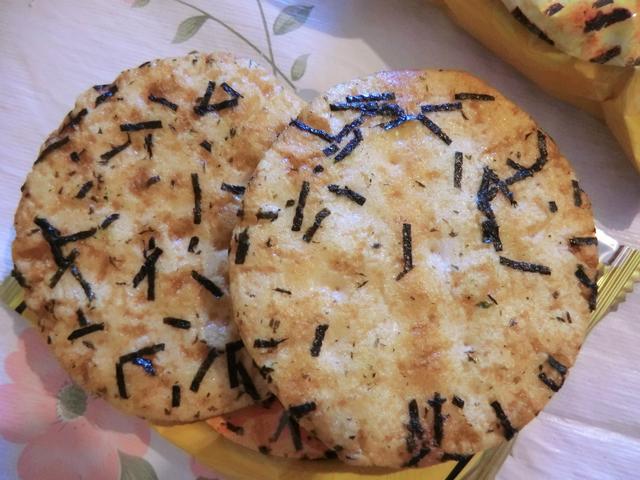 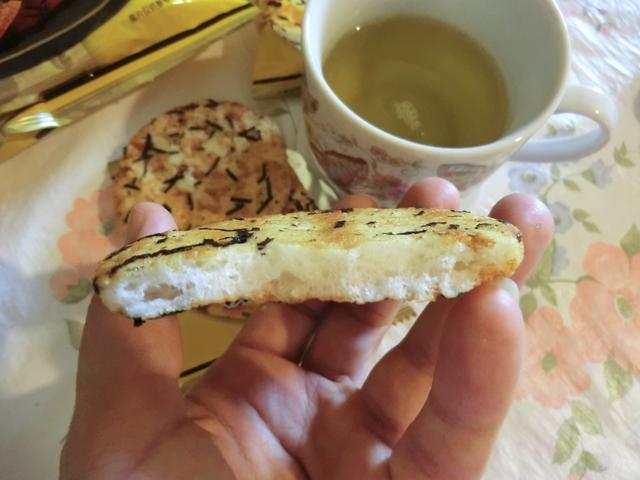 They were delicious but very MOR-ish, so you can’t eat just one mini pack.

Bonus: Strawberry tapioca ball tea … my first time trying this type of tea. Enjoyable as it was refreshing and just slightly sweetened. 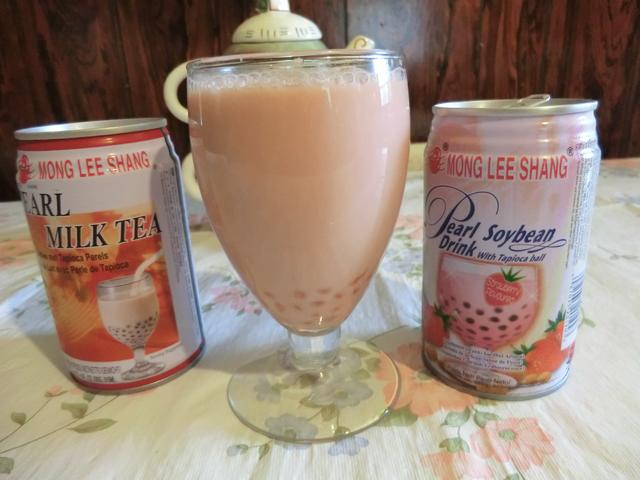 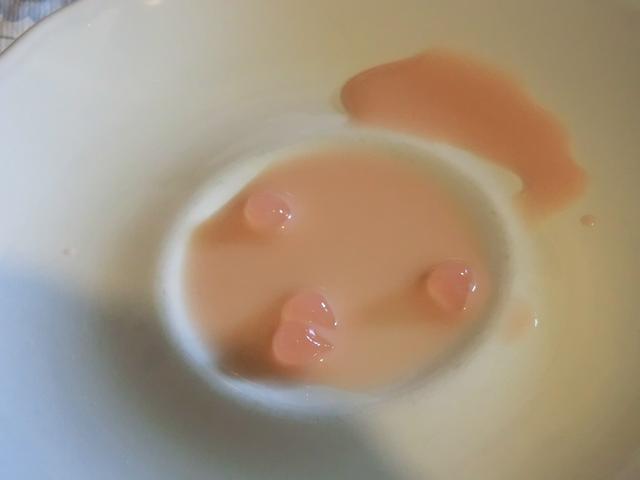