I’ve had a beef/steak craving for a while and picked up a couple of rib steaks (cap off), as well as a tray of pork chops, also on sale this week, with a plan to barbecue. Unfortunately, with Friday and Saturday’s rain and thunderstorms, it took a post-supper lull on Saturday before I could finally throw a few things on the grill.

There’s nothing like chimichurri to dress a bbq’d steak or pork chops. I’ve used cilantro, mint and parsley to make it, in the past, but this batch just used mint and parsley. And for a veggie side … steamed artichokes with a chipotle yum yum sauce (leftovers) to dip into. I’ll share the pictures in a separate post 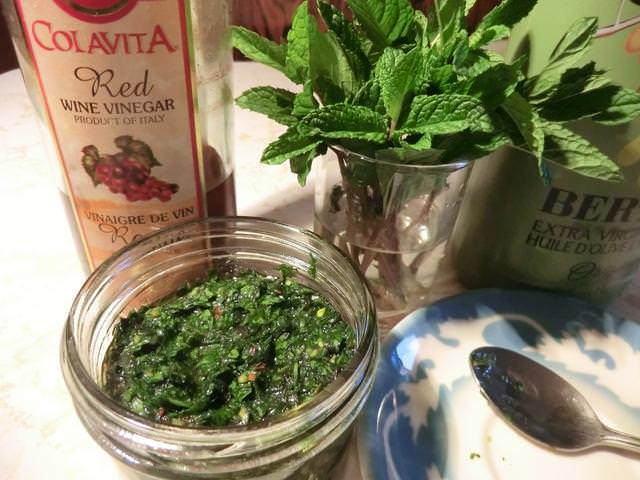 Mint Chimichurri – makes about 2/3 of a cup

** I used extra virgin olive oil since that’s all I had. 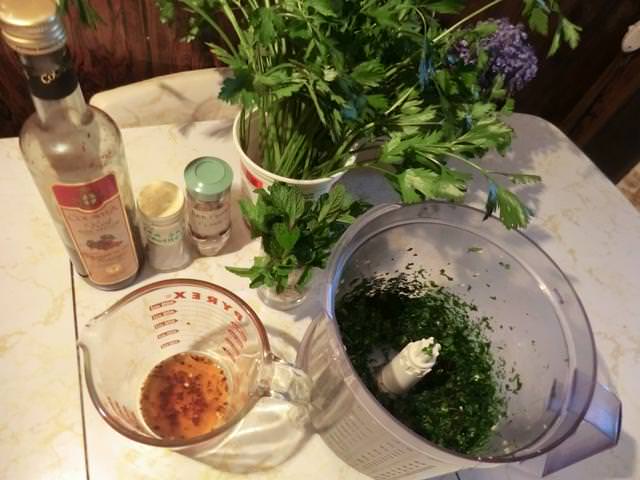 In a medium sized bowl, add the vinegar, salt, and red pepper flakes and stir until the salt has dissolved. Add the mint-parsley mixture and stir until well mixed. Stir in the olive oil.

Transfer to a glass jar, seal and refrigerate. The chimichurri will keep for several days in the refrigerator. 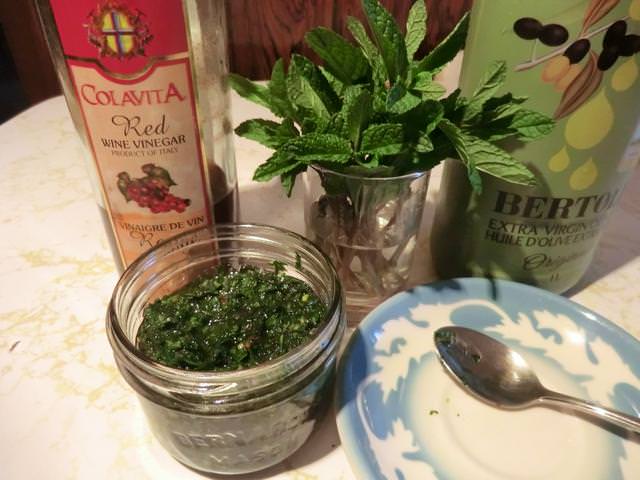 Perfect to serve over steak, lamb or even roasted potatoes!

Steak, potatoes and mint chimichurri – I put the chimichurri on the potatoes for visual contrast though it’s generally served on top of your grilled meat. 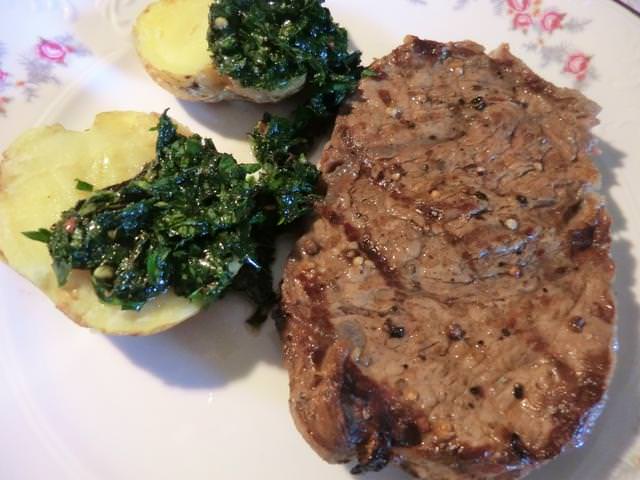 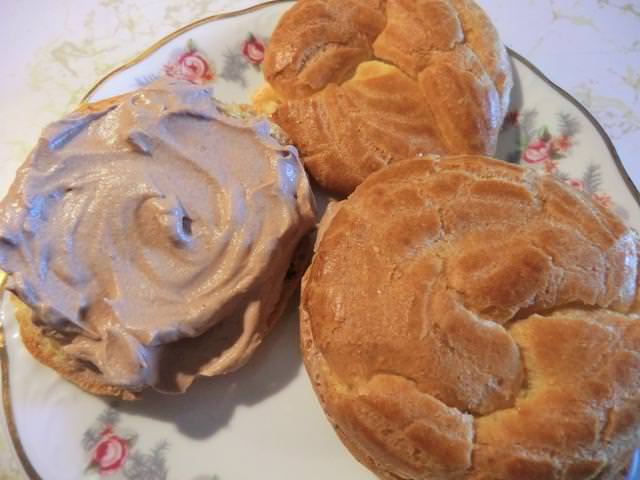 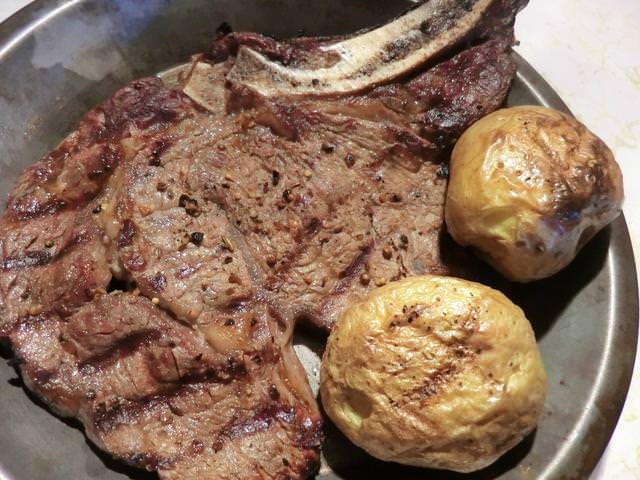 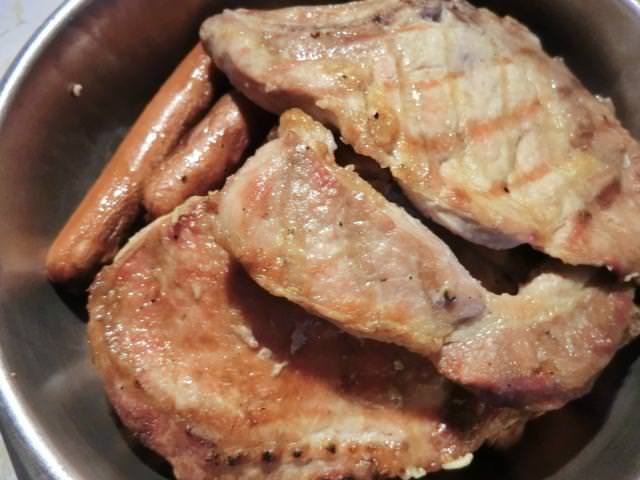