A while ago, I went shopping and came home with a nice clamshell of strawberries. They were on my list. They were even on sale. Trouble, was, I had forgotten why I bought them. (I must learn to write these things down … somewhere.) So there I was, staring at these very perishable fresh fruit while the clock was counting down. I finally came up with few ideas. 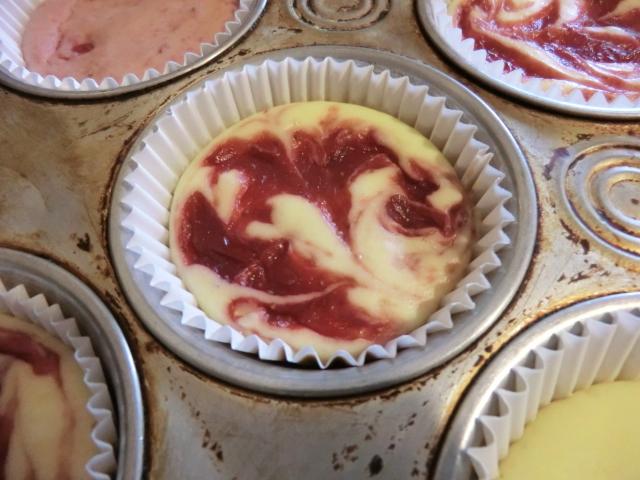 I had a lone banana in the freezer so I made this Banana-Strawberry Smoothie. I’m sure I wrote down the recipe somewhere and when I find it, I’ll be sure to add it.

I know that I used a half a cup each of milk and orange juice, about a cup of washed and hulled strawberries, 2-3 tbsp plain Balkan yogurt and a tbsp of honey for sweetness. And, of course, one frozen banana broken into chunks so as not to strain my blender. An ounce of Cointreau may have found its way in there. Just sayin’. 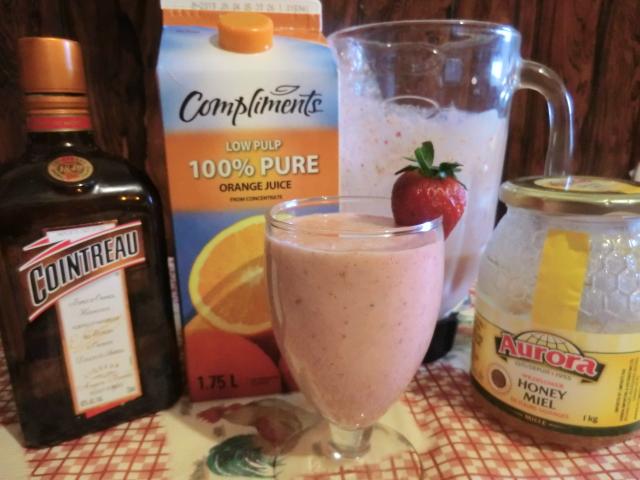 After a bit of searching on line, I found a recipe for a barely cooked, strawberry sauce. and stirred some into a batch of mini Strawberry Cheesecakes. Less is more, as in many things, and I actually liked the marbled version of these minis better. Just a touch of concentrated flavour, and the visual was more striking.

Place strawberries and corn starch in a blender. Cover and puree until smooth. Pour strawberry sauce into a saucepan and bring to a boil over high heat. Cook and stir until the sauce is thick and shiny, about 2 minutes. Set aside 1/3 cup and cool. Cover and refrigerate the remaining sauce for serving.

For a fresh touch, I chopped up some fresh strawberries into small pieces and stirred them into the still warm sauce. 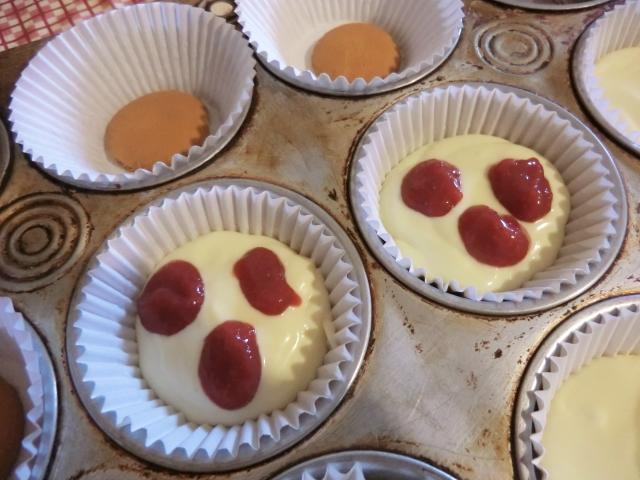 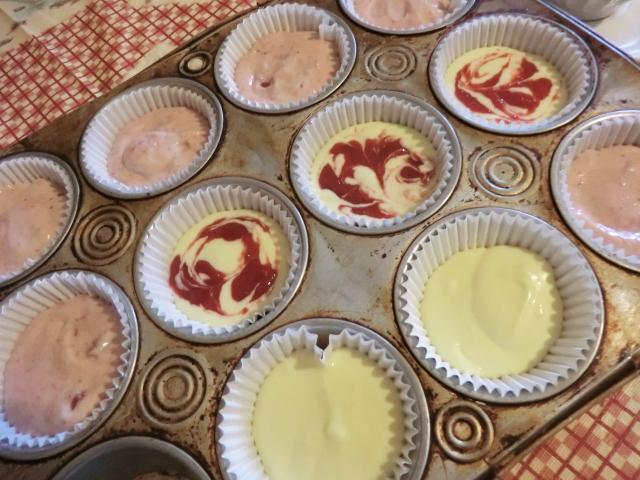 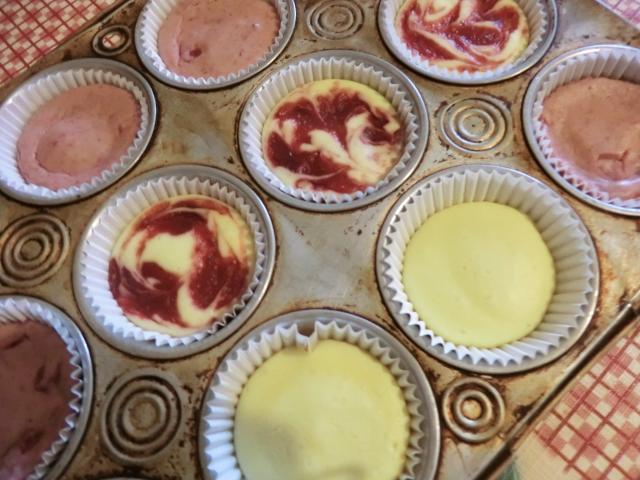 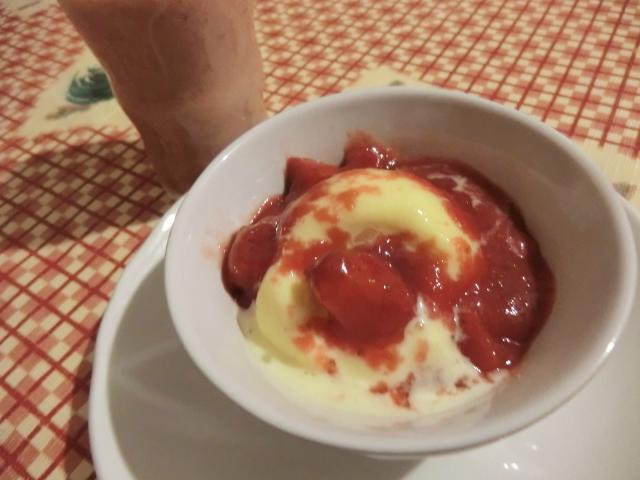 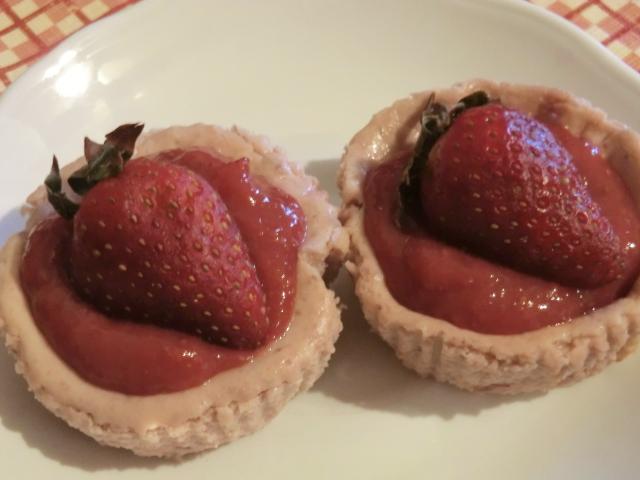 I DID eat some plain. Oh, and I finally remembered why I bought the strawberries. I was going to make a vanilla sponge/Swiss roll and add diced strawberries and whipped cream as a filling. One day, it WILL happen. 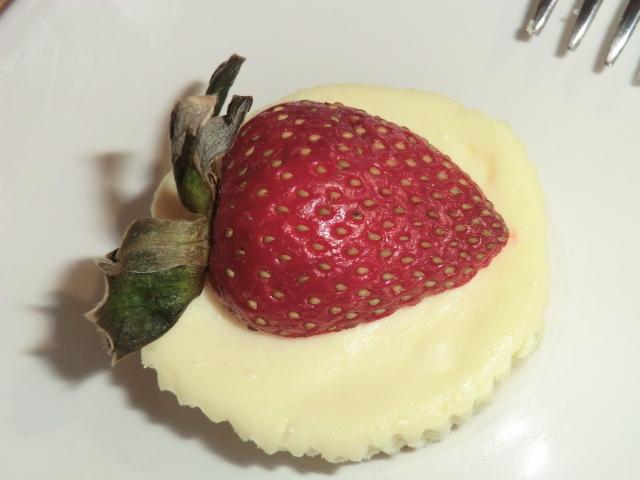 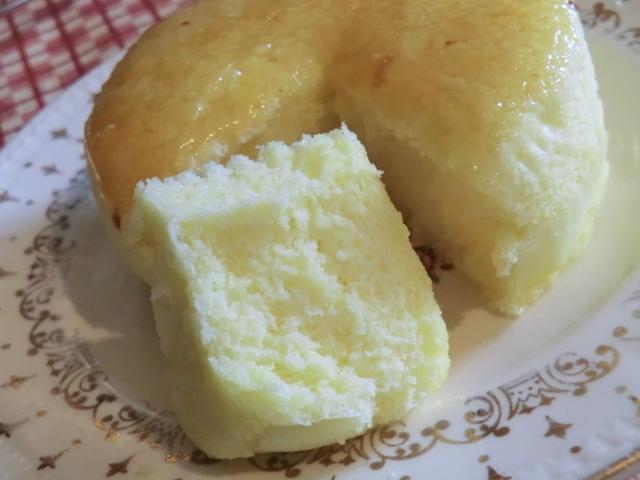 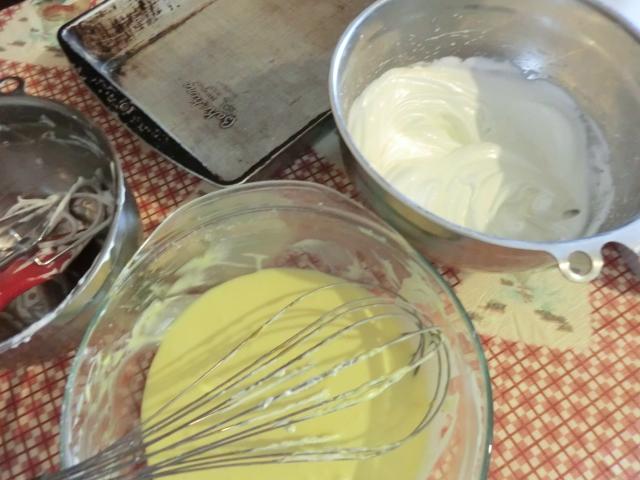 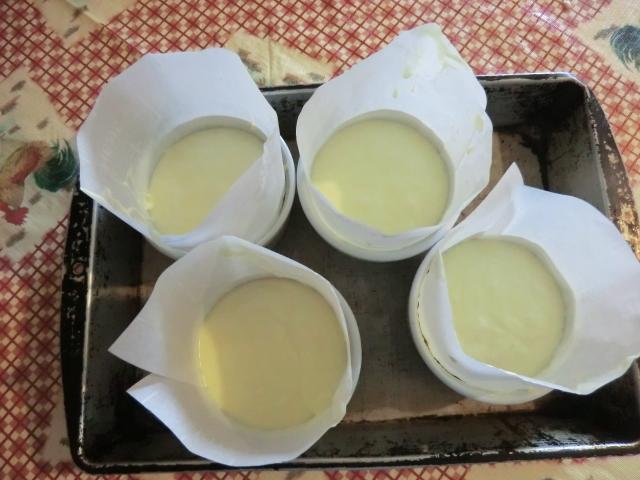 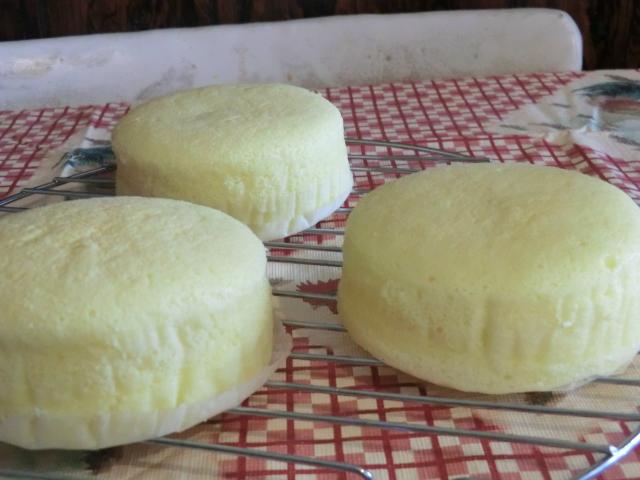 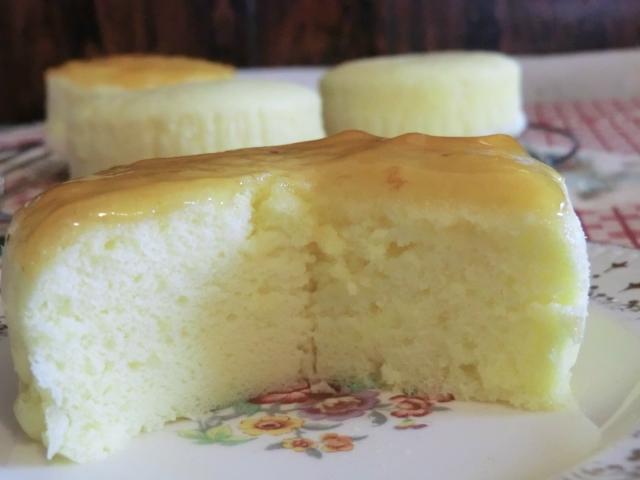 Sorry for the belated post but I’ve been a bit lazy so I’ve got a bunch of stuff to share.

I made an Oreo cheesecake to go with my simple boneless leg of lamb roast New Year’s dinner.

The slices I cut for my dinner were from the fatty end of the roast and a BIT underdone so the roast, including the slices you see on the plate, went back into the oven for another 15 minutes. (Lesson learned, try the directions ON the package before you get creative.) The lamb looked like the picture below when I ate it.

The much nicer end of the roast

I didn’t have a lot of inspiration for a pretty cheesecake plating so here’s a profile shot.

Most of the cheesecake went into the freezer.