A quick and simple noodle dish with few ingredients, and, if you already have some egg noodles in your pantry, you just have to cook the pasta and assemble the dish. 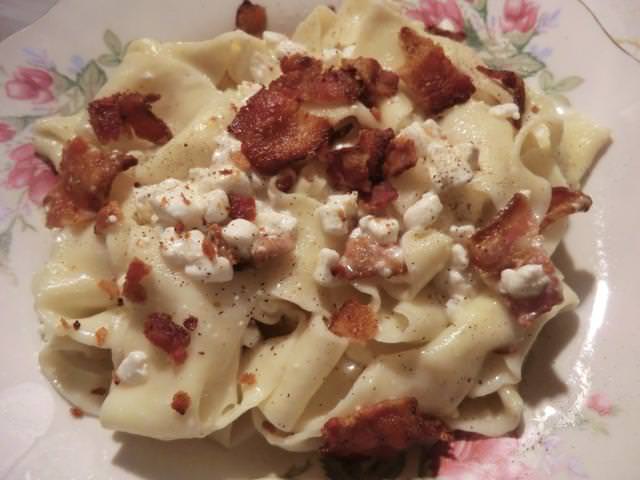 Season with salt and pepper and serve, sprinkling the last of the bacon over the top.

I had the day off so I decided to make fresh egg noodles rather than cooking dried ones from my pantry. 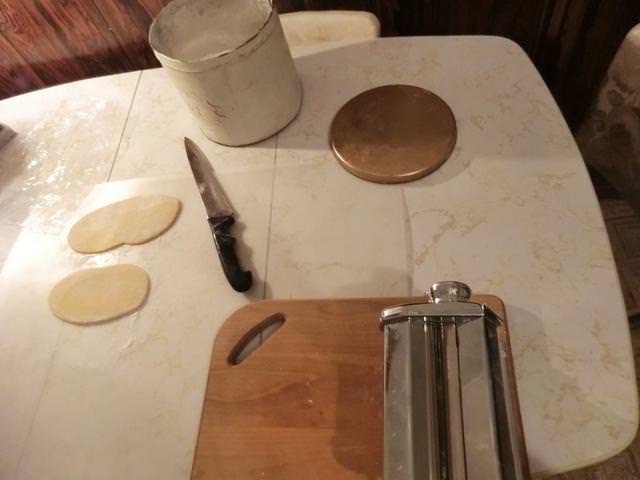 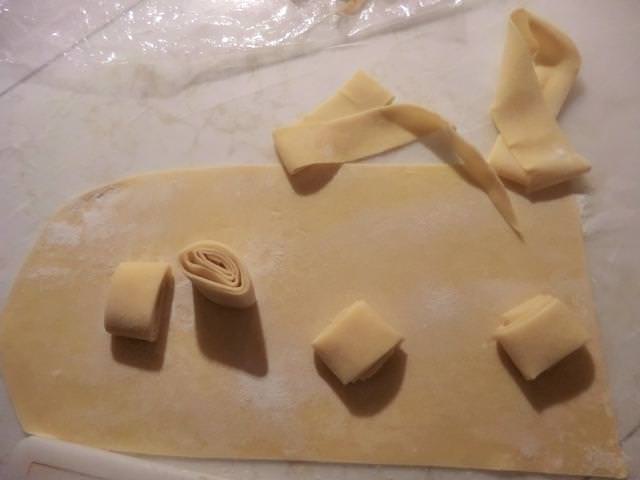 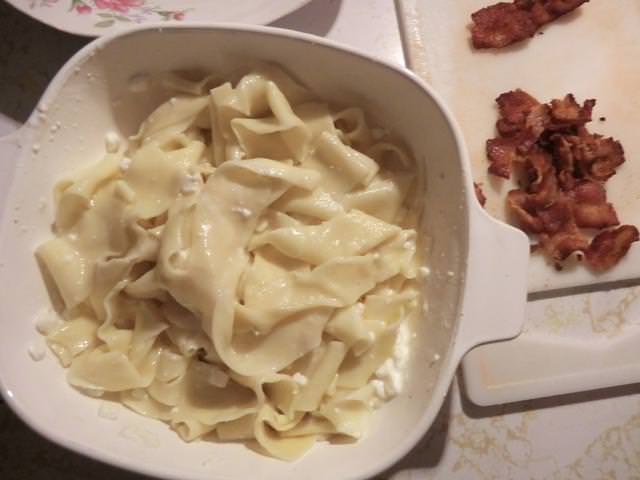 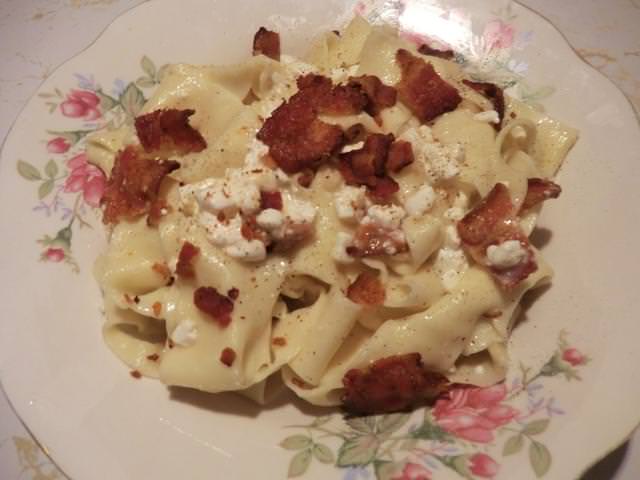 My mom only made one kind of gravy.

It started with bacon fat.

About once a month, my dad would slice up slab bacon with the thick rind on it, like in “the old country”, for the two of them. It took forever to render down enough of the fat to get any bacon grease but the results were worth it. (My brother and I liked the regular kind of bacon – thin slices, plumped up with water so it didn’t have a lot of flavour – but it crisped up quickly and the drippings were SO tasty.)

After frying up a pound or so of the bacon in her old cast iron frying pan, my mom would drain off most of the fat, leaving a few tablespoons in the pan, and add about the same amount of flour. She’d whisk the flour into the fat and cook the mixture (roux) for a while. The flavouring was about half a small can of Unico brand tomato paste. And then she’d add water and cook it up until it got nice and thick.

A bit of salt, and, at the end … well, each of us would add some of that tomato sauce or gravy to a soup bowl and dip in chunks of Italian bread and a few strips of bacon for a simple but filling brunch washed down with a cup of hot coffee.

Since she never measured anything, sometimes there’d end up being a lot of smooth, tangy and tasty tomato gravy. And sometimes, it would be lumpy and the flavour would be just slightly flat. Still, I never remember there being any leftovers.

Weekend Brunch – I didn’t have any bacon to fry up but I boiled up a smoked picnic shoulder ham and sliced off some of the uneven pieces and served it with tomato gravy and slices of home made French baguette to dip into it.

Over the years, I’ve learned to make different kinds of gravy. Turkey, breakfast sausage, pork chop pan gravy and buttermilk gravy. Sometimes the flavour is just slightly flat, sometimes it’s not as smooth as I’d like especially if I’m in a hurry or distracted with other things.

Recently, I ran across a treasure in the freezer. A container of duck drippings and fat. I thawed it, lifted off the layer of hard duck fat on top, and guess-timated how much flour I’d need to add for my roux. I ended up with about a cup of duck juices, jellied and dark and flavourful. A bit of chicken stock to extend the contents and this was the result. A delicious bowl of duck gravy.