Sometimes I run across recipes posted in the blogs I subscribe to that I have to make ASAP because they look and sound amazing. 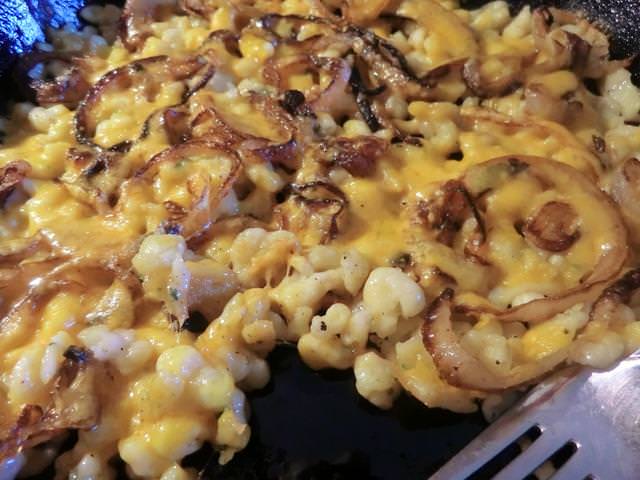 I only had about a cup of leftover spaetzle/nokedli in the freezer, so I had to estimate the amount of cheese (old/sharp cheddar) that I used and cut up the smallest onion I found in my mesh bag of onions. I used real butter, rather than margarine, to cook the onion, as the recipe recommended, and tried to slice the rings as evenly as possible so that they would cook at the same rate. As the thinner rings caramelized, I removed them from the frying pan to try to avoid any burning. (Well, I tried.) 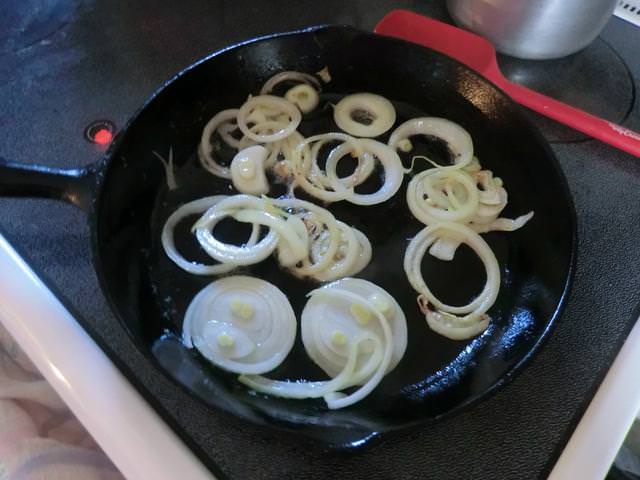 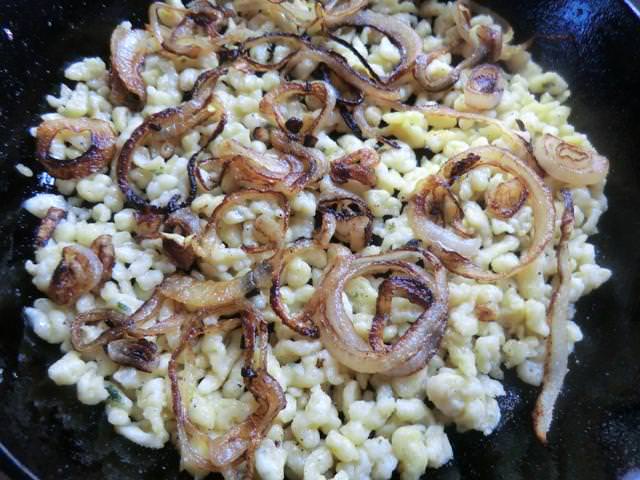 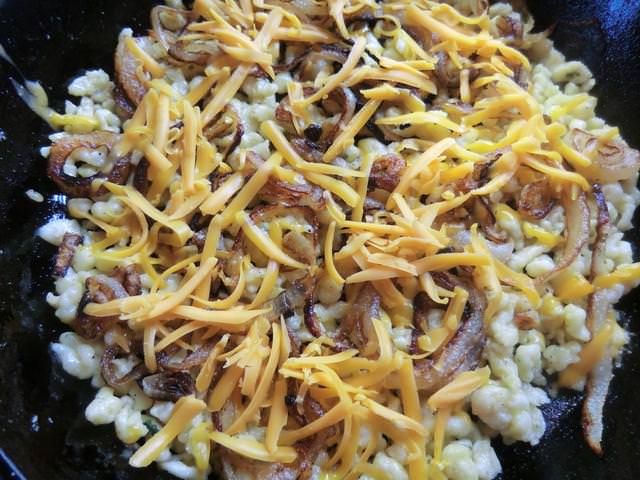 It took less than a minute under the broiler to melt the cheese … and then I dug in. 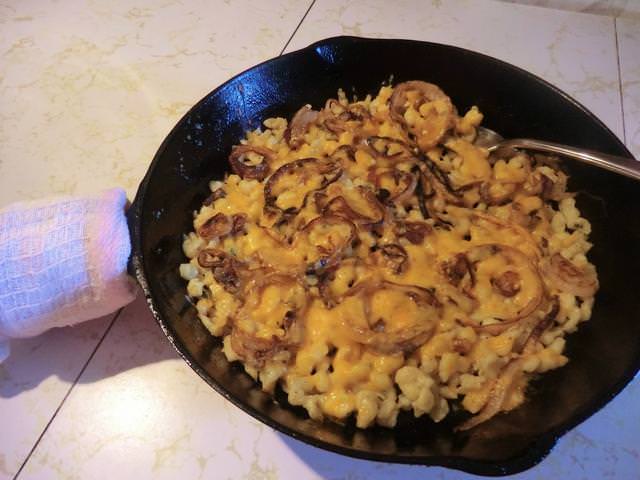 I had intended to leave half of the dish for the next day but ended up finishing the pan cause it was just THAT good.

When I was growing up my mom would sometimes refer to something called fasirt. I don’t remember ever equating them with ‘regular’ hamburgers that she would make and bbq in the back yard, but there are many similarities between the two. I recently learned that there is a German/Austrian term, ‘faschiertes’, which refers to minced meat. Since we lived in Germany briefly before we came to Canada, it is possible that she conflated the two words. In any case, the term was vaguely familiar to me, but I didn’t know much more than the word itself.

Today’s post shares one of the several versions of fasirt that I’ve run across. Pork is used exclusively in some recipes while a combination of pork and beef is used in others. I had one pound of lean ground beef and one pound of lean ground pork in my freezer. So that’s what I used. For a first effort, I was quite pleased with the results. I would recommend frying the patties just before serving, so you can enjoy the crispy outside and the moist, tender interior. Standing doesn’t affect the taste just the texture. 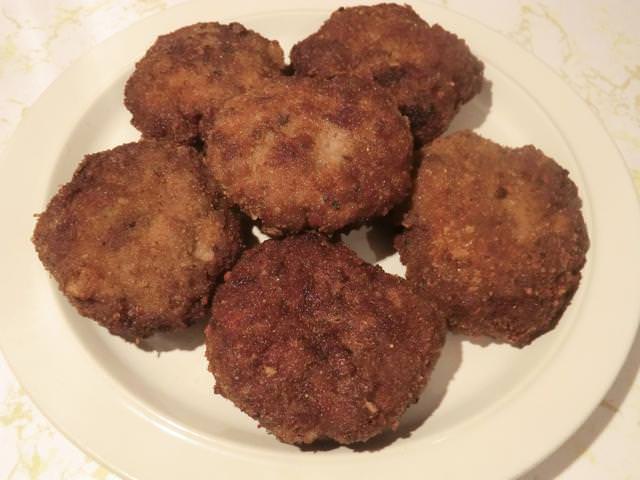 For the meat patties 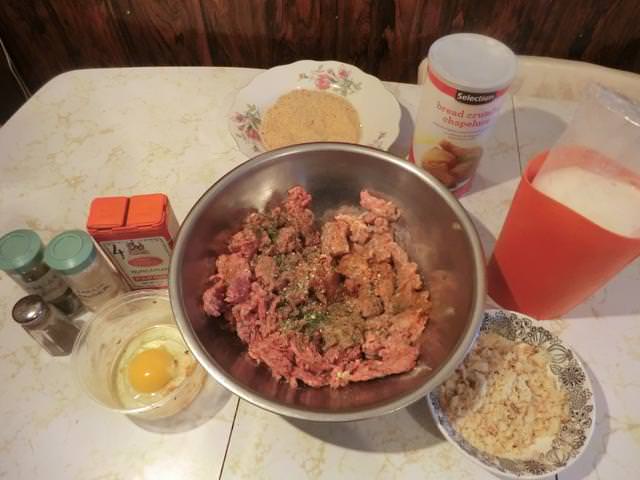 In a small bowl, place the fresh bread crumbs and pour the milk over the top. Let the bread soak for about 15 min. Squeeze out any excess milk. (No excess milk found.)

Mix the patty ingredients together, divide into 2 oz portions, shape into balls and pat out into ~ 2 1/2 inch diameter patties. (NOTE: I didn’t over handle the meat mixture but the patties still rounded up a bit more than I wanted. You may want to pat the meat out to a 4 inch diameter.) 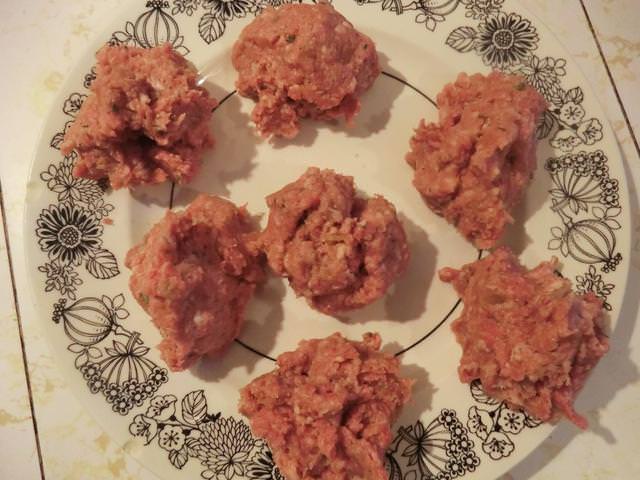 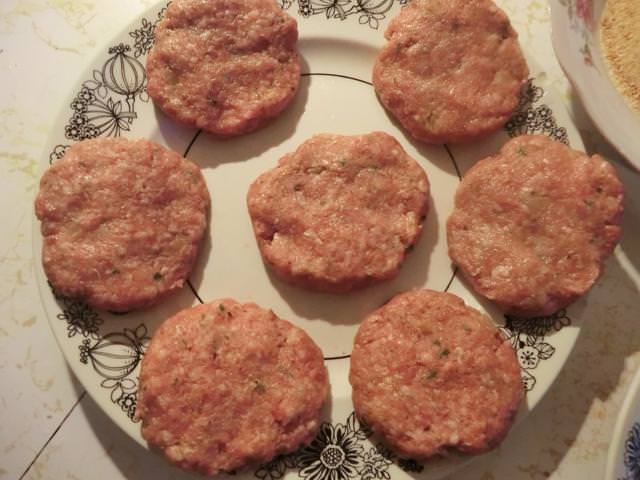 Lightly coat patties with breadcrumbs, shaking off any excess crumbs. 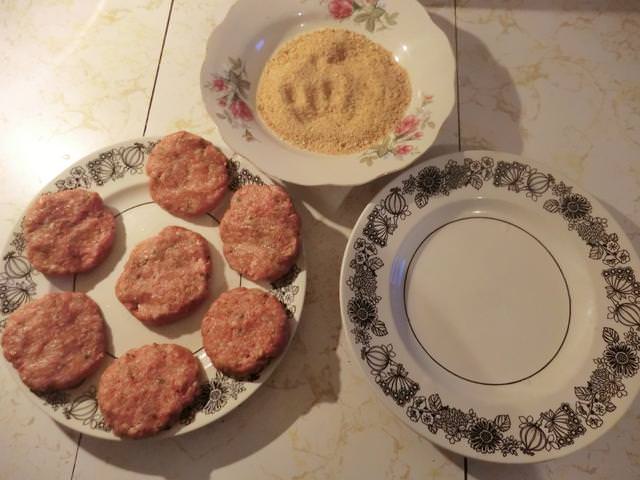 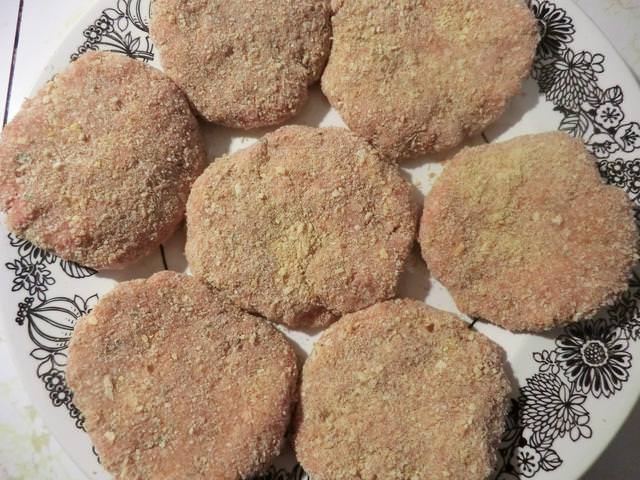 In a large cast iron frying pan, heat vegetable oil to medium and then fry the patties about 2 min per side, or until the juices run clear and, if cut open, the center is no longer pink but still moist. 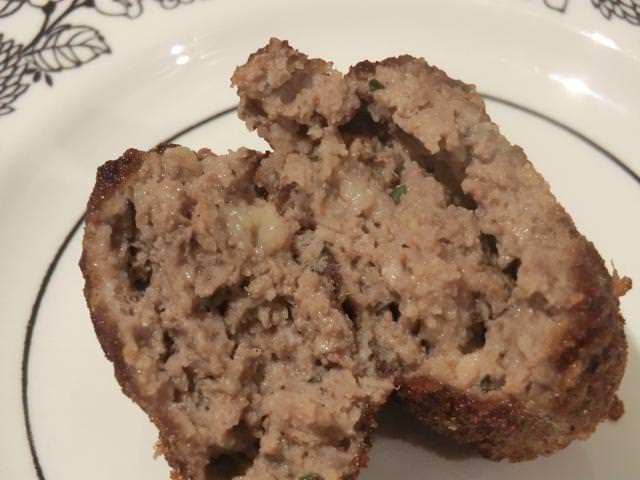 Serve the patties with mashed potatoes, creamed spinach or peas and pickles. Or just dip them in some yogurt based tzatziki. 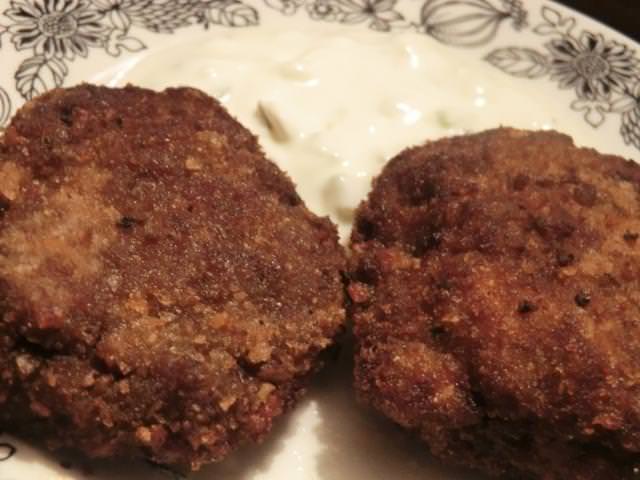 I haven’t made these free-form egg noodles (or dumplings) in some time. They’re a variation on regular pasta and traditionally served as a side dish with stews and cutlets. In Hungary, they’re known as nokedli while in Germany/Austria, they’re called spaetzle.

I’ve posted a nokedli recipe before but this is a half batch made with parsley and combined with eggs. First though, one of the traditional dishes served with the nokedli. 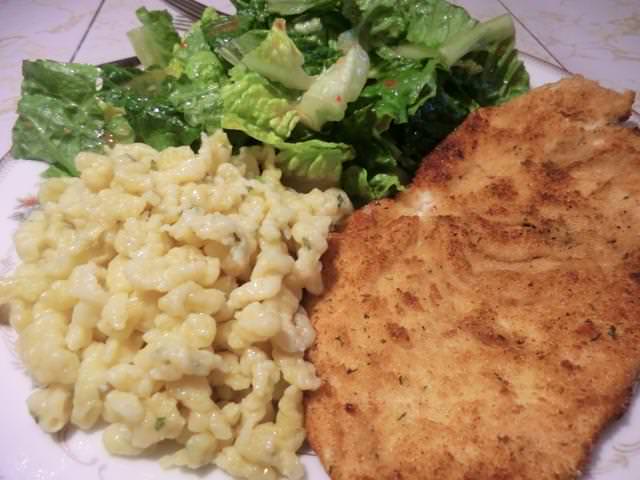 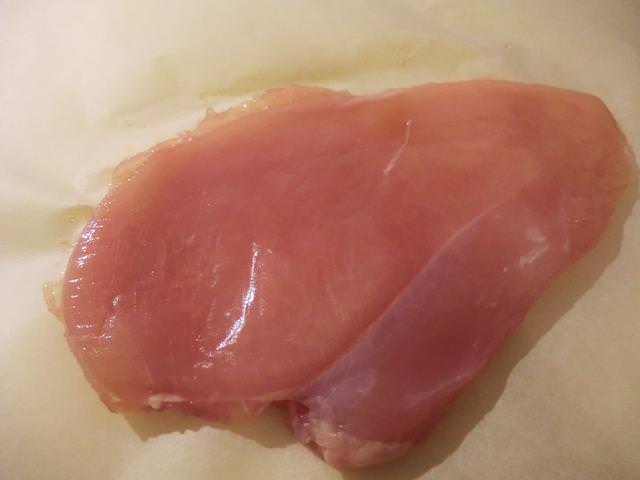 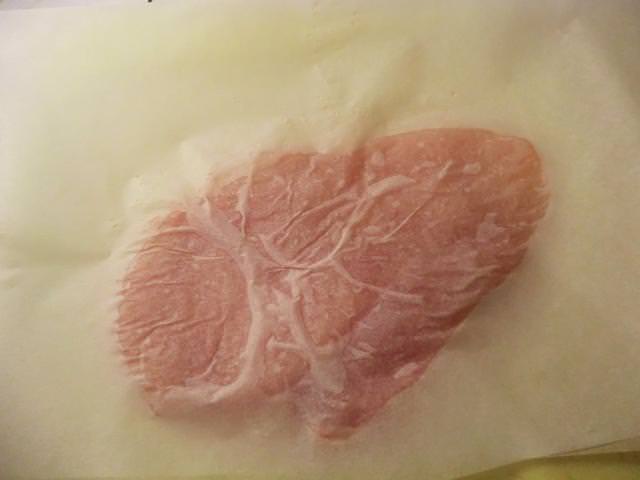 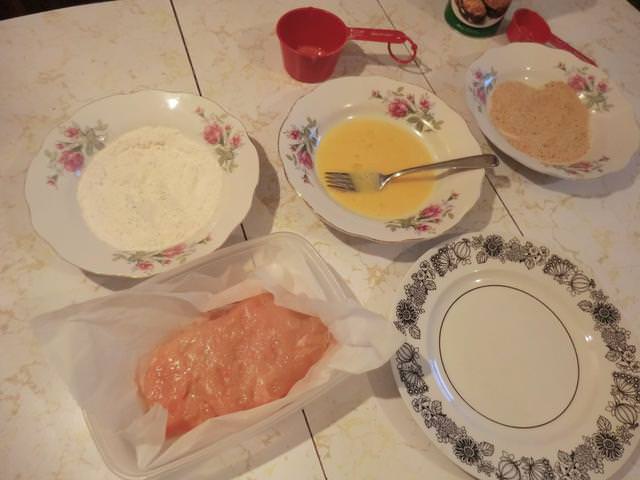 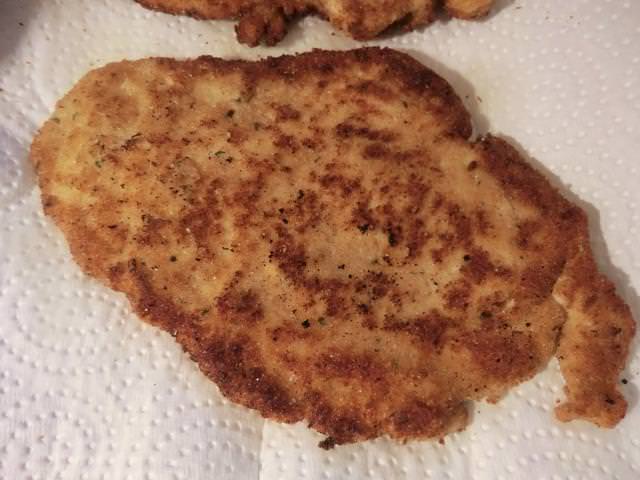 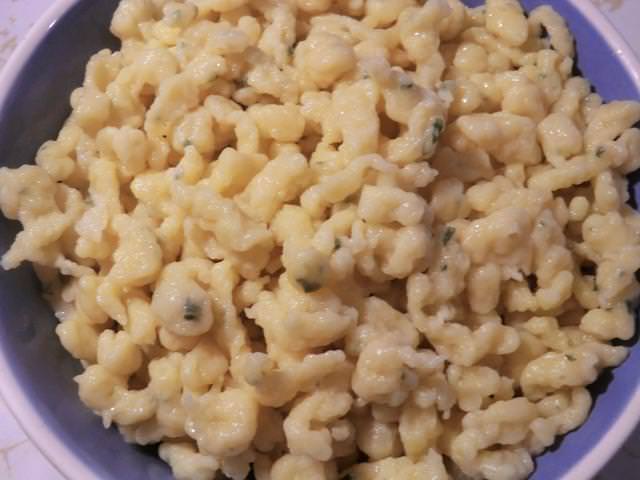 Bring a large pot of water to a boil. Add a tablespoon of salt to the water. 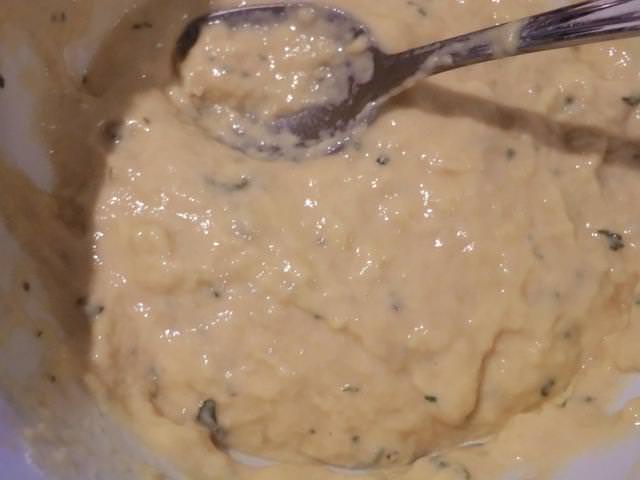 Place a dumpling (or spaetzle) maker over the pot. Push the dough through the holes into the boiling water below. When the dumplings float, scoop them up and place them into a large colander to drain.

(Rinse the dumplings under cold running water if not serving immediately. Drain the dumplings shaking the colander to remove all excess water. Reserve to heat up with melted butter for later.)

Pour the dumplings into a large bowl and add the melted butter. Toss to coat with butter.

Serve with chicken paprikas or add to a stew for more body. 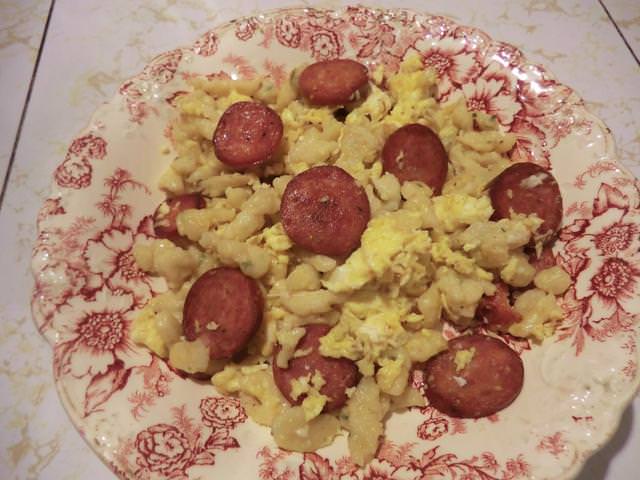 2 cups of nokedli from recipe above
2-3 eggs, beaten with a pinch or two of salt and several grinds of black pepper
2 cooked Debrecener sausages, sliced or 4 slices crispy bacon, chopped (optional)

Warm up the nokedli in a large saute pan. Pour the beaten eggs over the nokedli.

Stir continuously until all the eggs are cooked. Add sausages, if using. 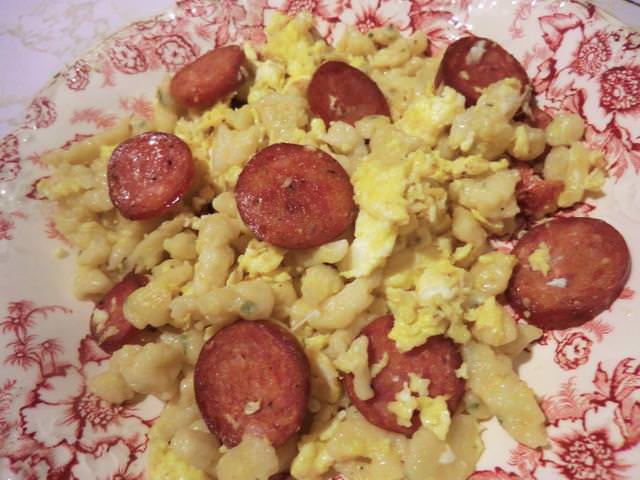