No, you’re not having a flashback to four months ago.

I just realized that I never posted the meal for this past Easter.

Which was a shame, because I made a delicious Tuscan bread and vegetable soup called “ribollita” for starters … 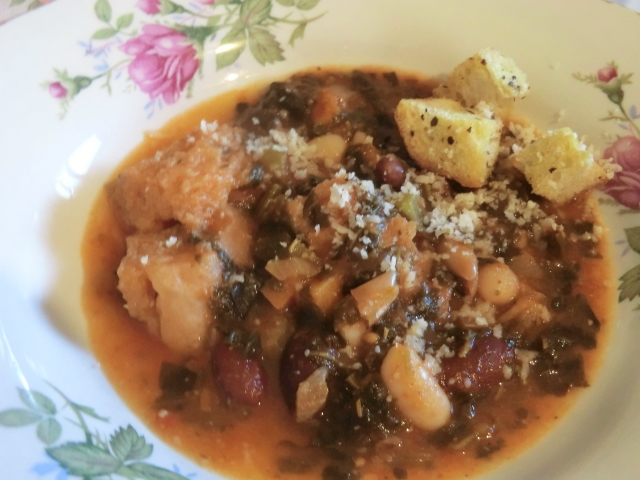 … baked lamb chops seasoned with rosemary and garlic, risotto and asparagus for the main and vanilla “cake for one” filled and frosted with a vanilla buttercream and decorated with Easter jimmies for dessert. A simple lemonade spiked with raspberries and blackberries to wash it down. 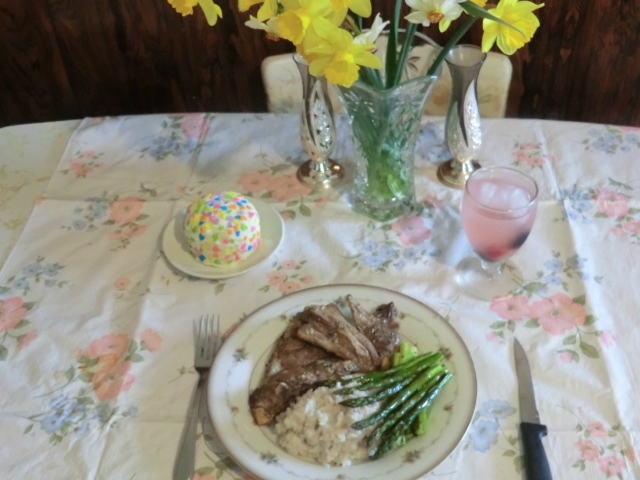 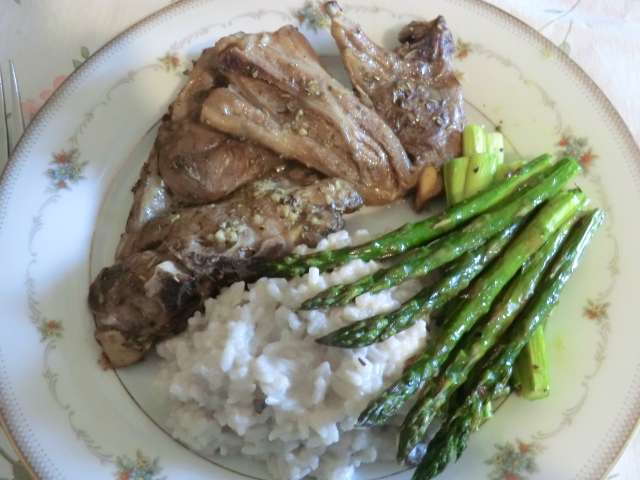 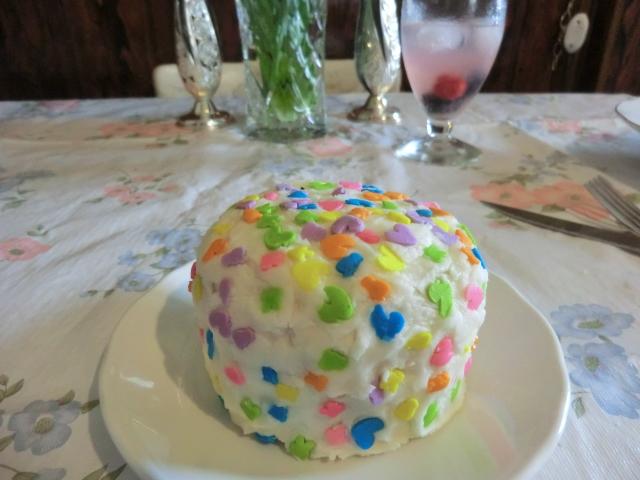 It’s been so long since I made the soup that I can’t remember which adaptation I used of the four recipes I have saved in my Italian folder. Based on the pictures of the ingredients in the photo folder for the soup, I’m guessing this one. Though I didn’t use canned beans but cooked cannellini beans from dry.

Home made croutons were used both in the soup itself as a thickener and, seasoned, as a garnish that was stirred in just before serving. If you like your croutons crunchy, serve a bowl of the croutons on the table and let each diner add their own. 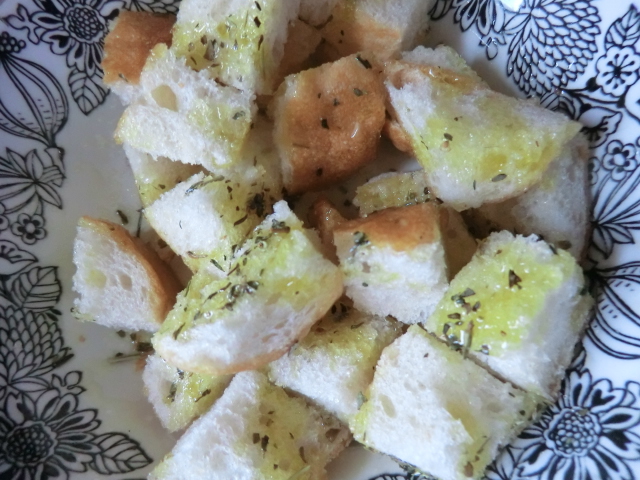 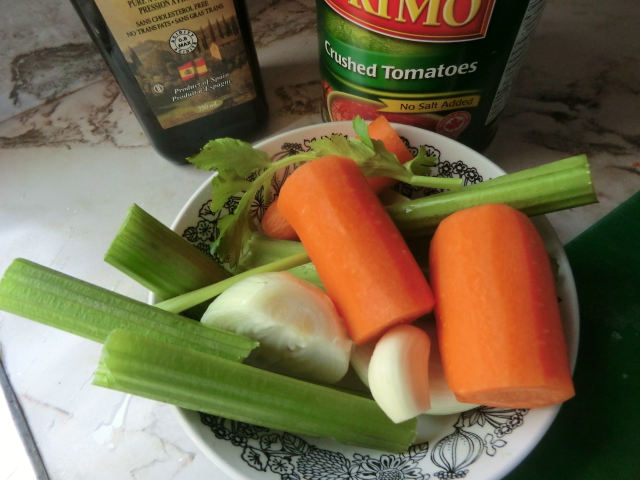 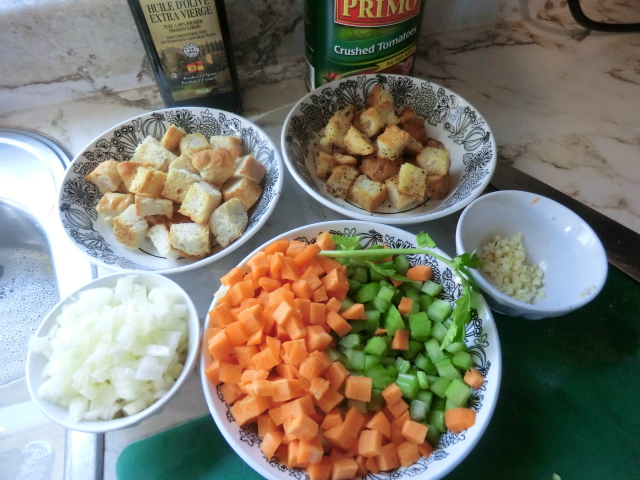 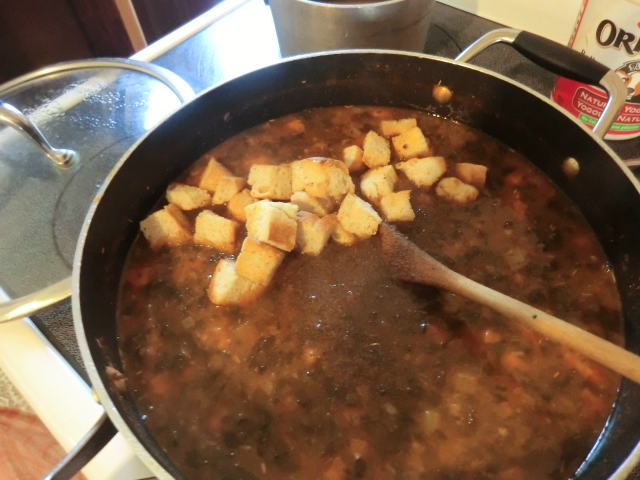 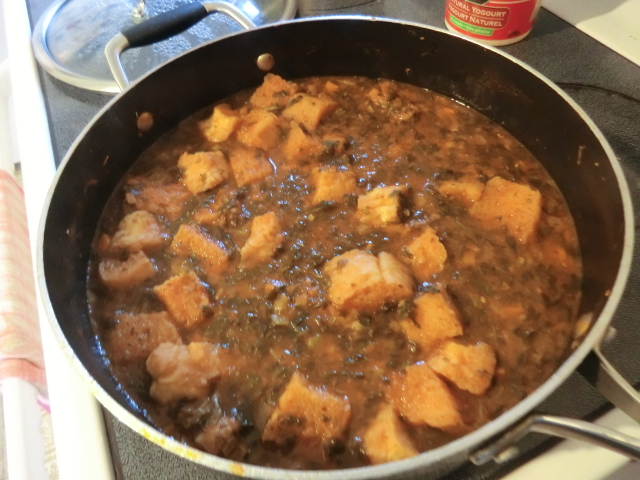 It was a great meal … even in retrospect.