Even though my proteins of choice are usually chicken and pork, every once in a while, beef is available at a good price. Here are a few dishes I’ve made featuring those purchases.

A pre-seasoned corned beef brisket bought on sale (~40% off) was featured in both dinners and sandwiches for economical and tasty meals. 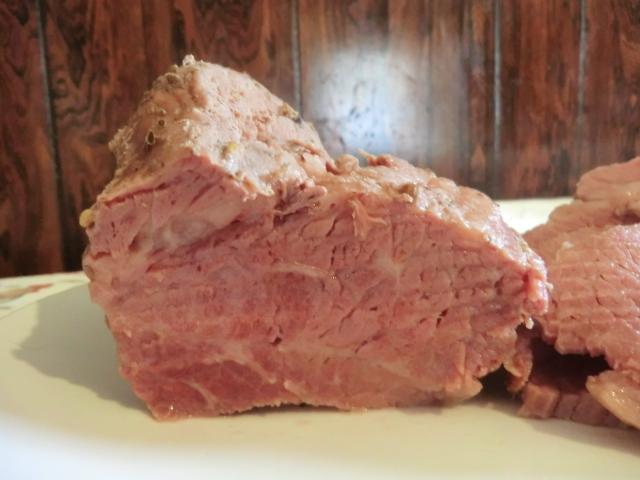 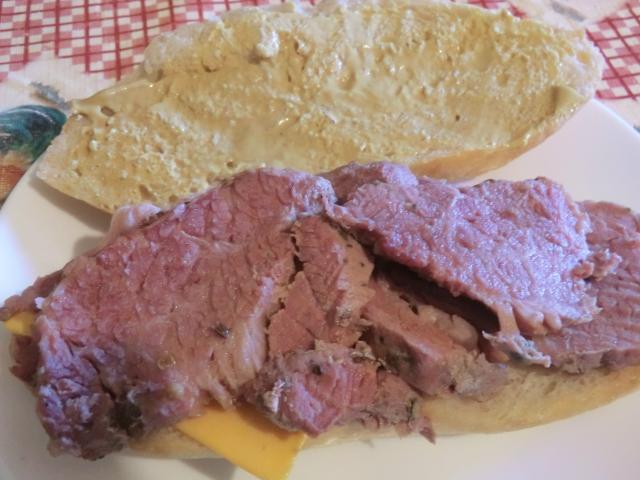 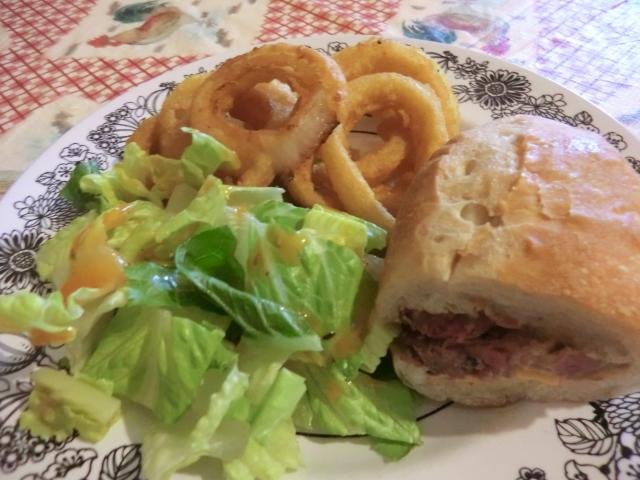 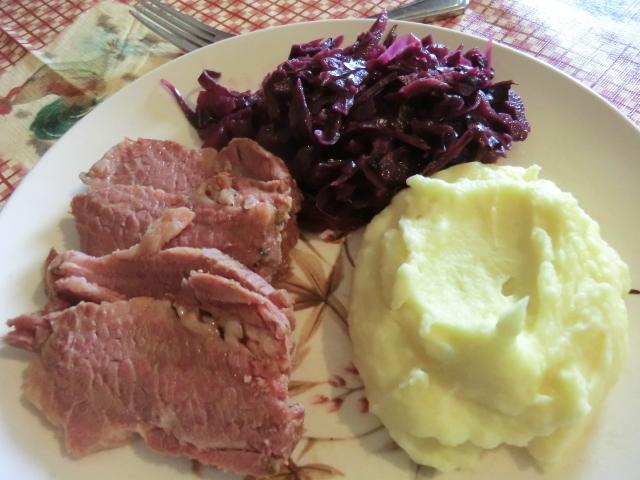 And a large piece of eye of round (often found for a good price) was portioned into three pieces, each of which was prepared in a different fashion, to maximize flavour and tenderness.

Eye of round braised in an onion soup mixture … some of the braising liquid was used to make an onion gravy served over the sliced beef and over the mashed potatoes. 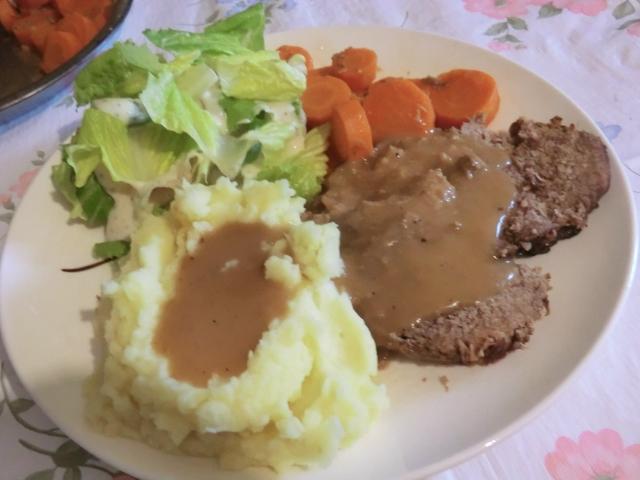 Roast was coated in seasoned flour, seared and simmered in braising liquid.

14 thoughts on “Beef Picspam: Corned Beef Brisket and Braised Eye of Round Roast”