I haven’t made this delicious, fluffy bread in years. 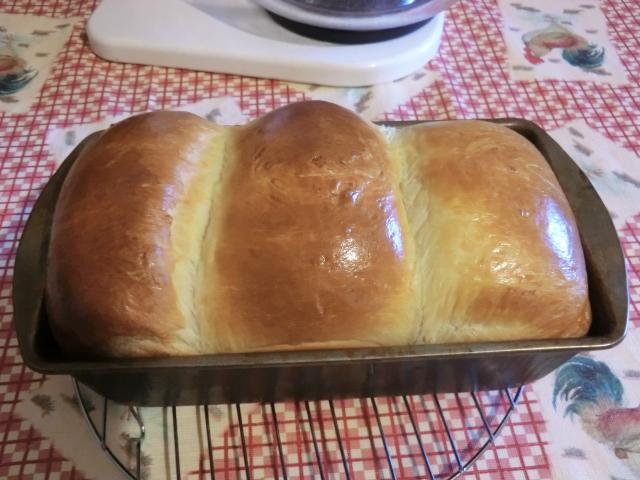 And I DO mean, years.

This was my first attempt. And then I made it again.

It’s easy enough to make … except for the fact that you should really use a stand mixer to knead it for the 10-15 minutes needed to get it to the point where it passes the “windowpane test” and my inexpensive stand mixer travels across the counter, risking falling off, with the effort. Still, I decided to make it again, because I wanted to ‘sort of’ participate in a bread baking challenge on the Bread Baking FB group. I’ve actually made the recipe they used before, so I decided to try a slightly different recipe. That’s why it’s a ‘sort of’ participation.

The technique behind this bread is based on making a cooked ‘roux’ of flour and water which is incorporated into the bread dough. This roux is called a ‘tangzhong’.

Here’s a picture of the tangzhong … it’s glossy from the cooking process or ‘gelatinization’ of the flour and water. 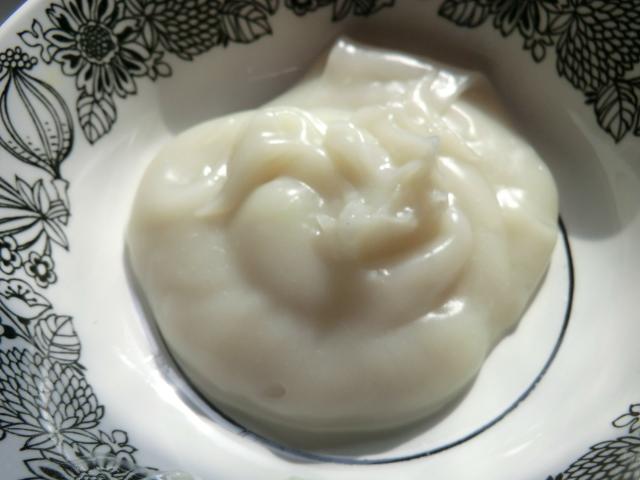 The name refers to the milk or cream and milk powder used in the recipe. And Hokkaido … well, it seems that the milk produced in Hokkaido, the second largest prefecture, or district, in Japan, is something special. Incidentally, the capital of Hokkaido prefecture is Sapporo. Where that famous beer comes from.

Anyway, this is the recipe I used. I was going to knead by hand, but after about five minutes, I dug out my stand mixer and let it do the job. 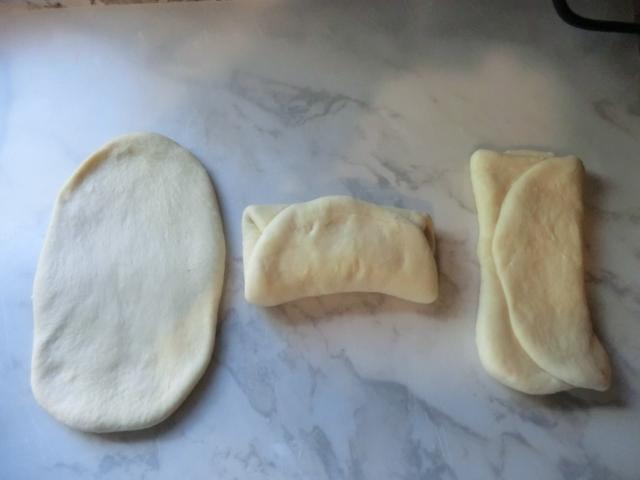 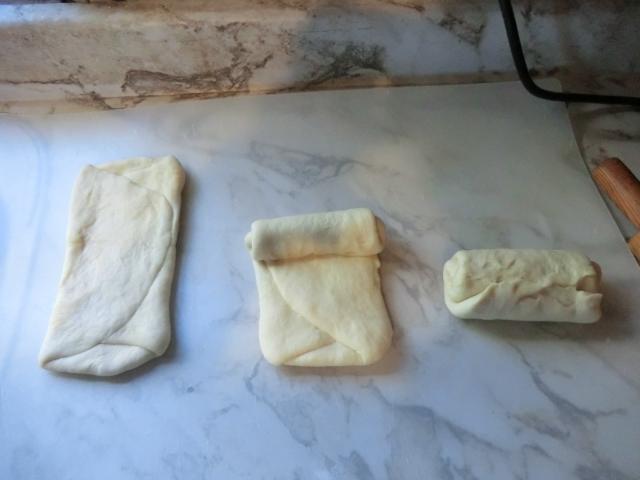 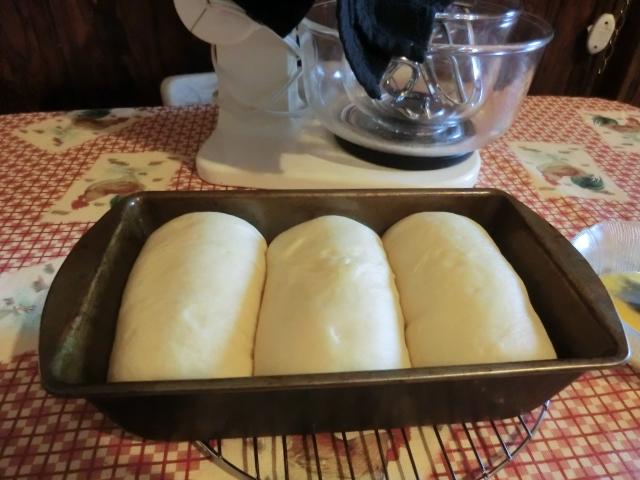 Characteristically, three or four mini-loaves are shaped and baked together in the loaf pan. (I greased the loaf pan but it still stuck and tore one of the mini-loaves. Next time, I’m lining the bottom with a sheet of parchment paper.) 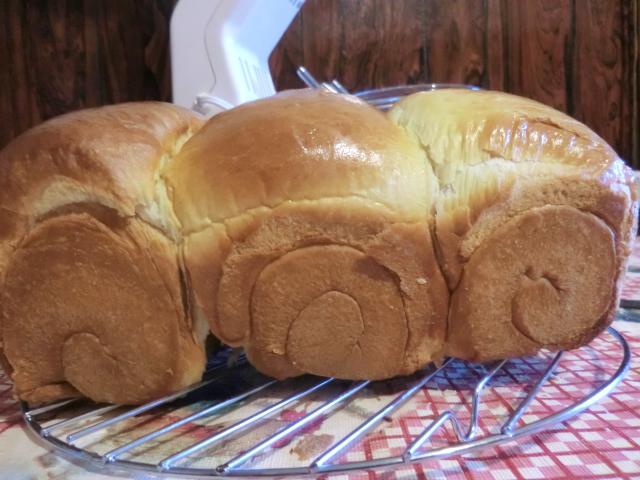 Tearing the mini-loaves apart gives you an idea of the texture of the bread. 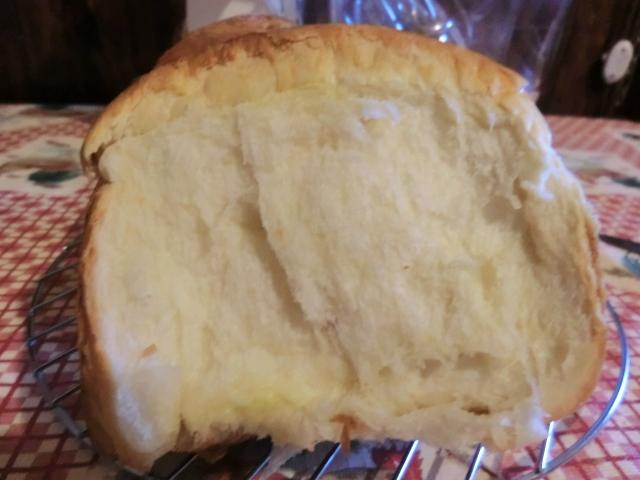 It’s a very tasty bread. Light and fluffy. A bit sweeter than I like, which I knew, but, rather than reducing the sugar, as I was tempted to, I stuck to the recipe. The bread is long gone, by the way.

I’m in the process of making the current “bi-weekly challenge” … an artisanal loaf using lager beer. Fortuitously, my brother brought over a 4-pack of Dos Equis Premium today/yesterday when he came to take me out for lunch. The challenge before this was a 2-hour no knead bread.

Here are a few pictures. 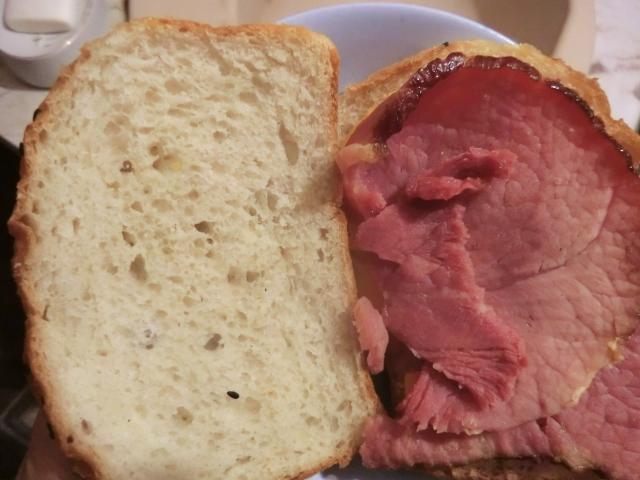 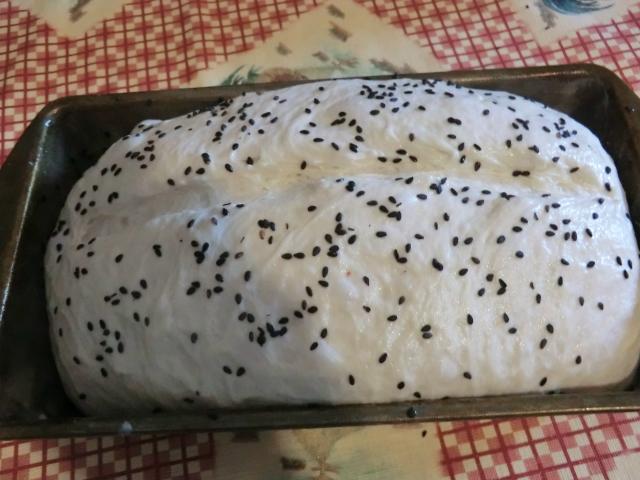 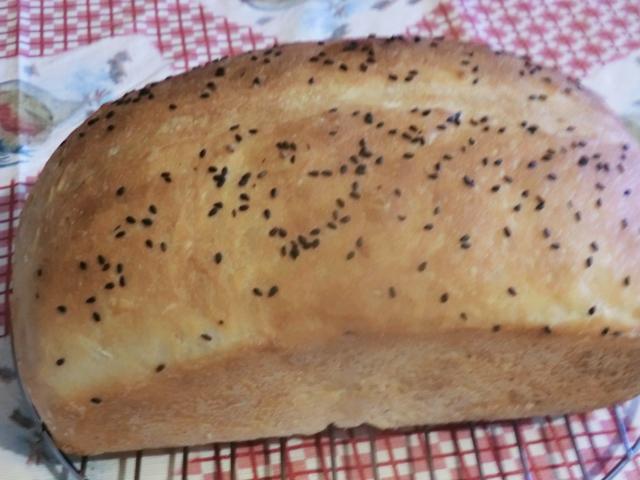