This Japanese mixed rice dish was inspired by a recipe posted on TabiEats. I had to make several changes since I didn’t have either the burdock root or any of the mushrooms they used. I transcribed the instructions from the video and rewrote them to make reproducing the recipe as simple as possible. 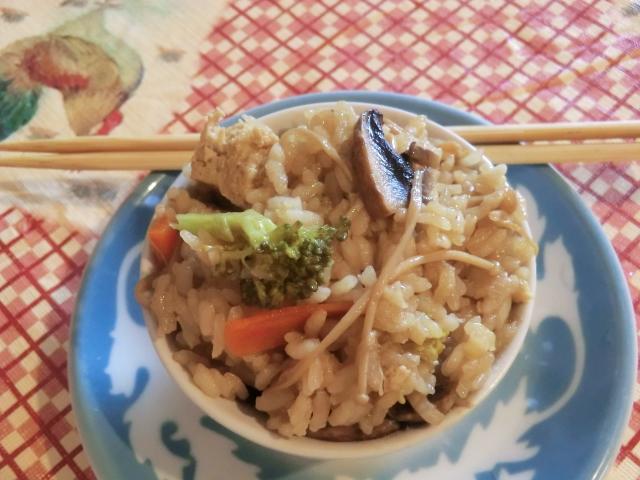 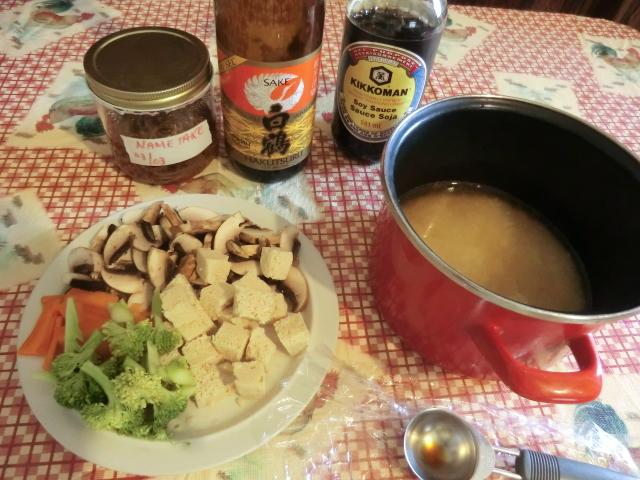 Other options for toppings

Top the rice with vegetables and other toppings. Do not stir. 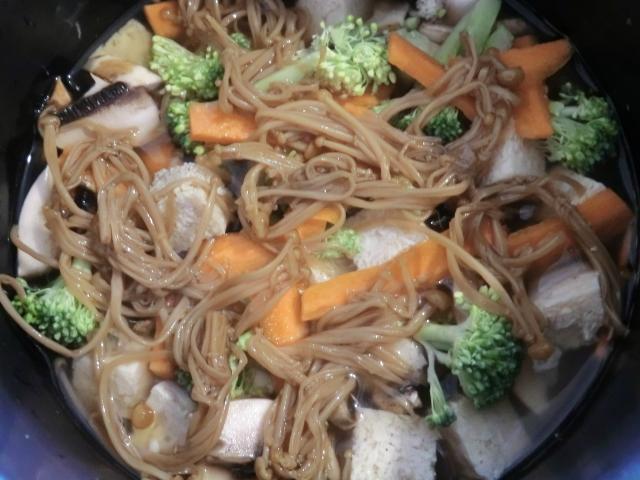 Serve with a piece of grilled fish, a bowl of soup and some pickled vegetables. Make onigiri with leftover mixed rice.

Nametake is a condiment of cooked, seasoned enoki mushrooms. It may be added to soups, rice or noodles as a topping. There are more elaborate recipes or preparations for making your own, but the one below is fast and tasty. 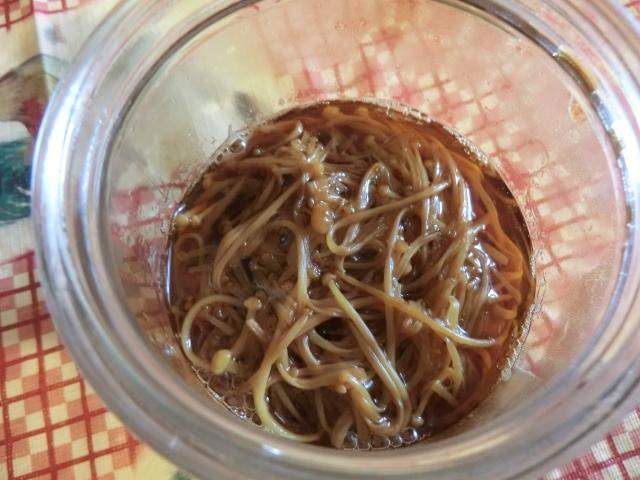 Preparation of the enoki mushrooms 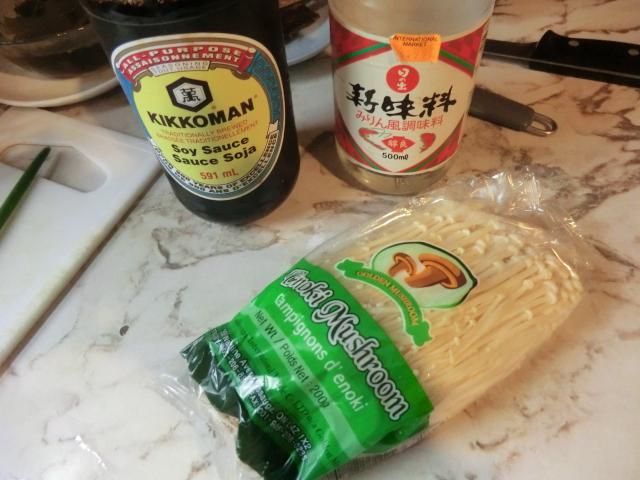 Trim off the brown ‘root’ end of the package of enoki mushrooms. There’s about an inch/an inch and a quarter of edible mushroom between the trimmed off portion and the white stalk portion of the enoki mushrooms that may be cut off and reserved, as it’s still edible. I’ll show you what you can do with it in the next post on this theme. 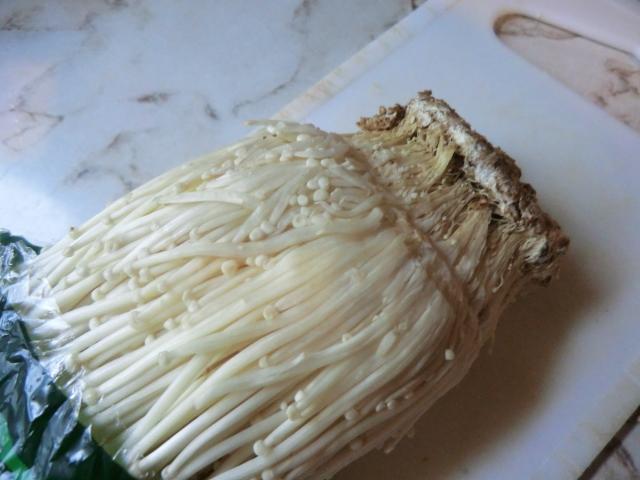 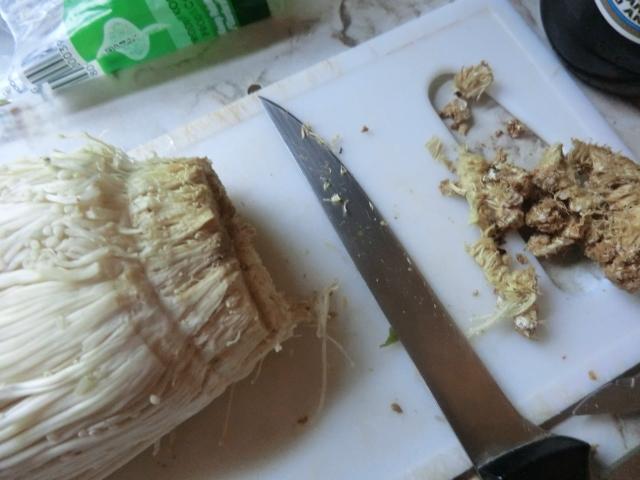 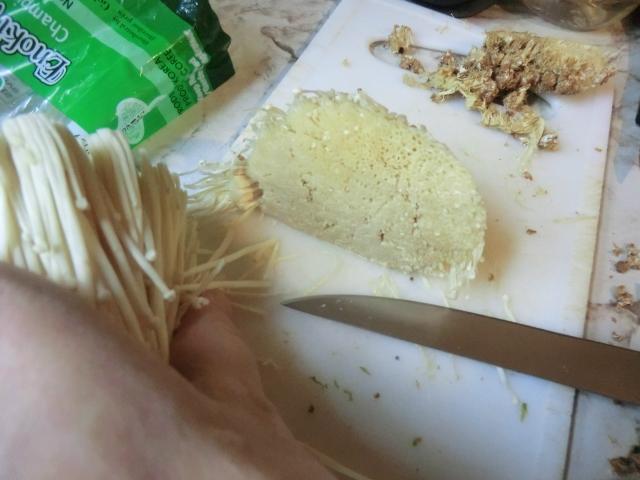 Cut the enoki mushrooms in two lengthwise, about 2 inches long (note: I forgot to do this but didn’t find it was an issue) and break up into smaller pieces. Rinse if needed and drain well. 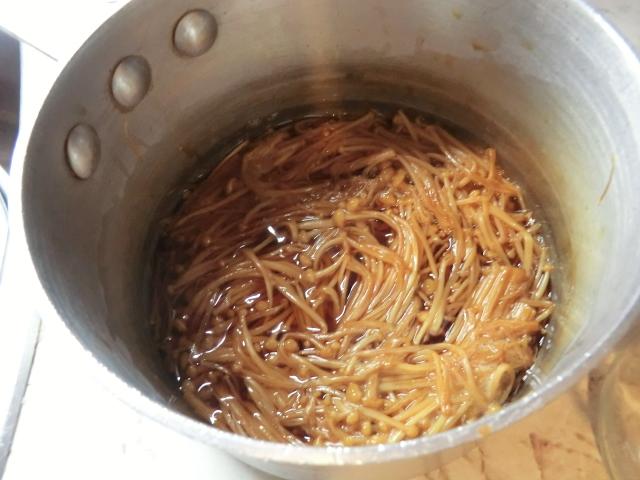 Transfer to a small jar and refrigerate. Use within a week or two.