After having LOVED the chocolate cake (for one) recipe found on the same site, I thought I’d give the coffee cake for one a try as well. 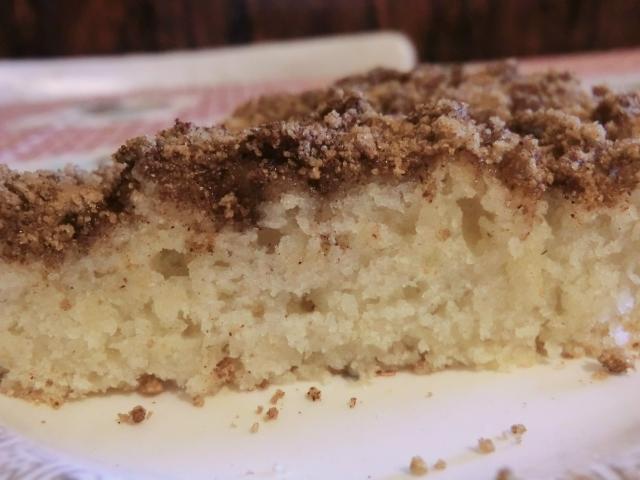 I WOULD cut back on the topping though since half the amount is plenty. The excess just fell off when I turned out the cake to transfer it to a serving plate. Perhaps if I’d drizzled some melted butter over the top, as the post suggests doing, it would have “glued down” the cinnamon sugar topping.

REVIEW: The cake itself is tender and tastes just sweet enough for my taste. I used the same one cup ramekin as I had used for the chocolate cake and thought that the resulting coffee cake was a bit thin. 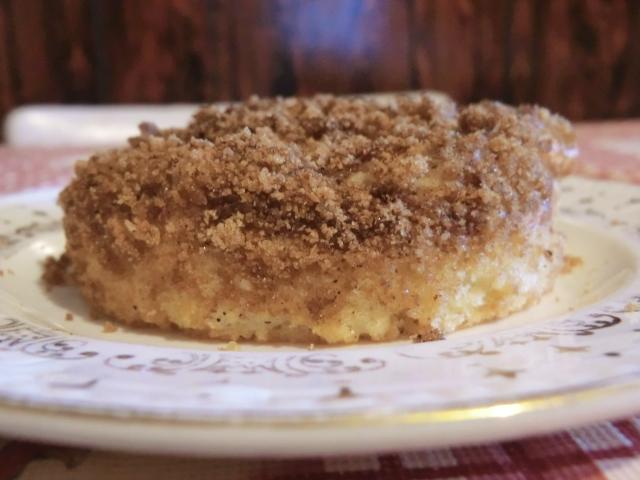 So, I opened a can of tuna (made a tuna salad sandwich with the tuna inside), peeled off the label and washed it out carefully. I added some home made cranberry sauce in this variation. The revised baking instructions/topping are posted below. 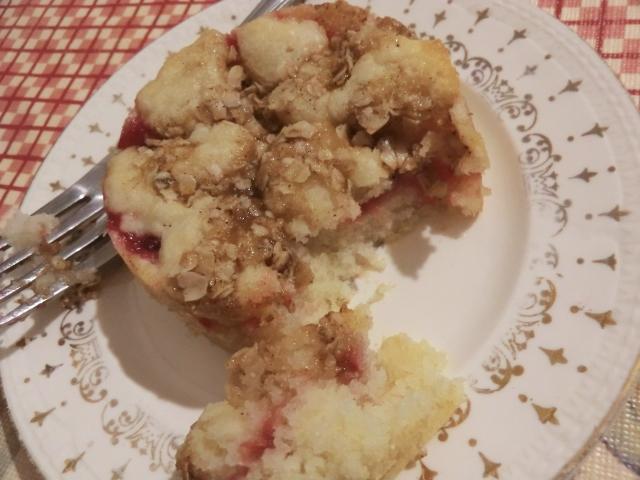 Make the coffee cake batter as in the original recipe. 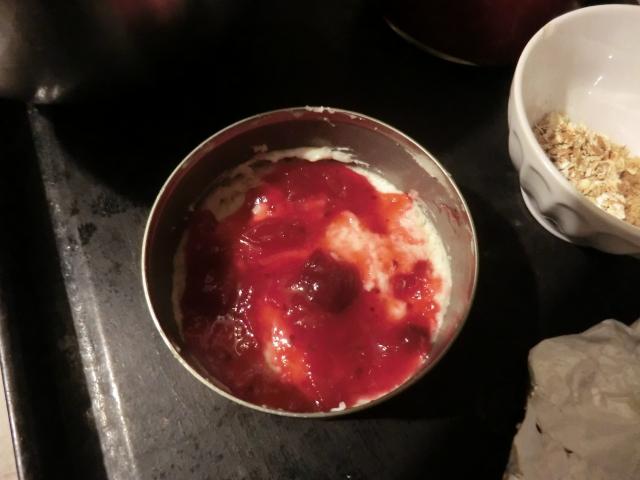 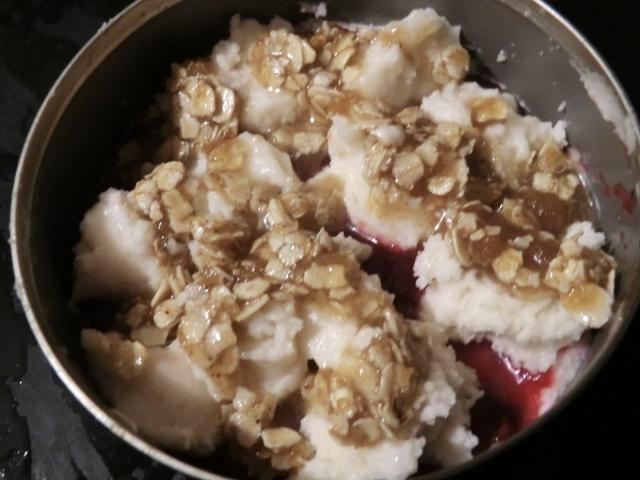 In a separate container, combine the brown sugar, rolled oats, ground cinnamon and melted butter. Spoon over the top of the coffee cake batter.

Bake for 15-18 minutes or until a toothpick comes out clean.

The top of the coffee cake could have been a bit darker but the bottom was nicely browned. 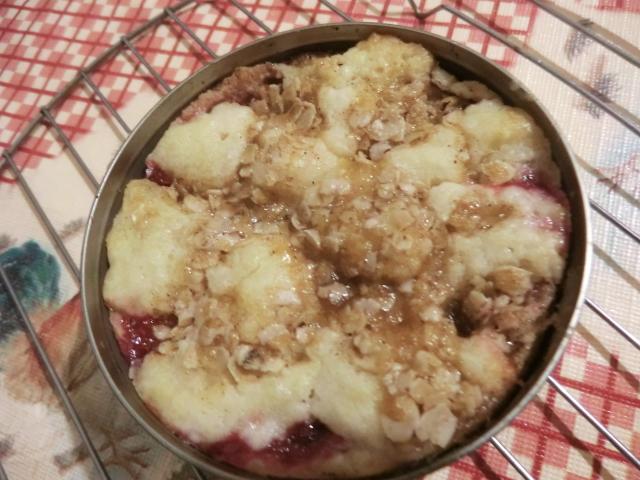 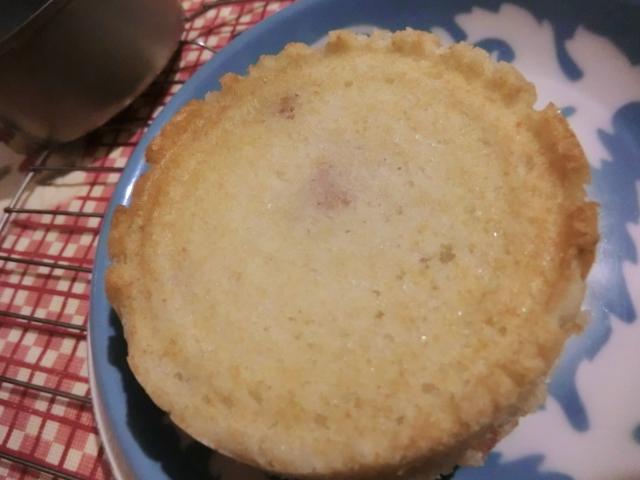 There was a bit more height compared to the coffee cake baked in the ramekin, as well. 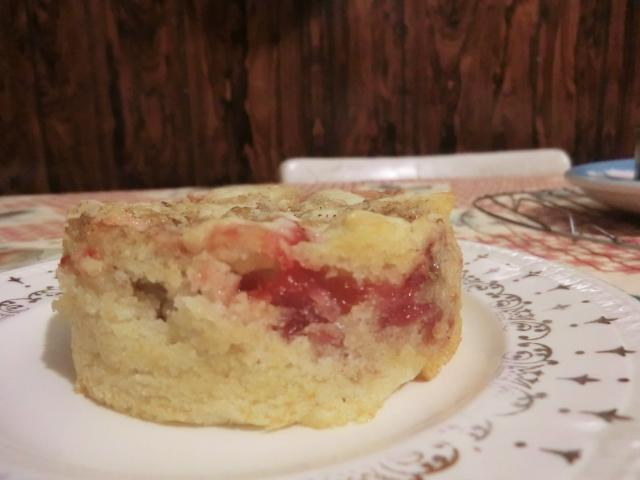 7 thoughts on “Coffee Cake for One (Review) and a Variation”