It’s cold and gray and I’m bored so I made one of the easiest lunches or dinners that I’ve had in ages using leftover chile verde (green) enchilada sauce and cubed pork tenderloin. 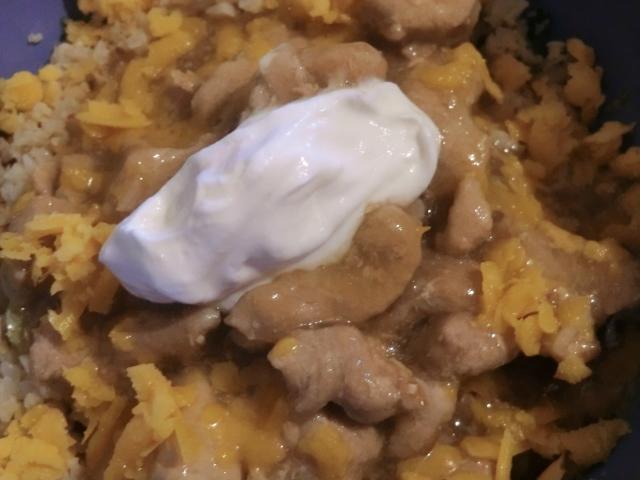 In a medium sized saute pan, heat the oil over medium-high heat.

Add the pork cubes and saute until lightly browned. Push the cubed pork to one side and add 1/2 cup of water to the saute pan, scraping up the browned bits on the bottom. Add the enchilada sauce and bring the mixture to a boil. Reduce the heat until the mixture just barely simmers and cover tightly with a lid.

Cook for 1 1/2 hours or until the pork is tender and breaks up into shreds when a fork is used. Check the pot every 15-20 minutes, scraping the bottom to make sure that the meat mixture doesn’t stick. Add more water as needed.

Cauliflower Rice – 2 1/2 cups of frozen cauli-rice microwaved, squeezed dry in a towel and sauteed with 1 tbsp of olive oil or butter until lightly browned. I added about 1/4 cup of frozen green onion tops to the pan and sauteed it for about one minute before adding the cauli-rice. 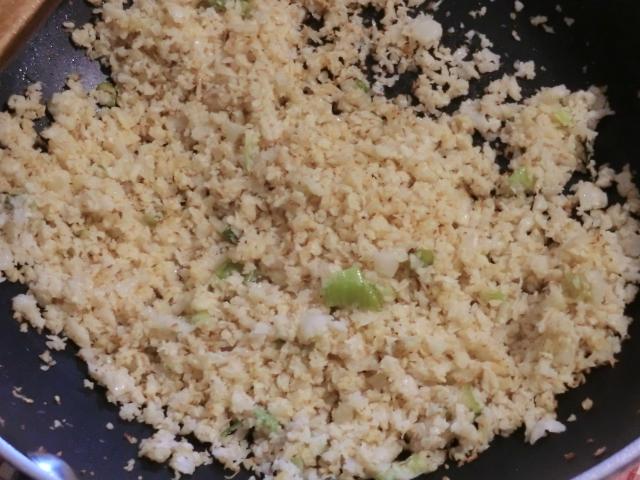