I’ve been meaning to make a batch of  knish for some time … years actually. But something always got in my way. I’m home sick today so I pulled a half pound of raw, cubed, chicken breasts out of the freezer, thawed it enough so I could mince/grind it up in my food processor and made what was the easiest dough/filling recipe that I found in my internet searches.

I should have had my suspicions when there were no reviews posted.

Oh, well. You live and learn.

The recipe wasn’t a complete FAIL and the knishes tasted alright, but there were some issues. 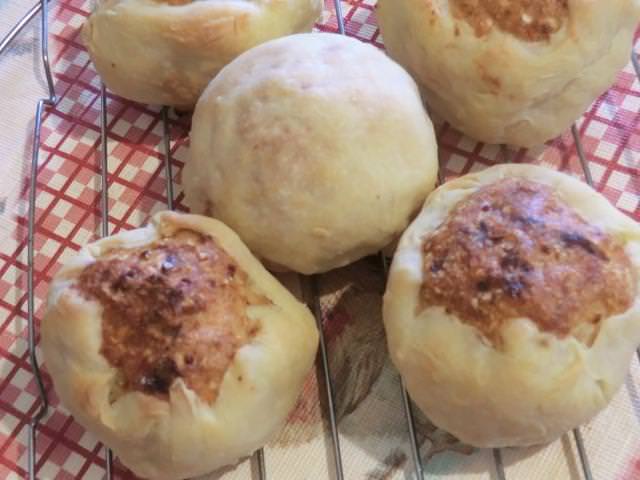 The dough – Very soft and wet. I kneaded in some more flour before oiling the plastic wrap, wrapping the dough up in it, and then refrigerating the dough while I made the filling.

The filling – I eyeballed a ‘cup’ of chopped chicken breast to equal about 1/2 lb/227 gm and froze it away a couple of days ago. However, the directions (1 tbsp of filling) seemed … off. And it was. A cup comes out to about SIXTEEN tablespoons, even if you ignore the contribution from the small grated carrot and chopped onion.

So, did that mean I was to roll out sixteen circles and fill them? The problem was that I didn’t have a HOPE of rolling out that miniscule amount of dough thin enough in order to do so. I rolled out the dough about 1/8th of an inch thick and was able to cut out four (3 3/4 inch) circles. I divided the filling into four portions and shaped them into balls which I placed on top of each of the circles of dough. Picking the knishes UP was another problem. And the dough was SO soft and sticky that wrapping it around the giant ball of filling was almost impossible as it kept tearing. I was determined to succeed however. Because I’m FRUGAL and didn’t intend to discard the trimmings from the dough, I gathered them up and roughly shaped and rolled them out into a FIFTH circle of dough. Then, I re-portioned the chicken filling so I could fill all five of the knishes. 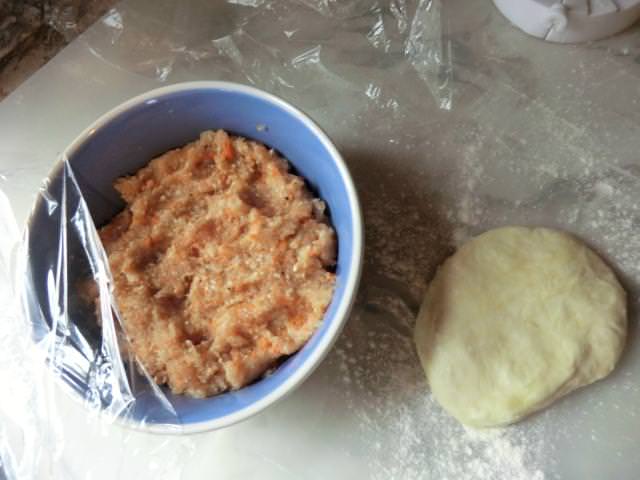 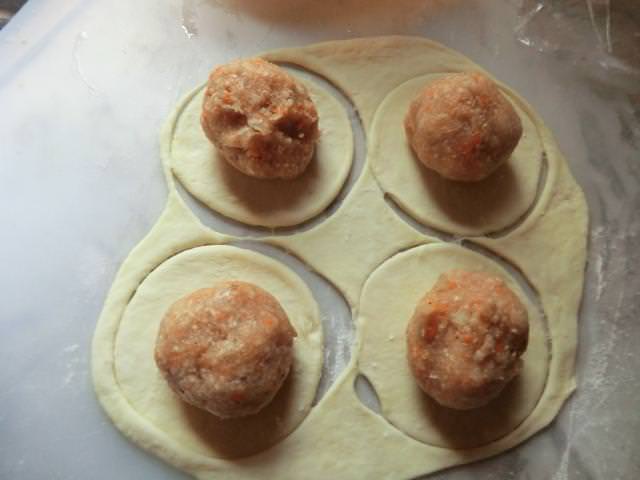 I floured my hands and shaped the knishes as best as I could. The last knish was shaped a bit differently as I wrapped the dough completely around the meat filling.

The baking temperature – I did a fast conversion of the baking temperature (180 deg C /~350 deg F) but realized that the dough wasn’t getting as brown as I wanted in the time suggested, so I increased the temperature to 375 deg F, for the last 15 minutes. And then I baked the knishes for another 10 minutes. I even turned on the broiler for a few minutes but they were still pale. 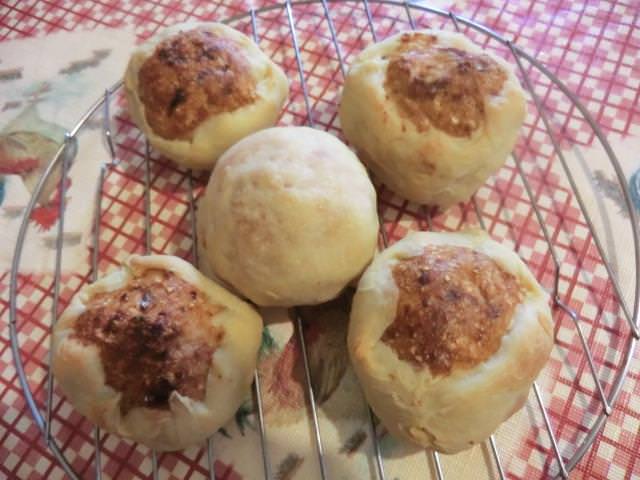 The knishes were baked on a dark metal baking sheet lined with parchment paper and the bottom was lovely and brown. It was also HARD. The sides though were nice and tender, even if pale. The filling was moist and bouncy, so it was not over-baked. Even without any dipping sauce (Dijon mustard or ketchup), the knish I ate was very tasty. 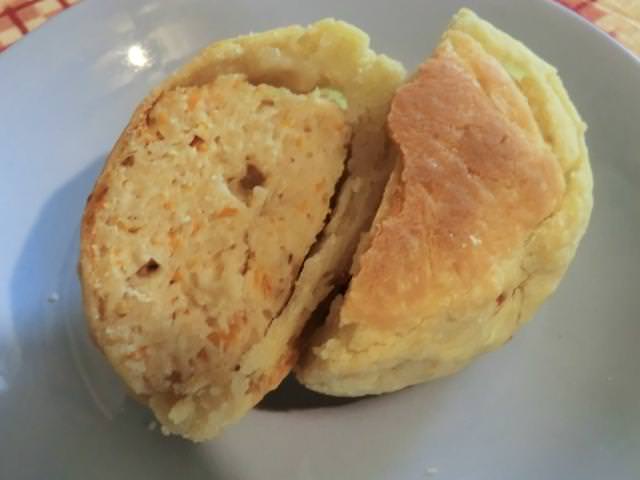