I don’t remember eating a lot of desserts growing up … crepes, cream puffs, apple strudel, walnut torte with chocolate butter cream icing. Occasionally, my mom would make small crescent shaped cookies with ground walnuts in the dough. It may have been because she just wasn’t that fond of sweets. My dad, on the other hand, had a great sweet tooth. Unfortunately he didn’t bake so desserts were a rare event.

One of the first things I ever ‘cooked’ for my dad, that he loved, was Rice Krispie squares. The microwave made throwing together a pan so easy that I could have made them weekly but I didn’t make them often which made each pan that much more appreciated. (And the no bake cheesecake with Whip and Chill whipped cream, cream cheese, a crumb base, and canned cherry pie filling. My dad LOVED it.)

Over the years, I’ve expanded my dessert repertoire, and recently, UK/British ‘biscuits’ or cookies have become a small obsession.

After some previous successes, I’m iffy on the the most recent biscuit … Viennese whirls. I think it was the ‘idea’ of the cookie that inspired me. Tender shortbread cookies piped into a swirl and baked and then a butter/icing sugar filling and raspberry jam was sandwiched between two of the cookies. 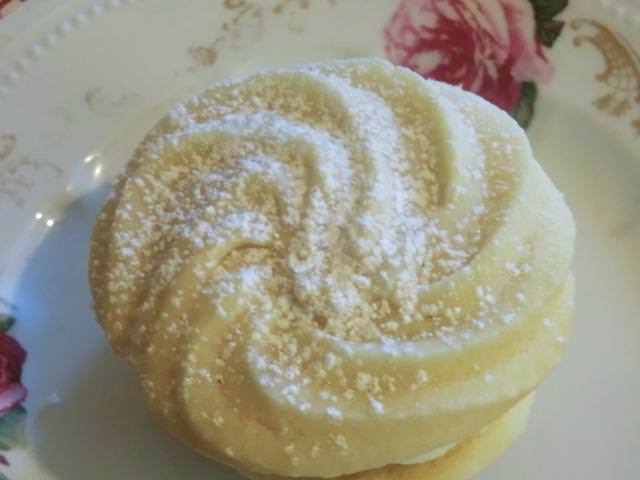 I did some research, watched a few videos, picked a nice simple recipe and made a batch this weekend.

There were challenges in piping the dough which was quite stiff, even after I added some milk. And the cookies used up a LOT of the dough. I was able to pipe sixteen cookies, with which I could only make EIGHT sandwiches. The dough spread on baking so that the two inch cookies I piped out ended up about three inches in diameter. (PS: I had to increase the baking time of the tray of cookies to 20 minutes, because the tops/edges of the cookies remained pale, even after 15 minutes. The underside was a light golden brown by the end.) Handling the cookies was a challenge too since they were so tender and crumbly that the edges broke off when I tried to move them. 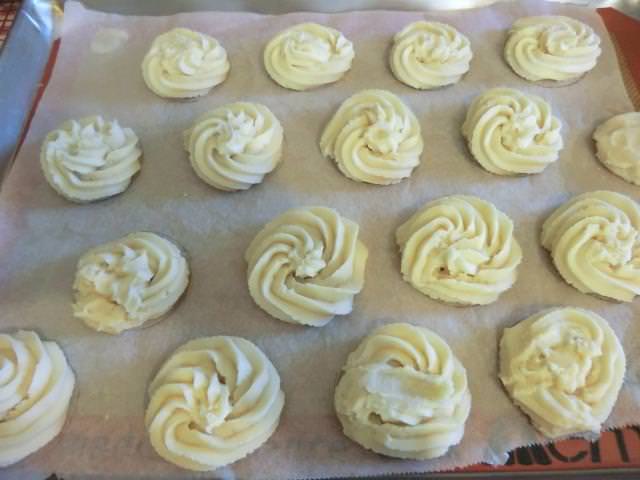 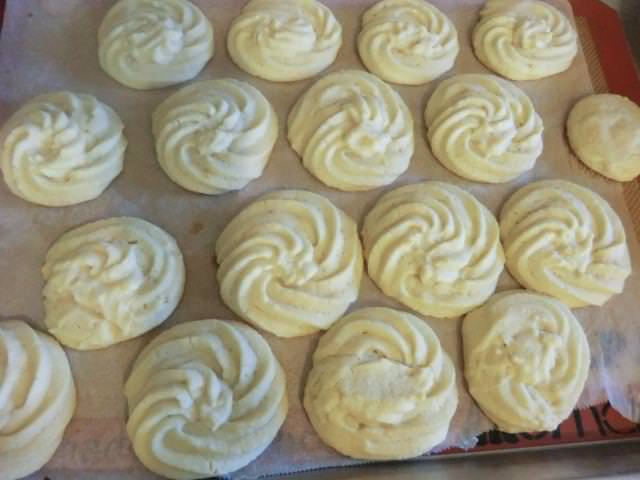 Which made filling the cookies a nightmare. When I tried to press down the top cookie to make a sandwich … it crumbled. By ‘smooshing, the buttercream filling down with an offset spatula, I managed to assemble a half dozen, more or less, nice looking cookie sandwiches. The cookies themselves were barely sweet but the filling made up for the lack. The jam (I used the last of my strawberry jam since I didn’t have any raspberry) almost seemed tart in comparison. I sifted icing sugar over the top, since that’s a feature of the cookies, but it’s NOT necessary. 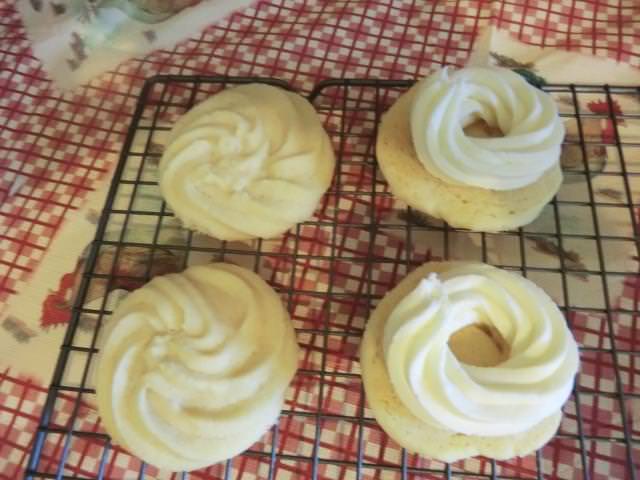 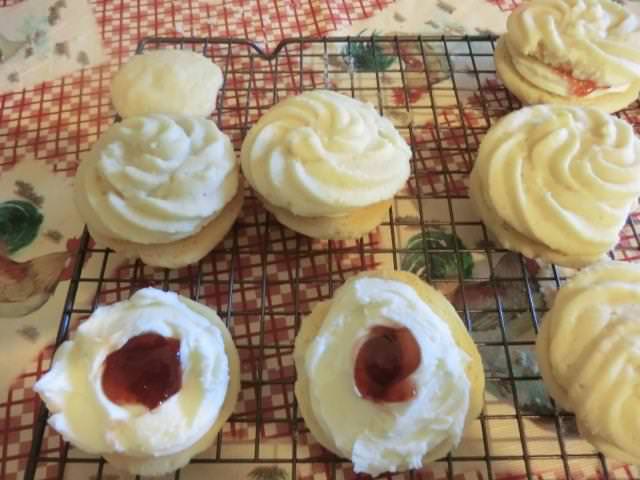 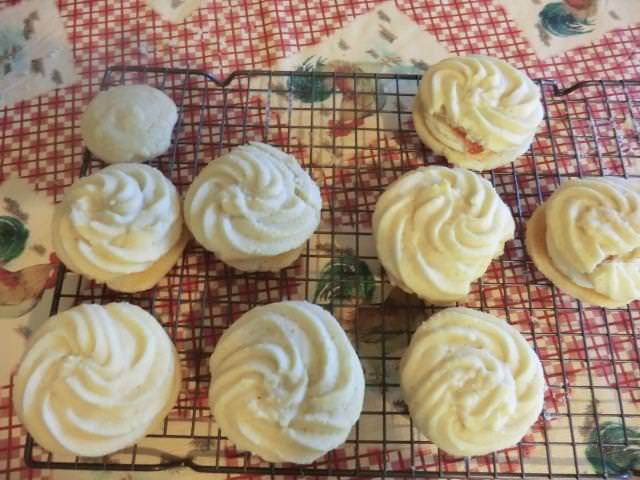 REVIEW: The cookies are edible but, to be honest, you can barely get through one because they’re so BIG. And sweet. I’m sure they’d be appreciated by a lot of people. They just weren’t to my taste.

In conclusion, if I were to make something similar again, I’d try a different recipe and technique for making the cookies. The round ‘mound’ (top left in the picture directly above) I made using the dough scraps spread nicely and was a tasty nibble. No piping or filling necessary. If piping, small (1 inch) rosettes might work as they’d spread during baking, resulting in much smaller and thinner cookes to construct the sandwiches with. A recent post on FB resulted in the suggestion to reduce both the flour and the cornstarch by 25 gm each.