I rarely expend as much effort on a dish/recipe as I did for this glorified steak sandwich.

And, at the end, I didn’t USE the bun I had spent all that effort on. 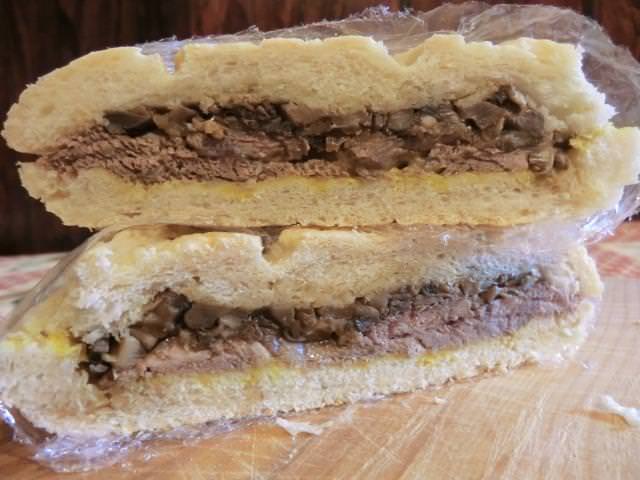 The shooter’s sandwich is a relic of the shooting parties of the nobles and elite in Edwardian Great Britain, who would arrange to have the kitchen produce this sandwich to be tossed into their hunting bags, before they went out for a day of grouse shooting. The sandwich was wrapped in butcher’s paper and pressed so that the juices given off by the mushrooms and steak would permeate the hearty bun. Eaten at room temperature, it was an expensive dish if prepared with filet mignon. My steak choice was more modest. A blade steak cooked as quickly as possible in the hopes of not ending up with shoe leather.

And now the story behind the sandwich:

First, I had to research a recipe for an individual bun in which I could build the sandwich, since I knew that I was unlikely to find something suitable locally. And, once I decided on a sourdough bread bowl recipe, I had to make sourdough starter. Luckily, I had some dried sourdough starter in the pantry so I didn’t have to start from scratch. It took me two days but the result was a lovely bubbly and fragrant mixture. It took a third day to bake the buns. 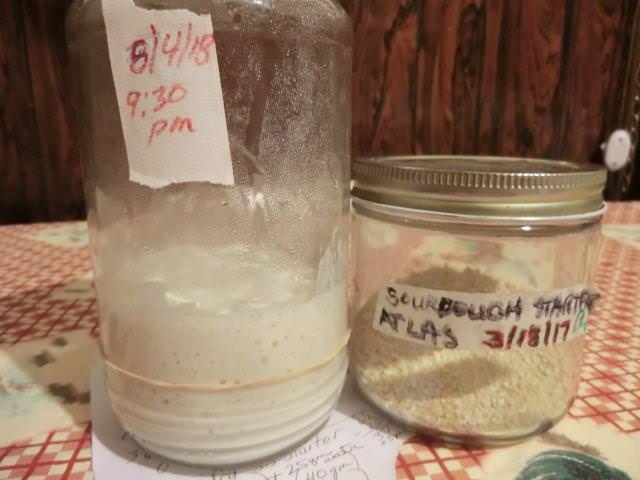 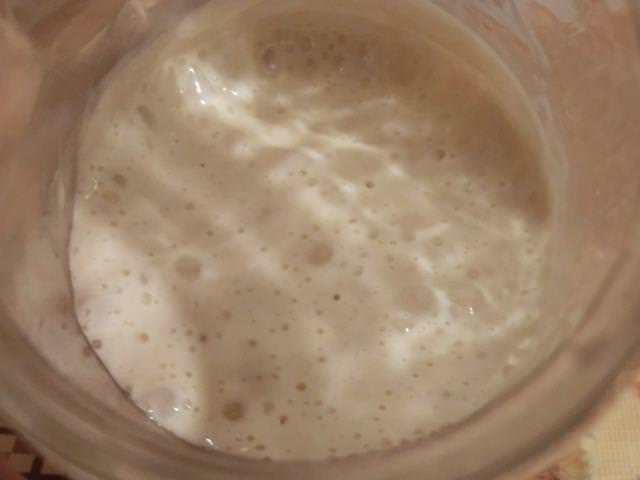 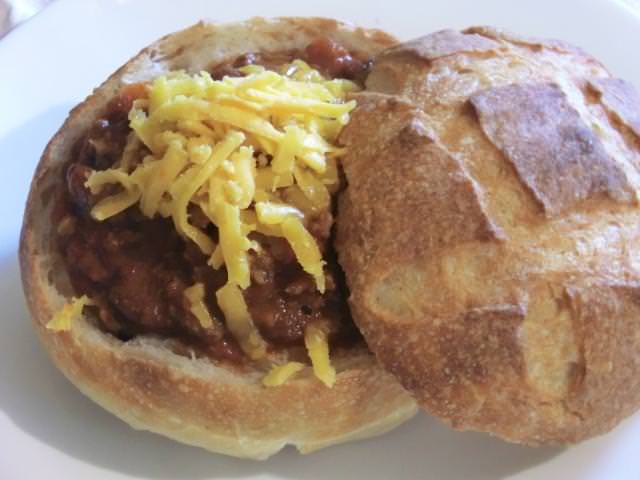 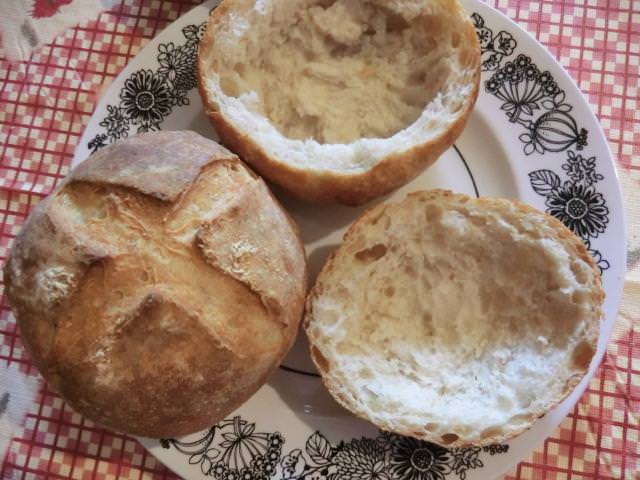 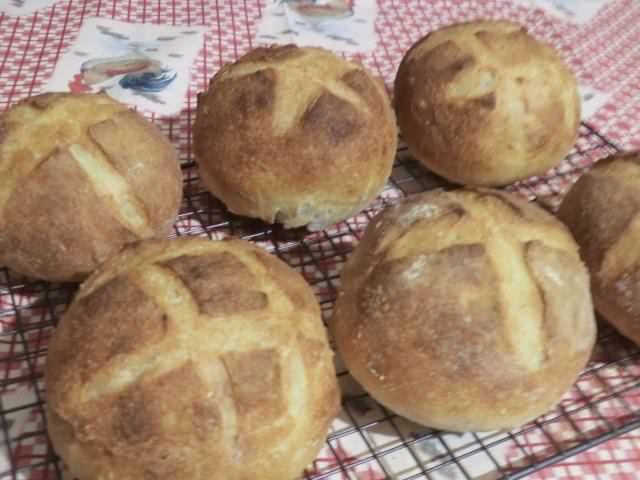 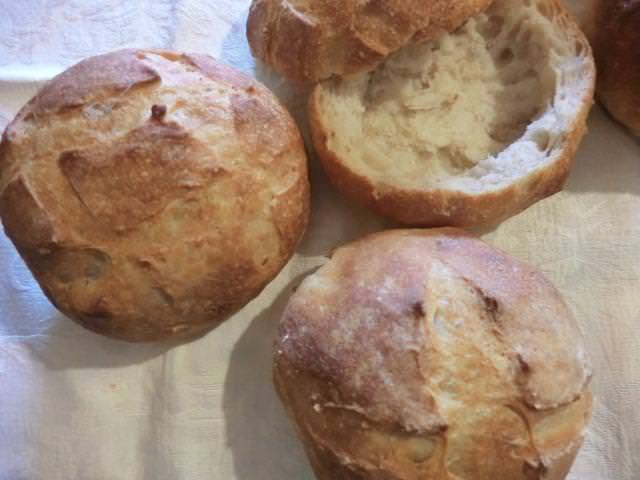 I ended up with extra starter (something sourdough bakers have to deal with) so I experimented with part of it. I repeated the KAF Italian bread recipe but substituted ~200 gm of my bubbly new starter in place of the ‘overnight starter’. I was torn between reducing the amount of commercial yeast used but decided to stick with the original recipe. A bad choice as it turned out. I over proofed the dough during the bulk proof stage. And during the final proofing stage. And my kneading/shaping probably needed work. 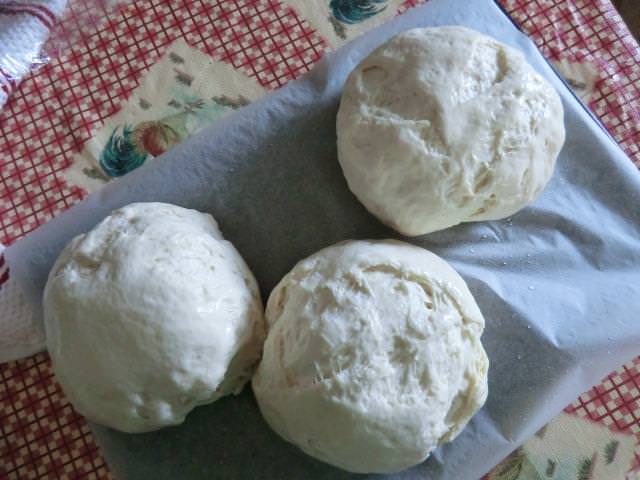 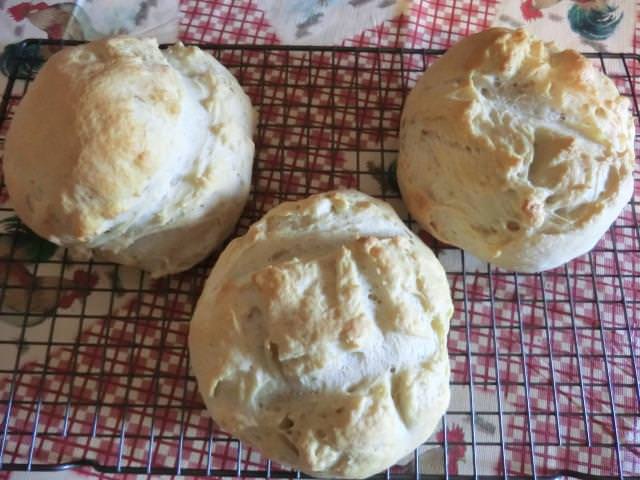 I SHOULD have increased the baking temperature although the buns looked fine when I pulled them out of the oven. And then, the next day, after making the sourdough buns, they looked  pale and anemic in comparison.

When I cut into the buns, I was pleased with the crumb. 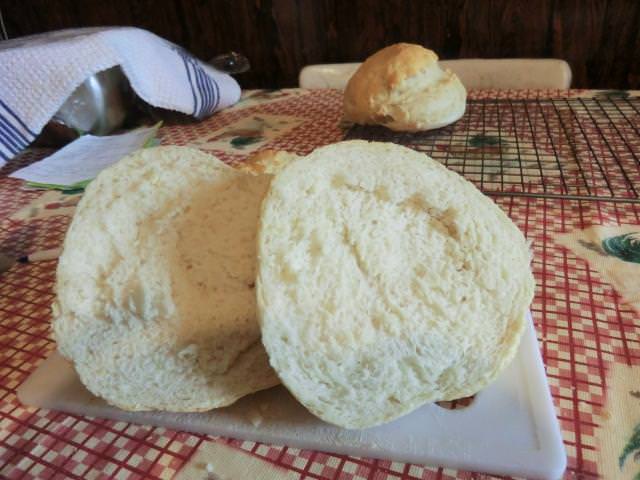 I froze the other two hybrid buns I made, and used the one I had cut into for my steak sandwich … after I hollowed it out. 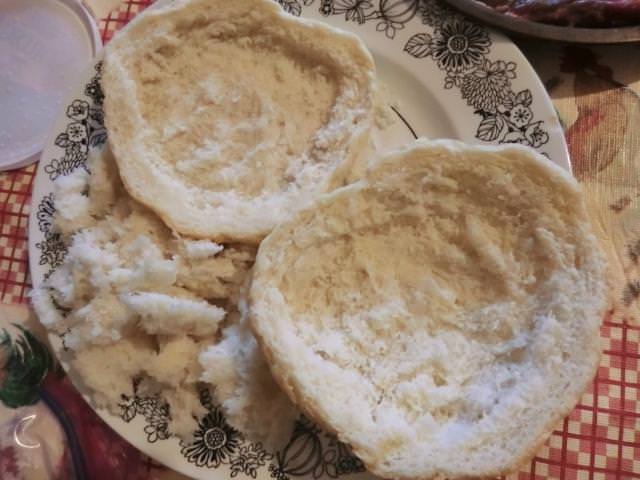 Bun, onion/mushroom mixture, French’s mustard (use Dijon or a coarse brown mustard) and blade steak. Unfortunately, I didn’t take a picture of the steak after it had been seared off 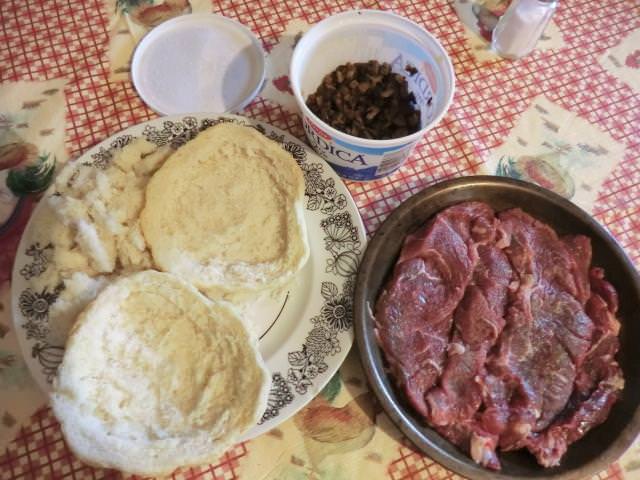 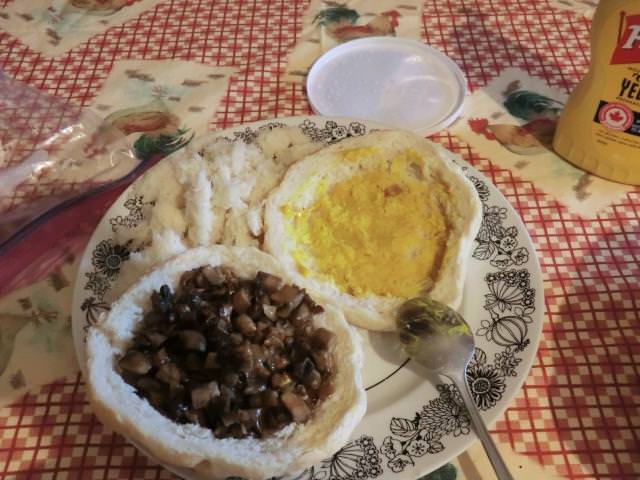 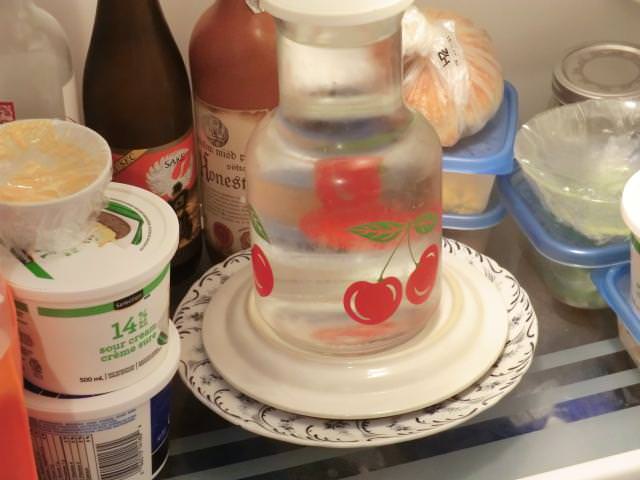 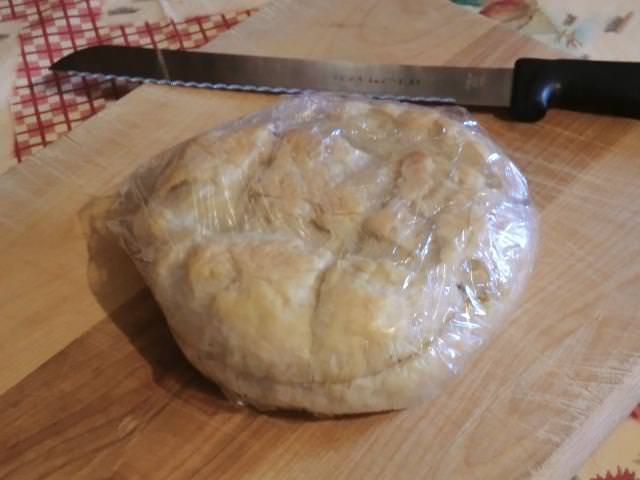 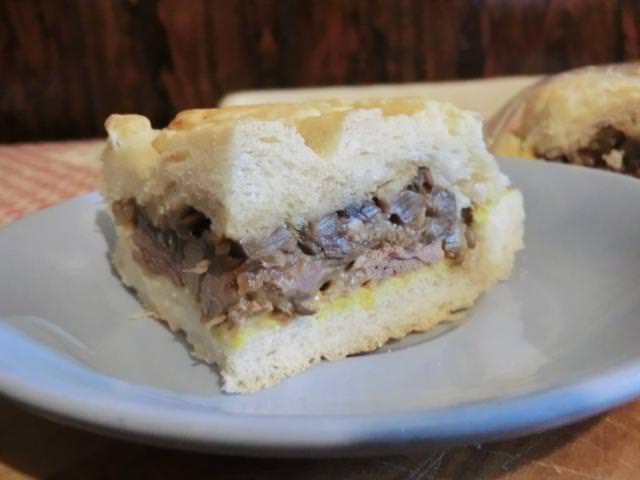 Three  12 cm/ 4 1/2 inch sourdough bread bowls, top removed and contents removed leaving 10 cm/1/2 inch rim around the edge and on the base

In a large saute pan, melt the butter over medium high heat. Add the onions and saute until the onion has softened and starts to get golden brown. Remove the onions to a small bowl and reserve. Add the mushrooms to the pan and saute in the remaining butter until softened, slightly browned and fairly dry. Return the onions to the pan and sprinkle the Worchestershire sauce over the top, stirring into the onion/mushroom mixture. Taste and add salt and pepper to taste.

Spread some mustard over the base of the bread bowl. Divide the steak into thirds and fit tightly into the base. Spread some horseradish over the steak. Top with about 1/3 of the mushroom mixture and fit the lid of the bread bowl on top. Wrap the sandwich in a large sheet of plastic food wrap. Place the sandwich into a bowl. Place a flat plate on top and then a heavy weight on top. Refrigerate overnight. Cut into fourths and serve.

Repeat with the rest of the bread bowls and other ingredients.

8 thoughts on “Sourdough Bread Bowls and a Shooter’s Sandwich”