Sometimes you just get inspired by a recipe, even when you don’t have enough of the ingredients to make a full recipe. Or the right sized container to assemble it in.

There’s a sad and romantic story about the purported origin of this chocolate mousse cake, involving a gypsy violinist and the unhappily married wife of an impoverished Belgian prince. I just made it because I had a chocolate craving and was bored on a Saturday afternoon. The recipe was found on the blog “Zsuzsa in the Kitchen”, the source of many delicious Hungarian and Canadian recipes.

You may see this cake with a white whipped cream layer between the chocolate mousse and the cake top. It’s a nice visual but not found in the original version, I understand. 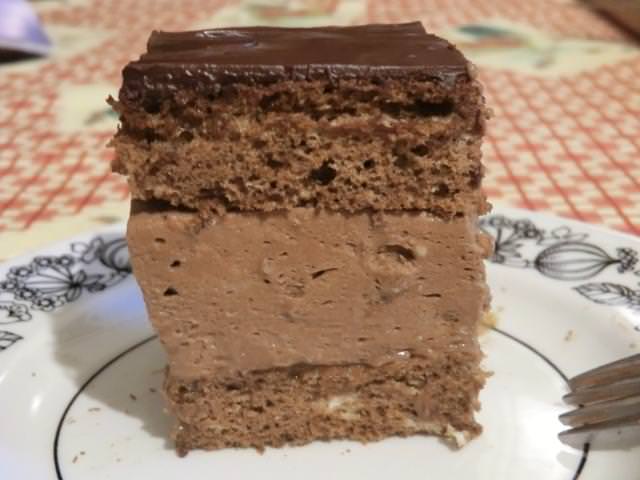 I was low on eggs and only had a couple of teaspoons of gelatin for the mousse so I scaled down … everything.

The cake (a half batch) was made in an eight by eight inch glass pan and then cut in half, rather unevenly, as it turned out. Mostly because I was distracted by the lumps of unmixed egg white foam in the chocolate batter. I made one third portions of both the mousse filling and the chocolate glaze for the cake top. The mousse melted in the heat of my kitchen as I incorporated the warm cream containing the gelatin into the cold whipped chocolate cream. And, since I didn’t have a pan of the right size to build the cake and mousse filling in, I piled the mounds of chocolate mousse on the slab of cake in a couple of batches, refrigerating the cake in between. 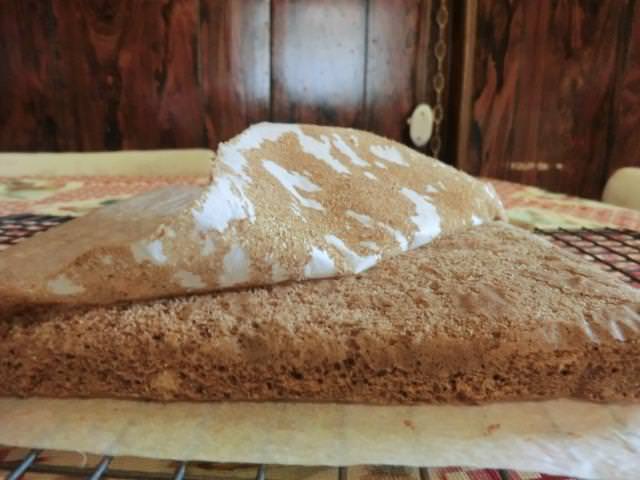 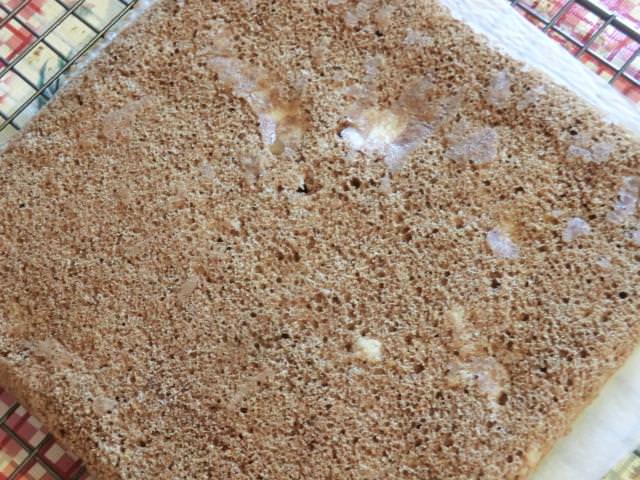 Diluted and slightly warmed apricot jam spread over the base of the cake. Chocolate mousse piled on top. 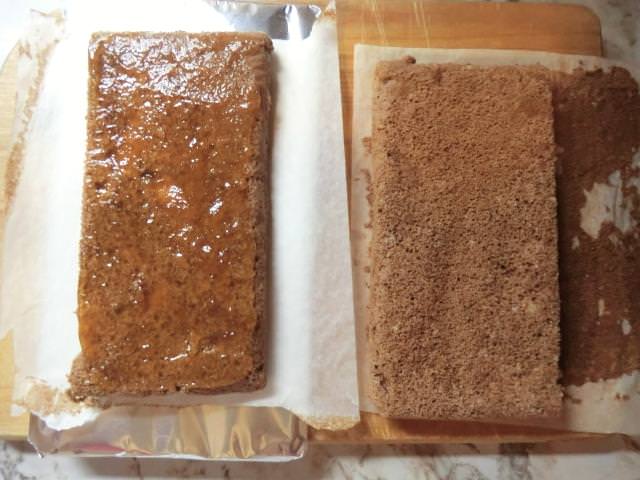 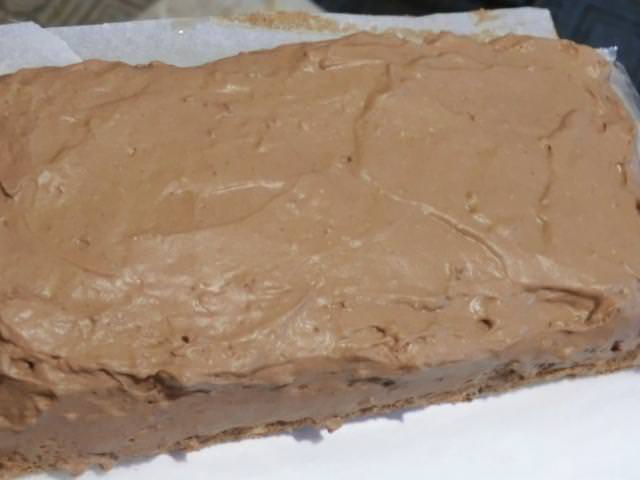 The chocolate ganache used to glaze the cake top turned out beautifully. Glossy and just thick enough to set quickly, so I could precut the cake layers before piling them on top of the mousse. Unfortunately, by this point it had set firmly enough that the two didn’t glue themselves together. It was at that point that I realized that I hadn’t trimmed the two cake layers to match.

Oh well … it wasn’t being made to serve to company.

Rushing to get the cake assembled and back into the fridge to set, led me to only cut the mousse cake into six portions, even though I HAD planned for eight. No matter, as I ate two servings, even as wonky  as they turned out, that same day. Midnight chocolate mousse cake is a decadent treat we should all indulge in periodically. 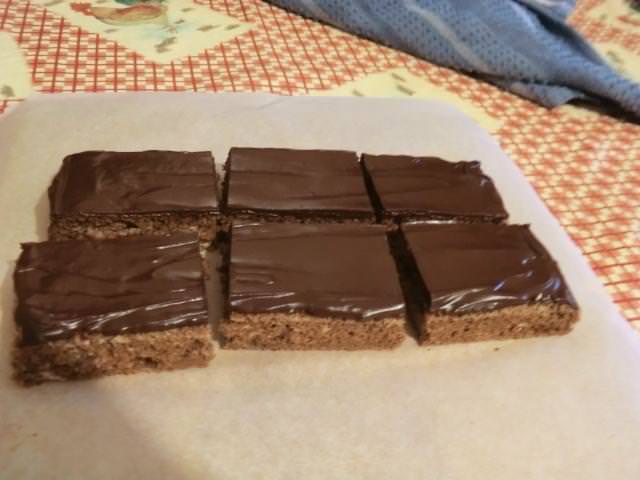 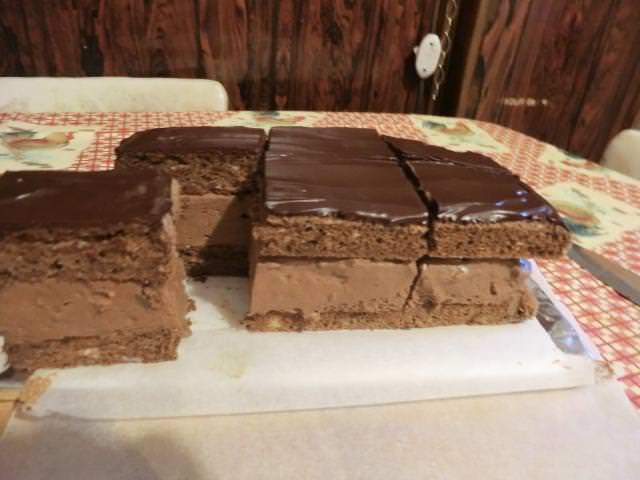