NOTE: The potato gnocchi soup below is a tomato based adaptation of the kale and sausage soup posted here.

After an indulgent last dim sum outing with my nephew, on Friday, I used the afternoon to make another bread that I had added to my ‘to do’ list, while I was flourless.

The recipe came from the King Arthur Flour web site and is called a “Sesame Semolina Lunetta”. I have NO idea where the term lunetta comes from … lunetta means ‘little moon’ in Italian but this S-shaped bread doesn’t fit. In French, lunette refers to ‘eyeglasses’ … I guess you can vaguely picture two circles of glass in the S-shape. Sometimes, names have no clear explanation. 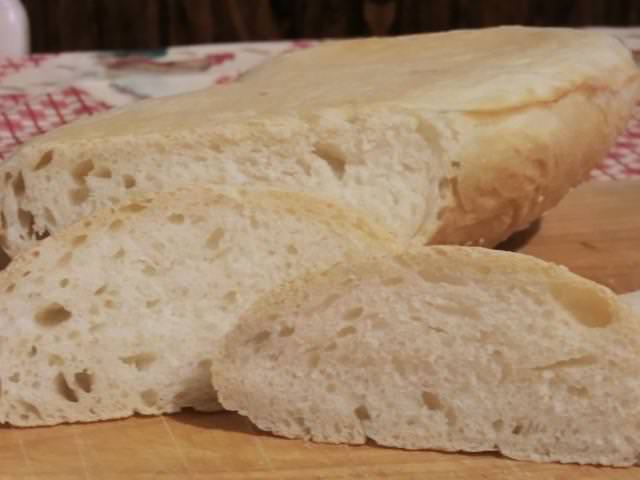 The dough turned out very wet but I suspect that my measuring cup didn’t allow me to be precise enough. (Next time, I’d try using the weight option for ingredients. ) Since it was too wet to hand knead, and I didn’t want to dig out my stand mixer, I decided to use a ‘stretch and fold’ process (every 15 minutes for an hour, for a total of 5 S&F’s) letting it rest for a further 30 minutes. I shaped the dough into an 18 inch rope and then coiled it into the S-shape and let it proof until it got very puffy, about 50 minutes. 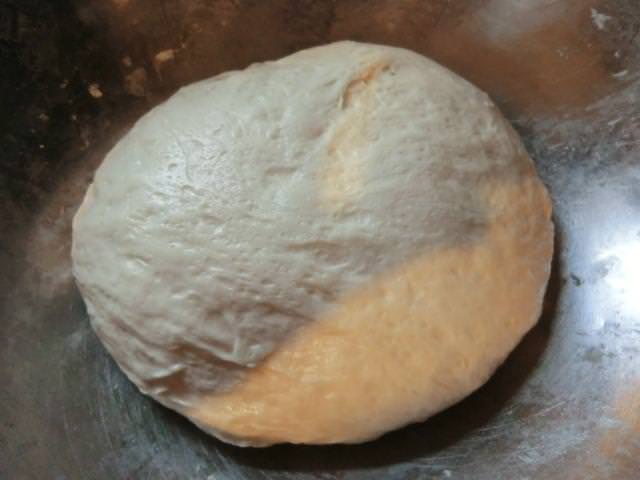 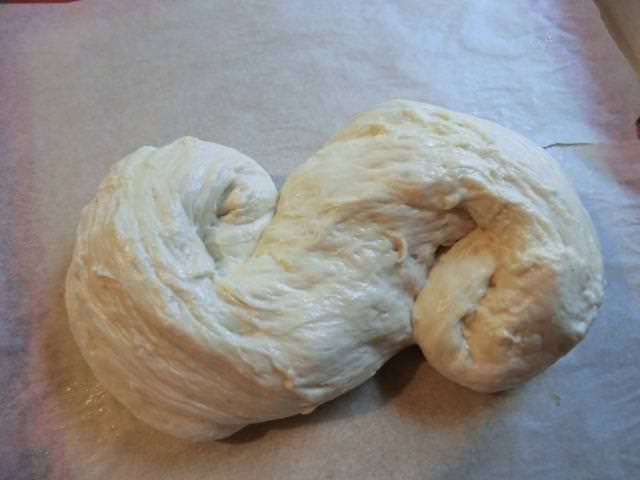 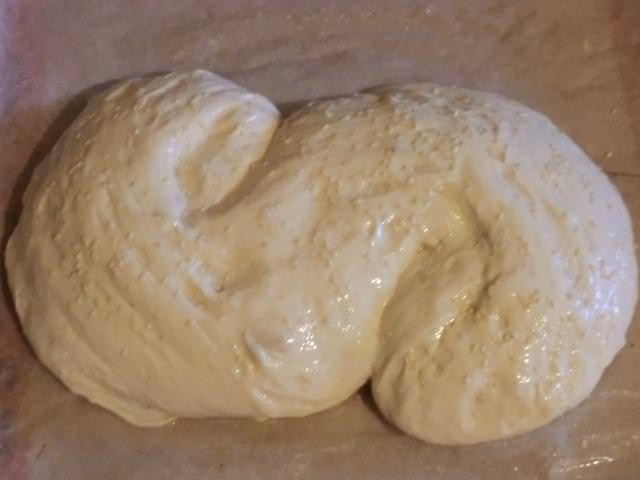 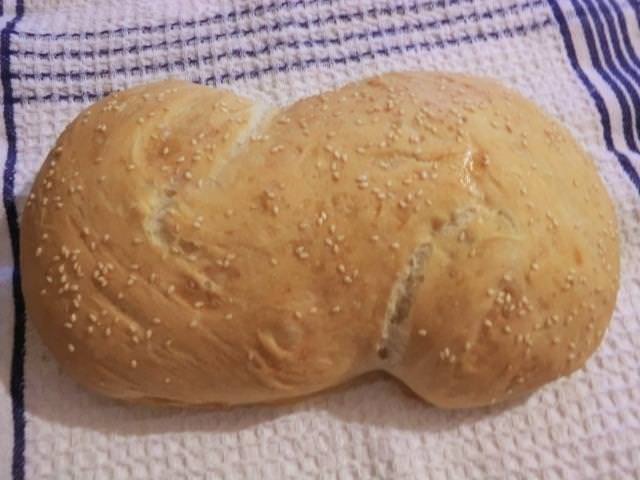 The crust was crispy and the crumb was relatively open. The taste was good and there was a faint scent of sesame from the toasted sesame seed oil used in place of olive oil. 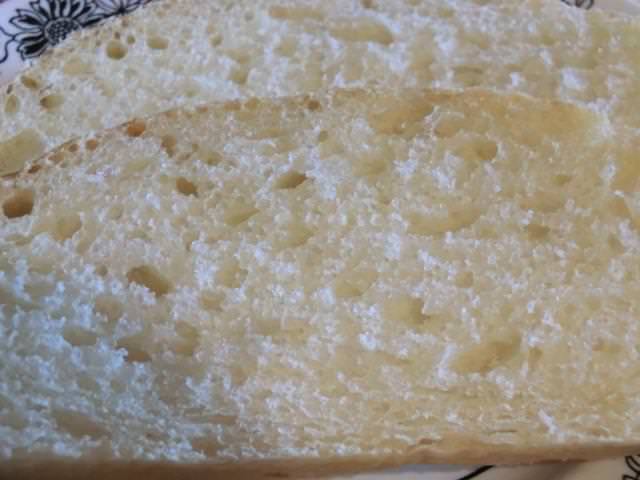 To accompany the bread, I made a pot of kale, hot Italian sausage and potato gnocchi soup. For a change of pace, I divided half the soup and added whipping cream to one portion. 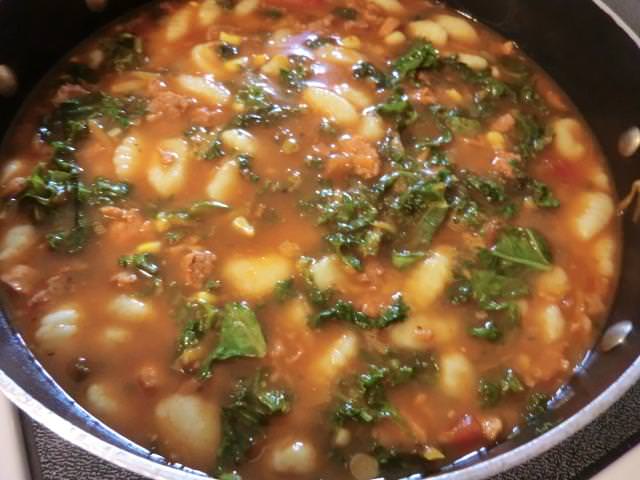 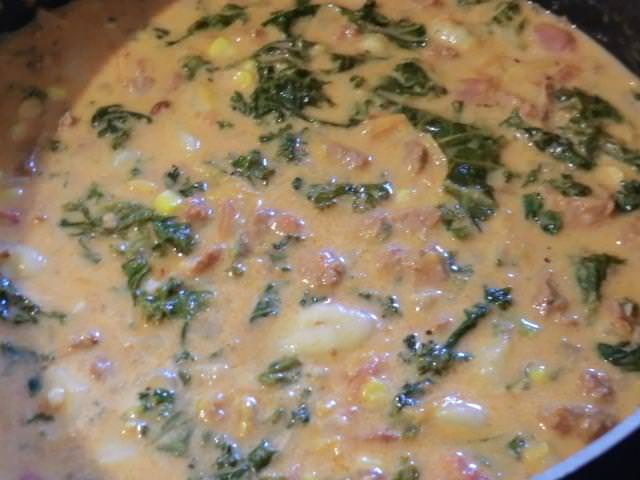 Creamy version served with sliced and toasted sesame semolina bread, spread with pesto and grilled long enough to melt the Parmesan cheese in the pesto. 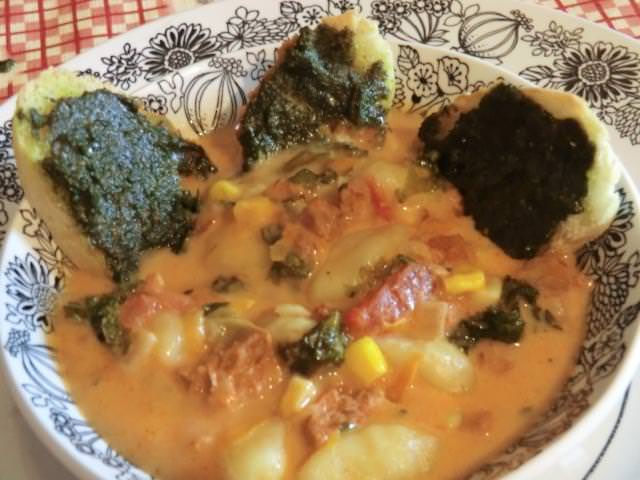