The national recipes for ‘French’ and ‘Italian’ breads are limited in terms of what CAN and CAN’T be used in them in order to be able to legally use those terms. I decided to make a loaf of “Italian” bread using the recipe posted on the King Arthur website.

I followed the recipe and instructions exactly, only adjusting the timing of the steps based on the action of my yeast, as I didn’t want to over proof the dough while maximizing oven spring.

Pillowy crumb … the slice was taken from one end of the braid but the height wasn’t much greater further in from the end. 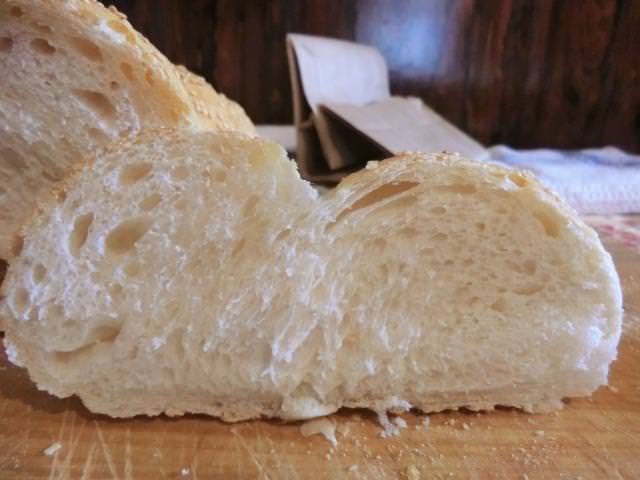 The ‘starter’ was mixed up, covered with plastic food wrap and a towel and allowed to ferment for 12 hrs at room temperature (77 deg F). The next morning, the rest of the ingredients were added, the dough was kneaded by hand (10 min, 5 min rest, additional 5 min) and let rise for 45 minutes, covered, in an oiled bowl. Then the dough was deflated, reshaped into a ball and allowed to rest/rise for an additional 25 minutes.

The risen dough was divided into three equal portions, shaped into 18″ long ropes, braided and allowed to rise, covered, on parchment paper until it was ‘very puffy’. Then it was brushed with a wash of egg white and water and sprinkled with about 2 tbsp of white sesame seeds.

My straight braid developed a distinctive ‘curve’ during proofing … perhaps due to uneven braiding or tension. 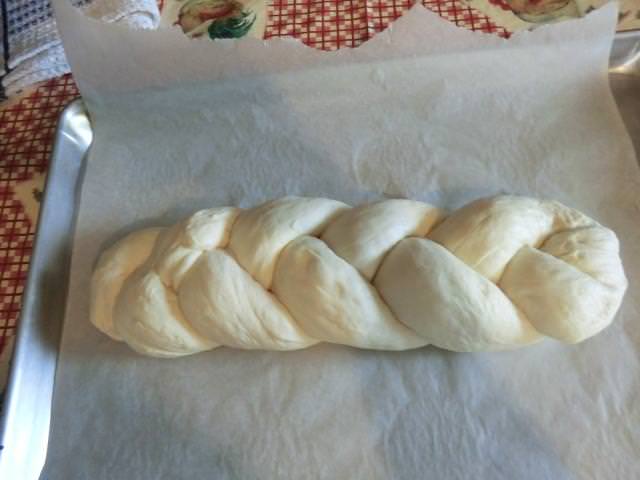 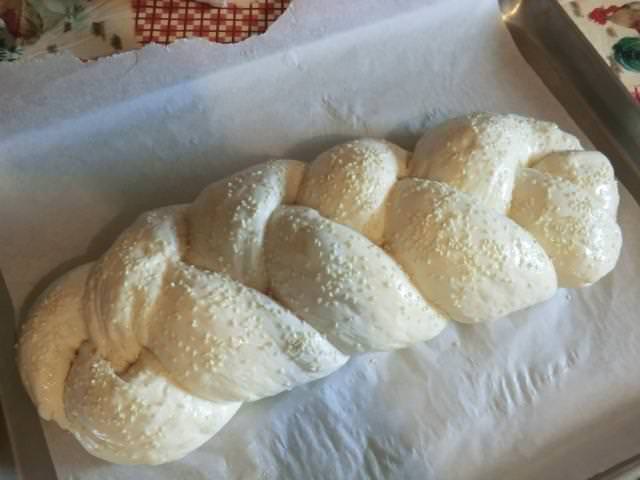 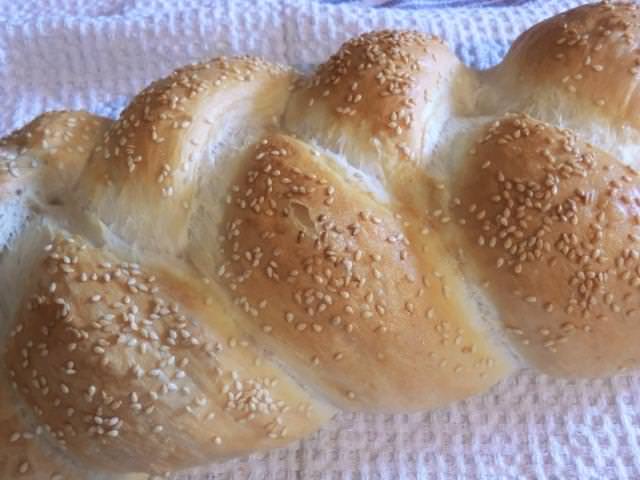 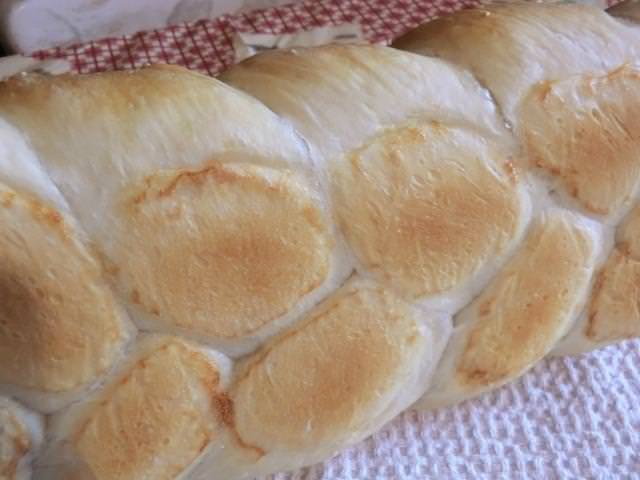 Conclusion: Nice crunchy crust. Taste was very good even though I was afraid that it would be a bit too salty and was tempted to reduce the salt, from 1 1/2 tsp to 1 tsp. Watch your dough for the timing of the proofing times.