I brought home over a kilogram of beautiful sweet ripe cherries and after eating some out of hand, I wondered what I could make with the rest that didn’t involve some sort of baked goods using flour.

Ice cream seemed a perfect solution. I wanted to use as much cherry puree as possible to make the flavour stand out but was afraid that would thin out the ice cream base too much. Since I had a couple of ounces of cream cheese in the fridge, I though the addition would thicken the base, sort of a cheesecake version. And, at the last minute, I added the dark chocolate chunks for a Cherry Garcia cheesecake ice cream. 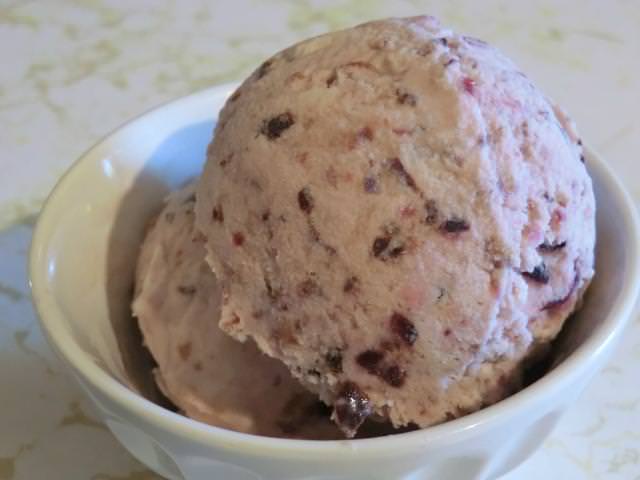 ** If using an extract with an alcohol base, like vanilla extract or limoncello, as I have in the past, one tbsp of the extract is all you need. In this case, I used 1 tbsp of Kirsch, a cherry flavour liquer.

In a medium sized bowl, combine the sweetened condensed milk, flavourings and add ins. (NOTE: For the first attempt, I added the cream cheese, sugar and Kirsch to the bowl of a food processor and processed them together until the cream cheese was smooth. Then I added the sweetened condensed milk and the pitted cherries and pulsed them together briefly, scraped down the sides and pulsed the contents again. You want to leave some chunks. Turn out into a medium sized bowl. If you’ve pureed your cherries too much, pit and roughly chop 5-6 cherries and add them to the bowl.) Add the chunks of chocolate to your bowl of cherries. 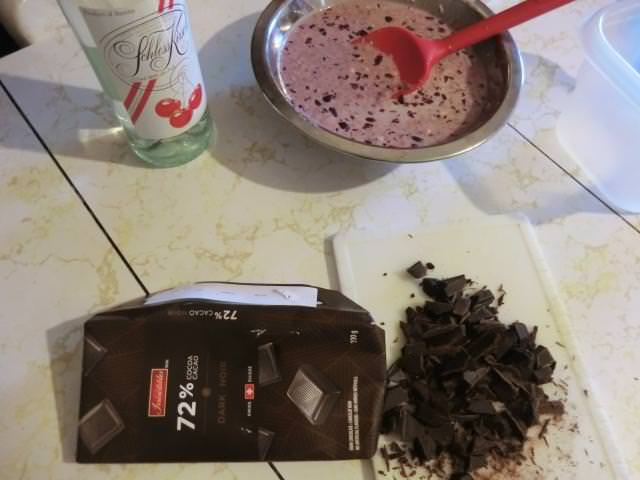 In a medium sized bowl, whip the whipping cream until stiff peaks form.

Transfer the ice cream gently into a lidded 4 cup freezer safe/Tupperware container. Freeze for AT LEAST 6 hrs or overnight before serving. For maximum creamy texture, let the ice cream sit at room temperature for about 10-15 min before scooping. 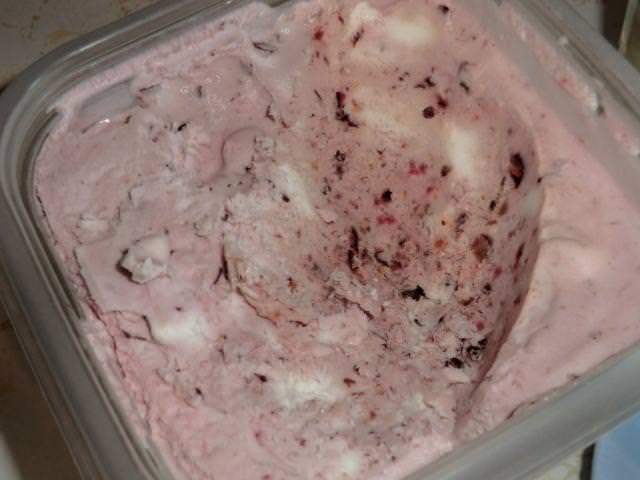 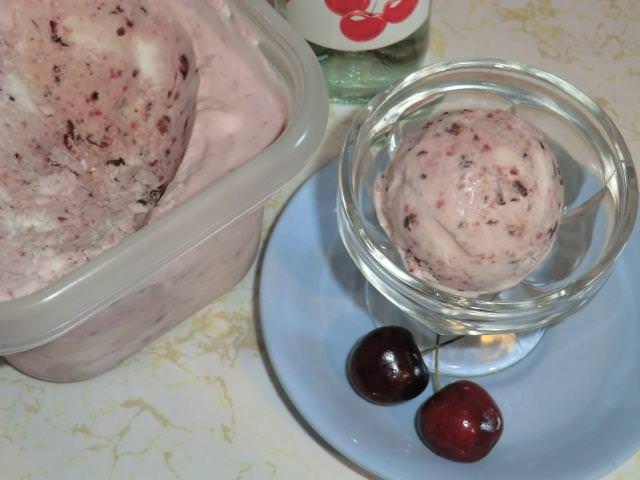 And so that the rest of the can of sweetened condensed milk wouldn’t end up in the freezer, I wanted to make a second flavour. In contrast with the sweet fruitiness of the cherry ice cream, I decided on a simple black sesame seed ice cream. The flavour is subtle and the slight bitterness of the toasted and ground sesame seeds tones down the sweetness of the basic no churn recipe. 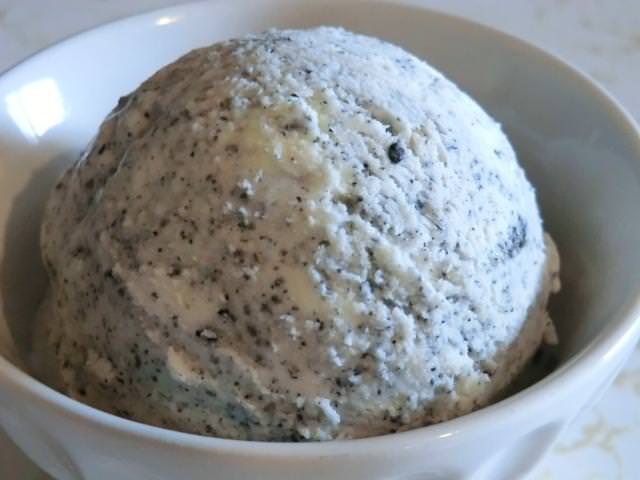 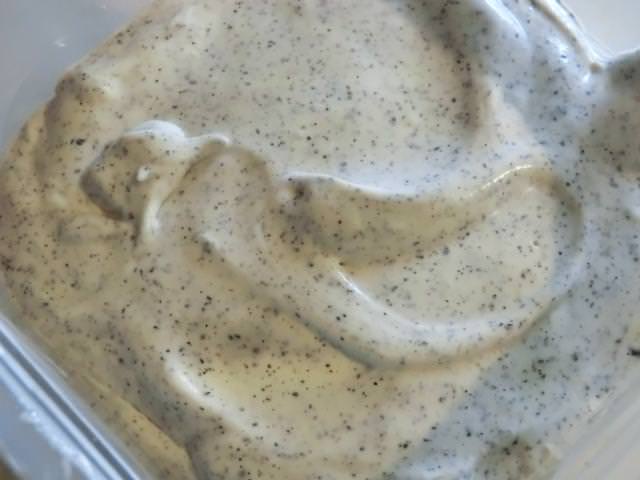