I recently came home with a bag full of goodies from a local Japanese grocery store I visit occasionally. Along with the canned inari-zushi on my list, I also picked up a package of dashi granules, a stick of kamaboko (cured surimi or fish paste), in the pretty white and pink swirl Naruto-maki style, and a tub of gochujang (Korean red chile pepper paste).

I was particularly excited at the idea of adding the kamoboko as a garnish to a bowl of ramen noodle soup, so I divided the kamaboko into four portions, and then wrapped and froze three of them while keeping the last portion in the fridge.

Circumstances led me to skip making the planned noodle dish and instead I made a very simple seaweed and tofu soup. Mostly because I soaked one tablespoon instead of one TEASPOON of dried wakame (seaweed, sea mustard in English). And because the marinated soft boiled eggs, another commonly seen garnish on the ramen noodle soup, were more fragile than I imagined. While peeling the first egg, it cracked … a LOT. Even the second and third egg weren’t perfect, though my peeling got progressively better. These last three eggs were placed into a soy, mirin and dashi stock mixture to marinade overnight.

And, even though the first bowl of seaweed soup I assembled wasn’t particularly pretty, it was delicious even without using a marinated egg. 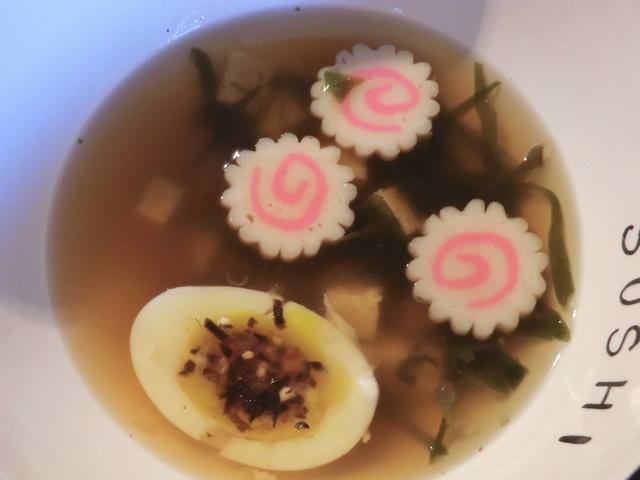 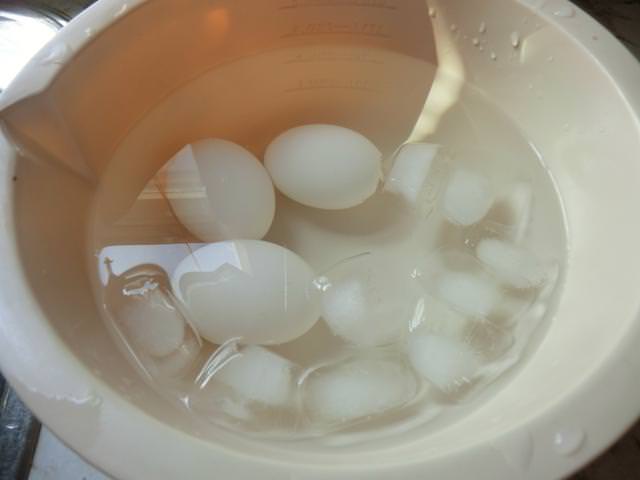 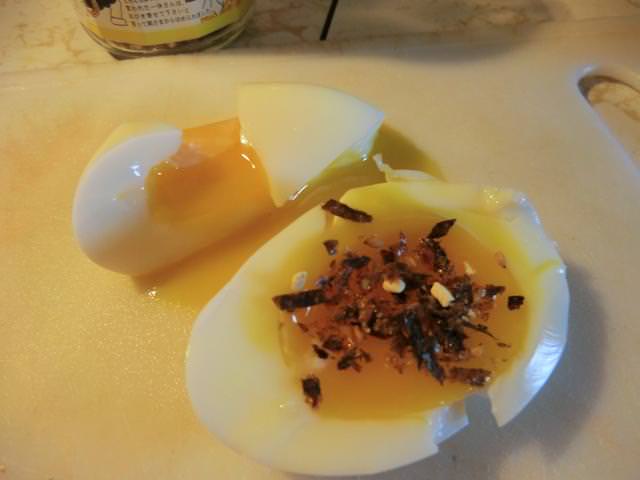 I marinated the remaining eggs for 3-4 hrs and then refrigerated the eggs until the next day when I used one of them to top a second bowl of soup. (I hope to be able to replace this picture … soon.) 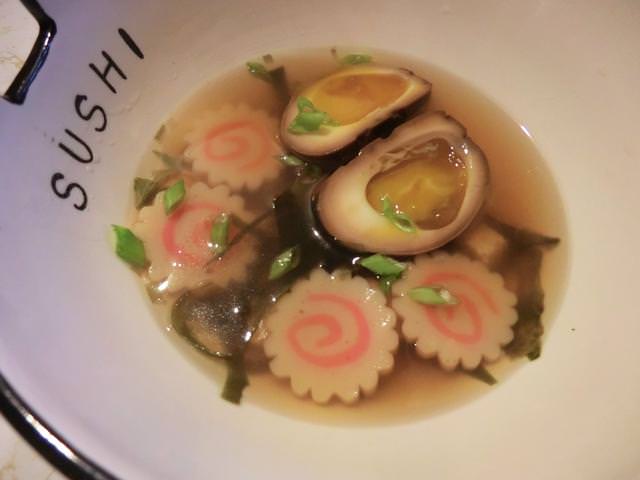