Recently I cooked up the last of my tri-colour quinoa and used part of it to make shrimp and Chinese sausage quinoa fried “rice”. I set aside a cup of the cooked quinoa and finally used it up this past weekend to stuff some sweet peppers that had been lingering in my vegetable crisper drawer.

Warning: Times and amounts in the recipe below are rough estimates based on scaling up the recipe for four people and your particular oven. 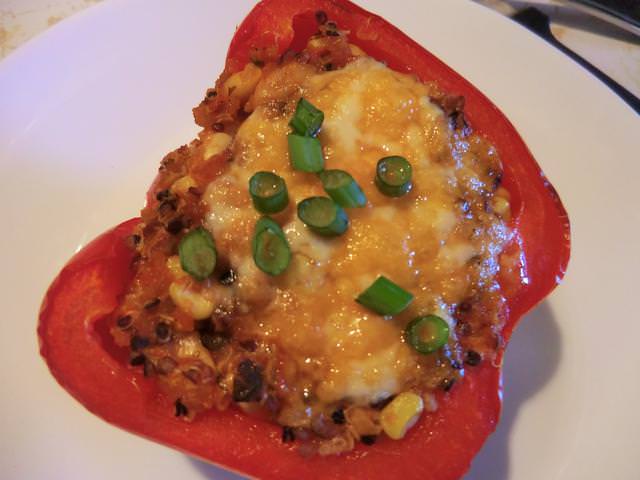 NOTE: The peppers and filling may be prepared and assembled the night before, covered and refrigerated and then baked the next day.

Cut the peppers in half, removing stems, ribs and seeds. Place into a 9 by 13 inch baking dish. 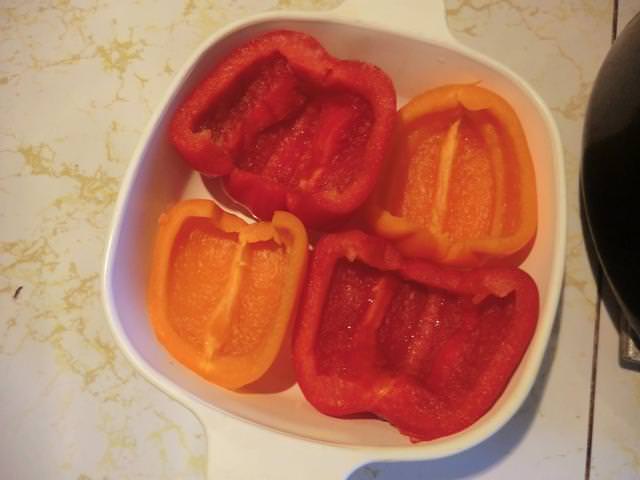 Pre-heat the oven to 375 degrees Fahrenheit.

In a large saute pan over medium/medium-high heat, saute the diced onion in the vegetable oil until the onions are translucent and just picking up some colour around the edges. Add the ground chicken, season with salt and pepper and saute until no long pink. Add the corn and cooked quinoa, mix through the chicken and onion and saute for a few minutes until warmed through. 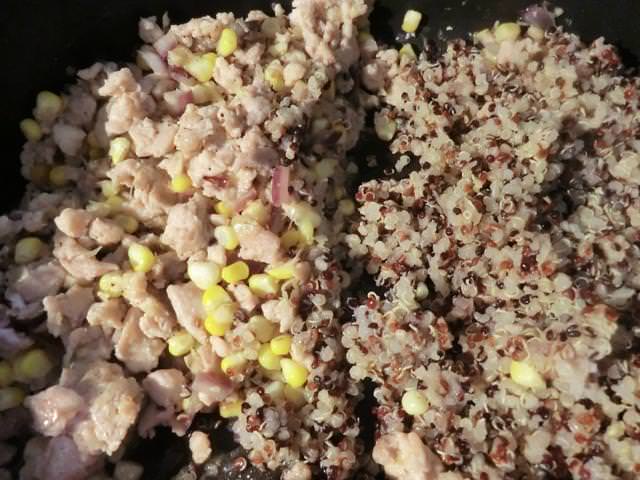 Stir in half a cup of marinara sauce, mix thoroughly and, if it seems too dry, add a bit more of the marinara sauce. Taste and add additional salt and pepper if needed. 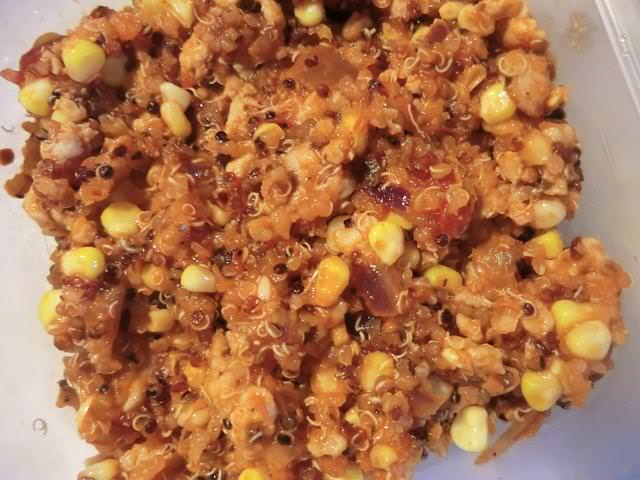 Spoon the filling into the pepper halves. Add about 1/4 cups of water to the baking dish to help with cooking/steaming the peppers and cover tightly with a sheet of aluminum foil.

Bake for 25-30 minutes, or until the peppers are tender. If you’ve refrigerated the dish, you’ll likely have to add an additional 10-15 minutes to the bake time. 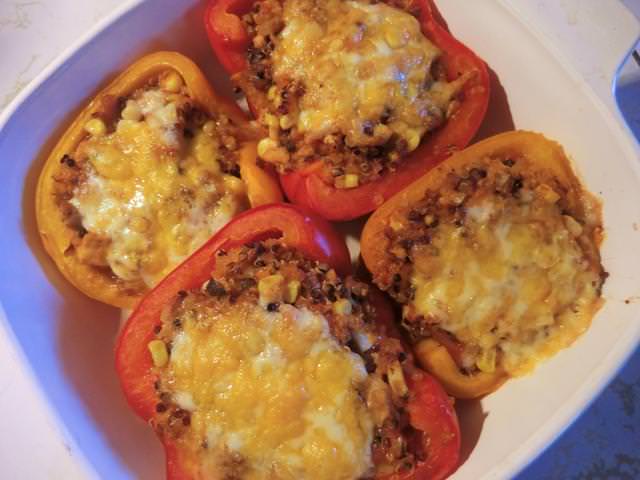 Remove the foil and add about a tablespoon of cheese to the top of each stuffed pepper half. Return to the oven and bake for 5-10 minutes, until the cheese is melted and bubbly. If you want a bit more colour, you may turn on the broiler on high for a few minutes but, watch carefully, so that the cheese doesn’t burn. Serve while hot with a sprinkling of sliced green onion.