Breakfast for lunch (aka brunch) or dinner (aka brinner) is one of my favourite meals. 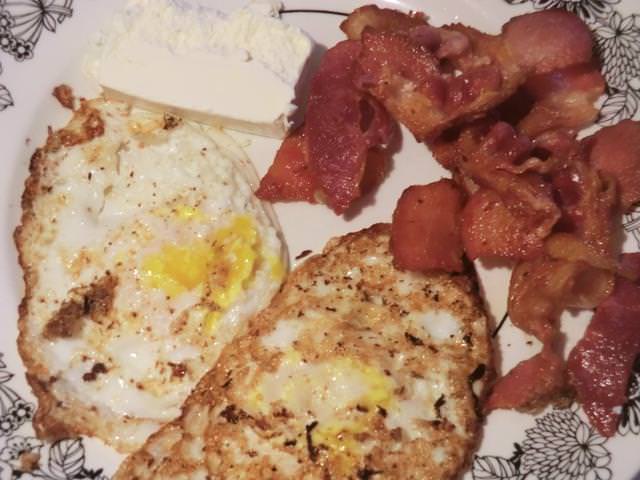 … sometimes the eggs get scrambled and the cream cheese gets spread on toasted sourdough bread. There’s usually bacon in the picture though. 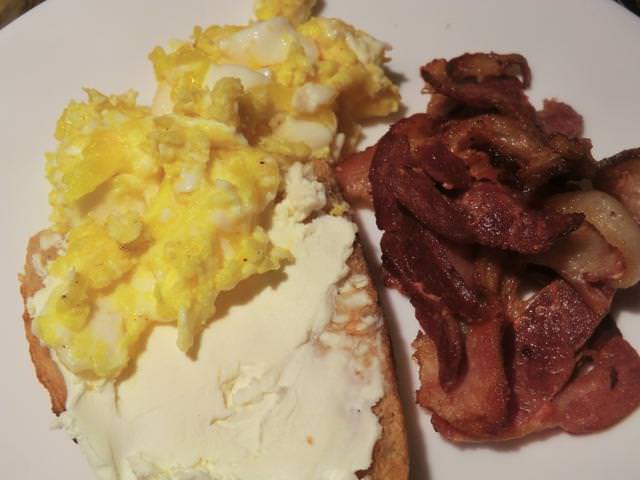 Two thick cut slices of sourdough bread soaked in a mixture of 1 whole egg, 1/3 cup of milk and a splash of vanilla extract and fried in unsalted butter makes a delicious if not diet friendly serving of French toast (pain doré) with lots of real Canadian maple syrup. And on the side … BACON!!!!!!!!!!! 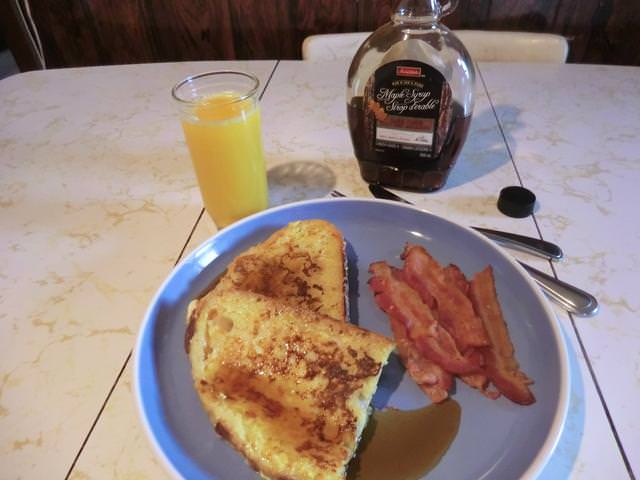 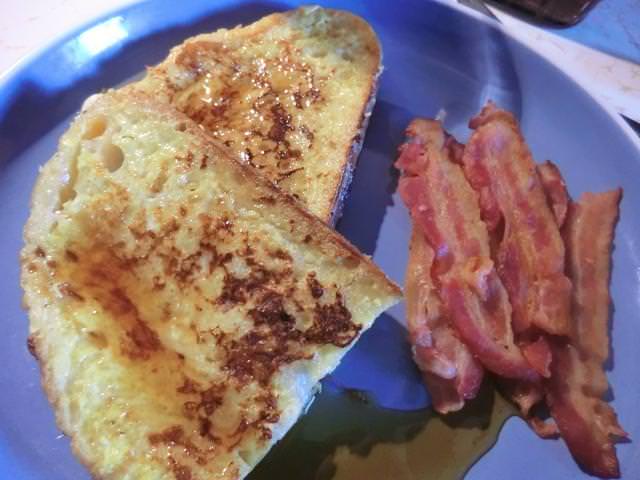 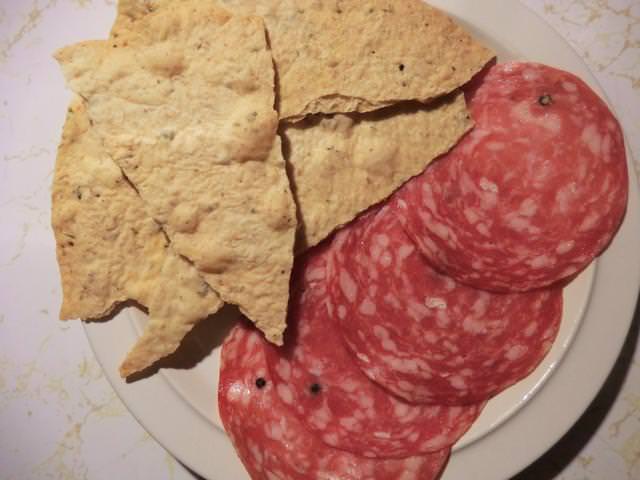 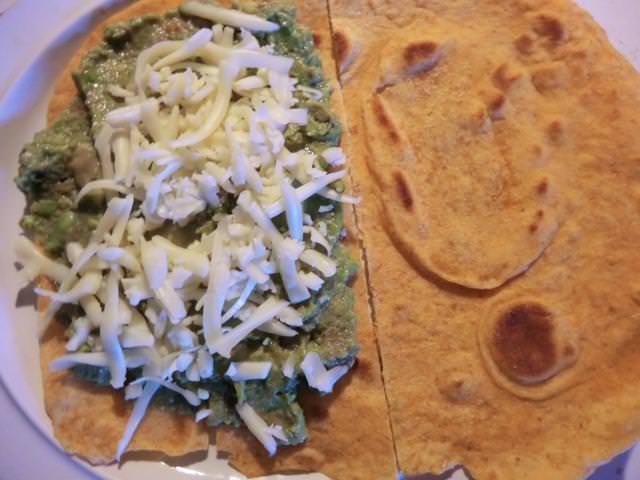 I hate throwing away egg whites, though I have often done so. If I had a decent sponge cake recipe, I’d try to make a small version but I only have a full sized sponge cake pan and my last attempt at the full size (many years ago) was a miserable failure. And don’t get me started on macarons. I’m not THAT desperate. So, I’m stuck making meringues. As often happens, I FORGOT to let the egg whites come to room temperature. And they may have been ‘aged’ longer than advised. Still, even a somewhat grainy meringue bakes up to a tasty treat. I sprinkled toasted coconut on some of the meringues before baking. And I beat in espresso powder on the last third of the beaten whites so they deflated. Who cares? 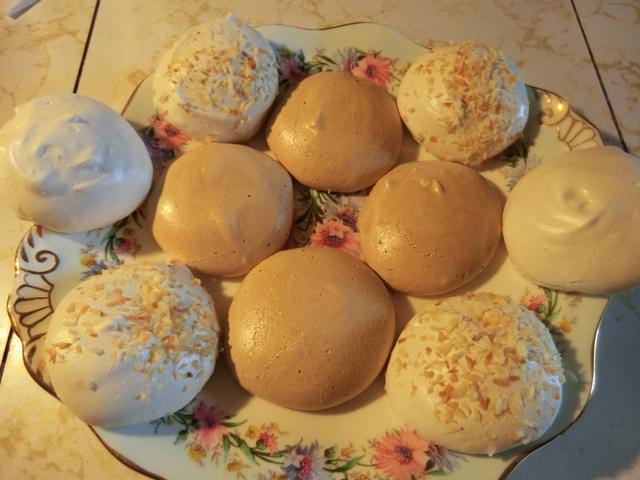 The last of the home made puff pastry rectangles filled with espresso sweetened whipped cream with a cup of coffee … cause you can never have TOO MUCH caffeine. 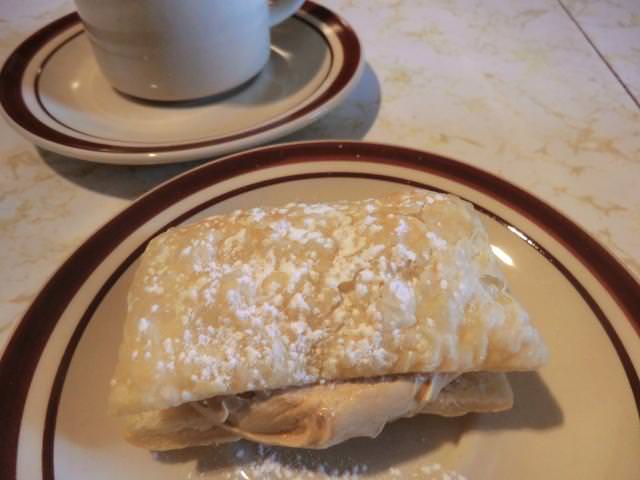 I bought an unripe mango and cut it too early so it was hard and somewhat tasteless … no problem. Peel and dice and add 1 cup of orange juice, 1/2 cup of yogurt, sugar or honey to taste and about a tbsp of fresh grated ginger. Whizz it up in your blender and you get three refreshing servings of mango smoothie. 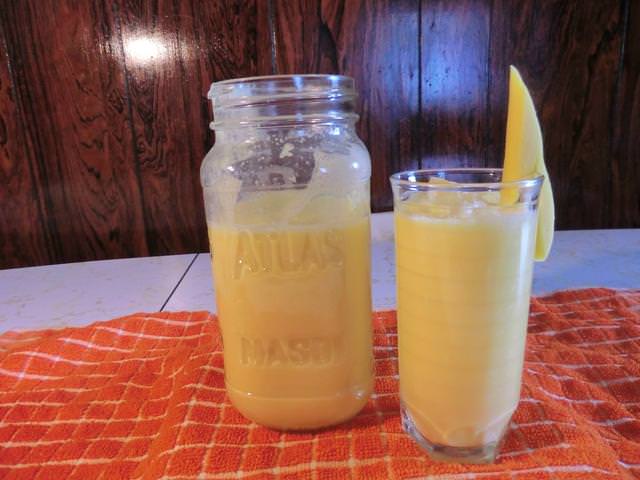 7 thoughts on “Breakfast, Snack, Dessert and Drink Odds and Ends”