I haven’t made lemon meringue pie in ages, but after my LJ friend, Spikesgirl, mentioned making one, recently, I got SUCH a craving that I couldn’t resist making one too. Of course, that meant that I was going to have to eat an entire pie before it went bad … or I got so sick of eating it that I had to pitch the leftovers. 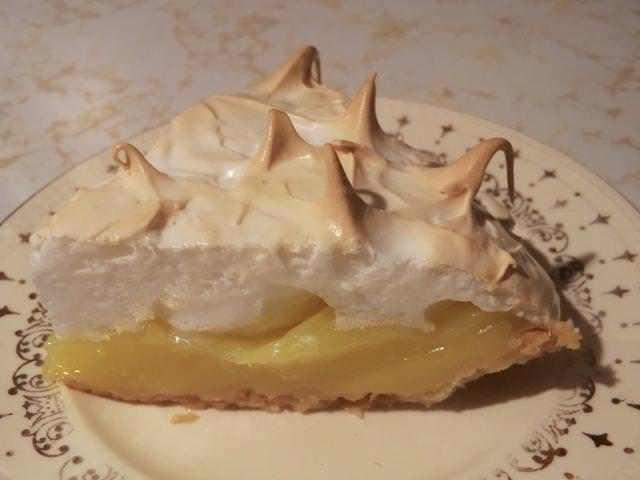 Then I had a BRILLIANT idea.

Scale down the recipe and make a couple of mini pies.

Well, the best laid plans and all that.

I tried a new recipe for the filling/meringue since it was easier to halve but it still made more filling than would fit into the two mini pies I had pre-baked, so I filled a 7 1/4-inch pie shell, and snacked on the rest of the filling.

Lemon Meringue Pie – baked for 20 minutes until the meringue tips were golden brown. 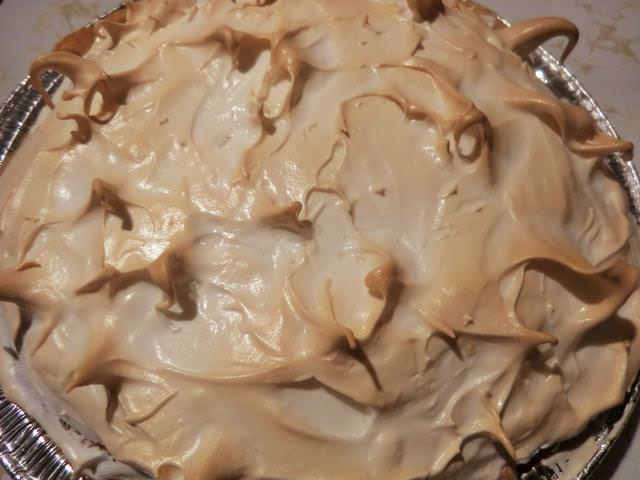 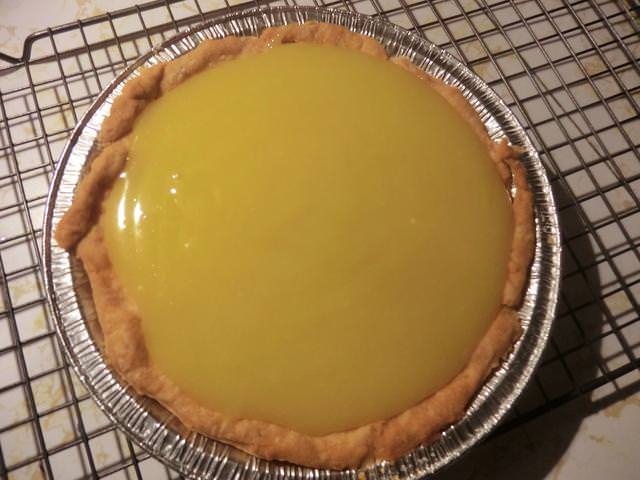 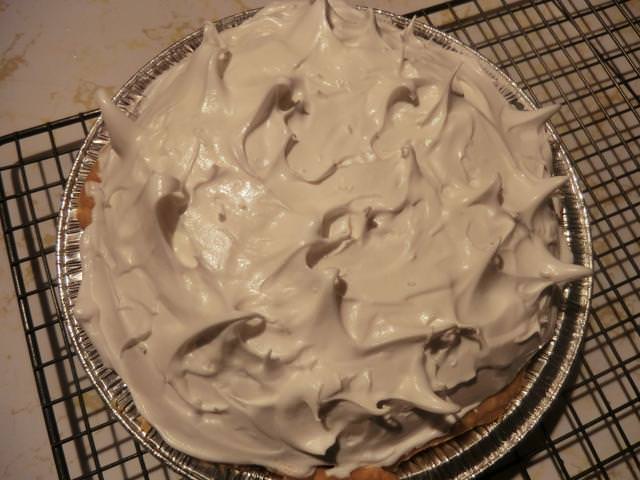 I lasted a bit over an hour and then I just had to cut into the pie. Conclusion … DELICIOUS. 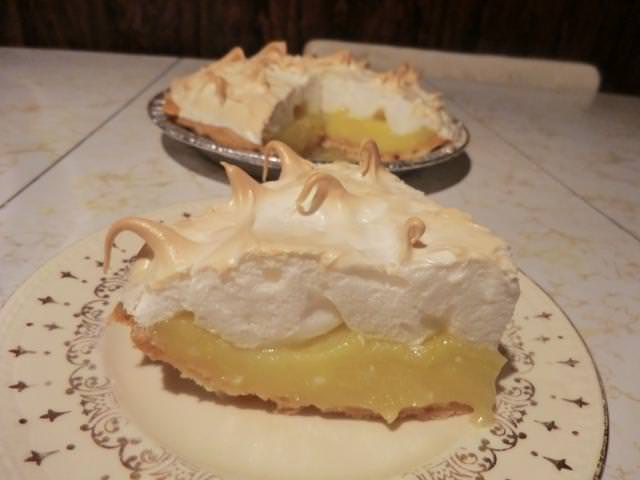