I’ve only been baking with sourdough for a few years and though I’ve had more than a few great bakes, it’s the failures that nag at me. One of my peeves is the inability to get good oven spring. So, this loaf made me very happy.

The original recipe was posted on a sourdough FB group but I also found it on the web here. 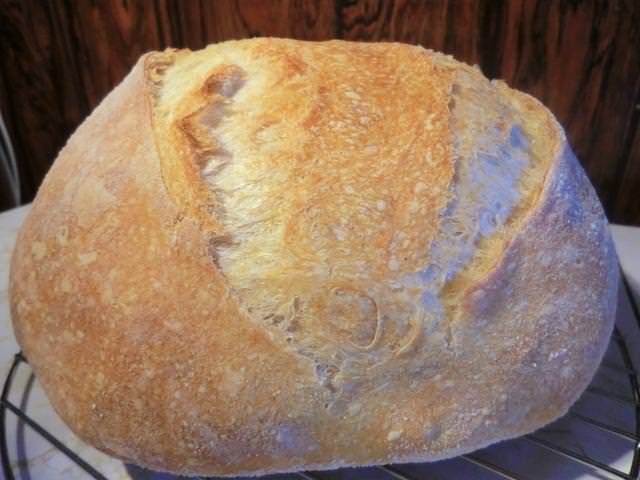 After all the stretches and folds, the shaped dough was flipped over and placed, bottom up, into the towel lined colander and proofed in the oven with just the light on, for 1 hour. 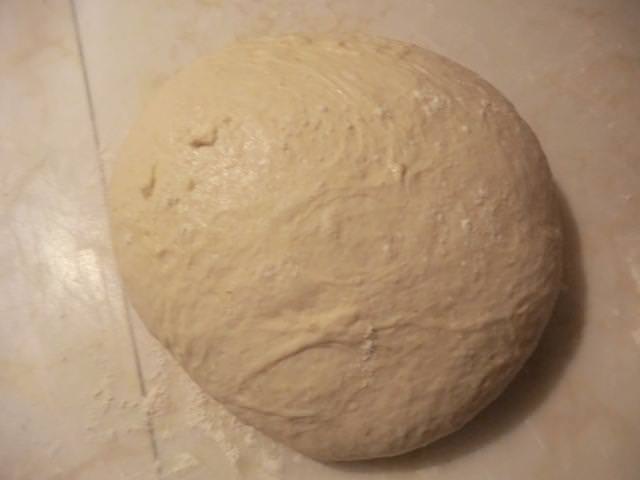 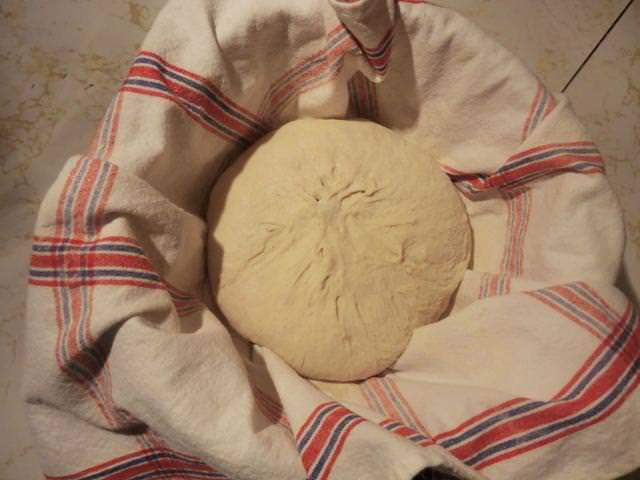 Then, the risen dough was transferred to the fridge, for 40 minutes. After its rest in the fridge, the dough was flipped over onto a sheet of parchment paper and slashed. 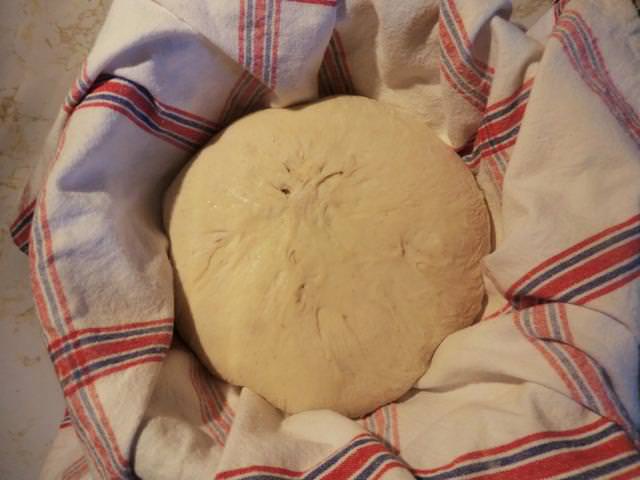 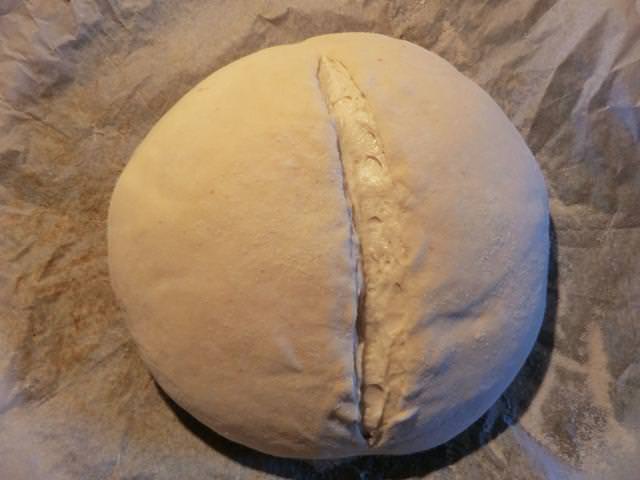 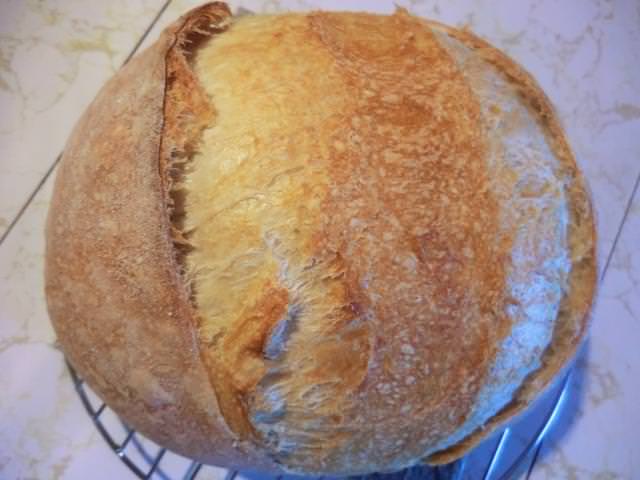 The crust of this bread was hard and crunchy when it came out of the oven but as it sat cooling on the rack, it softened a bit while still remaining nice and chewy. 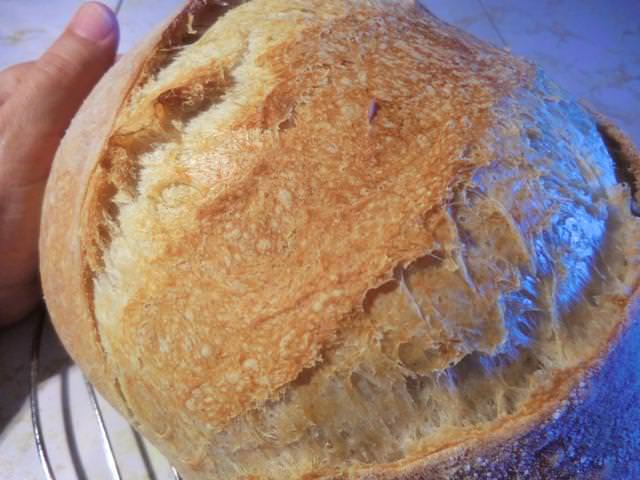 The crumb … spongy … and the bread itself was very tasty. 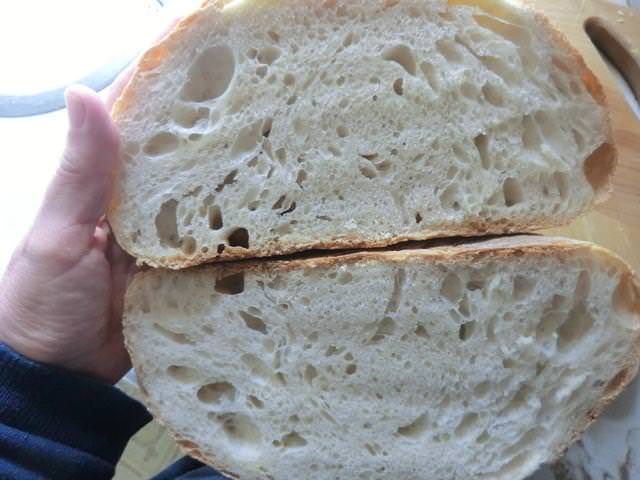 I enjoyed it plain, with jam and dipped in a bowl of broccoli and cheese potato soup. 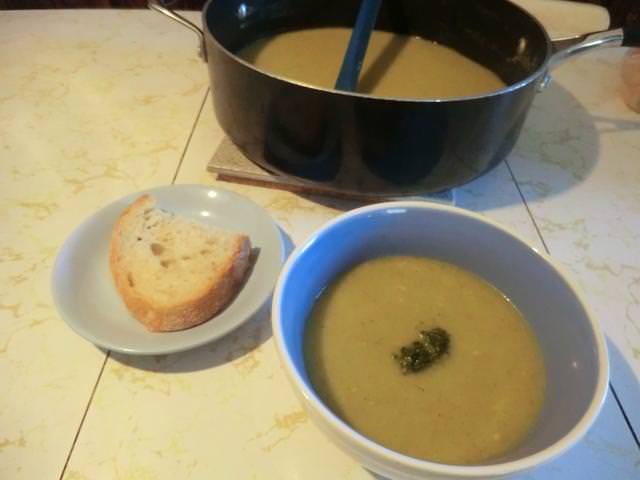 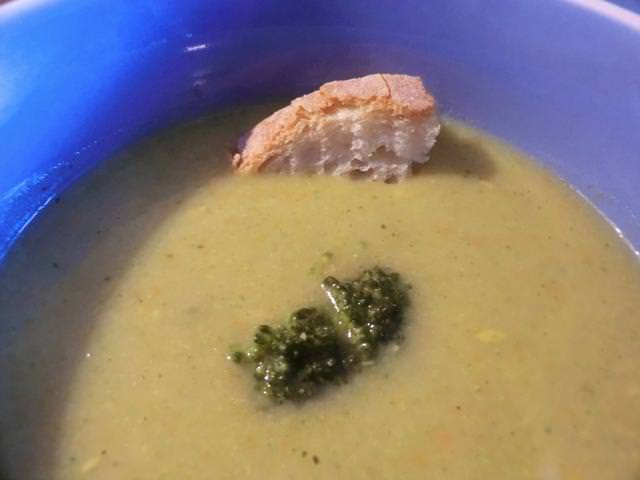 I had about 150 gms of active sourdough starter left and wanted to use it up so I added it to a batch of my usual pizza dough. (I reduced the dry yeast from 2 1/4 tsp to 2 tsp.) Since I had committed to six hours of making the same day recipe with stretches and folds over 3 hours, and wasn’t sure exactly when the oven would be free, I kneaded my pizza dough for 10 minutes and then wrapped it up and placed it into the fridge to cold proof. Two hours later … I saw this. 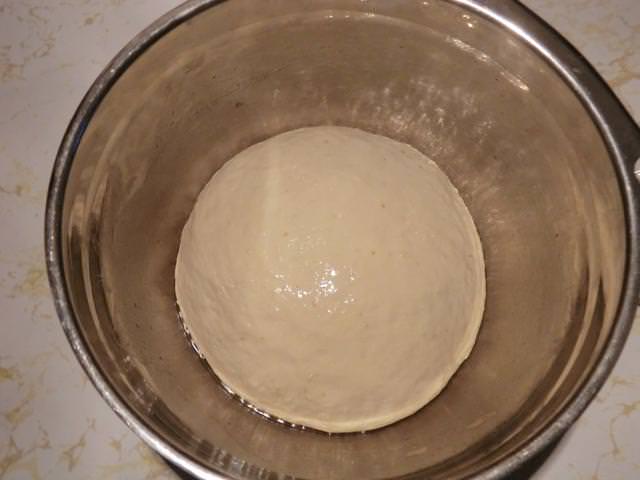 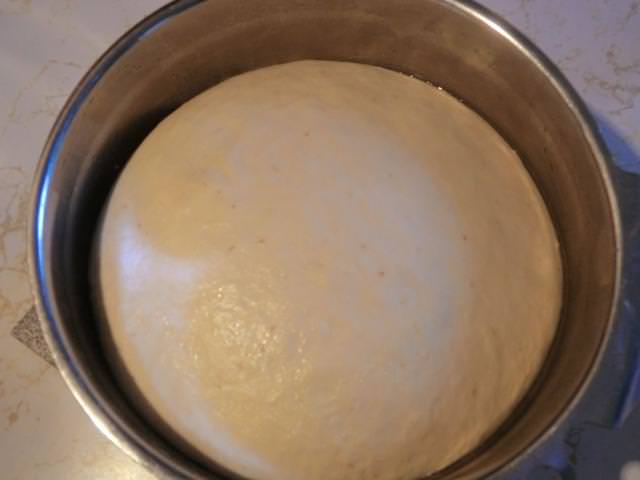 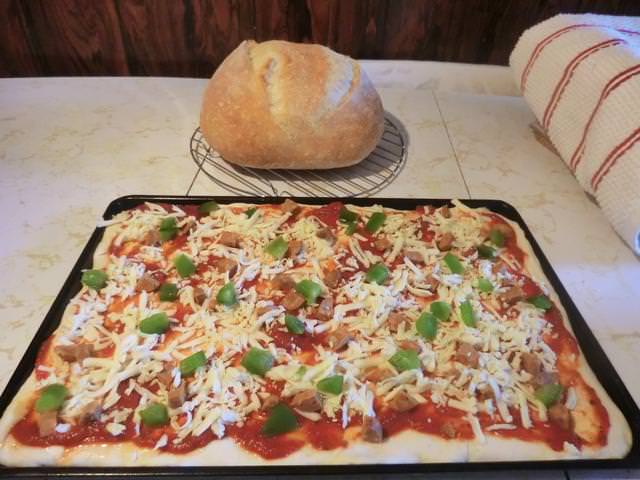 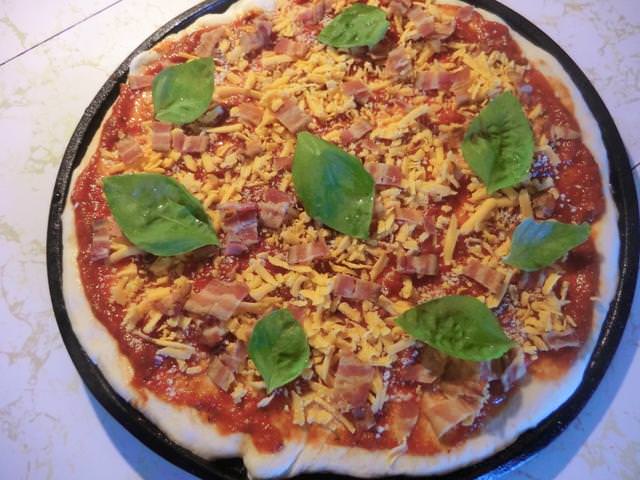 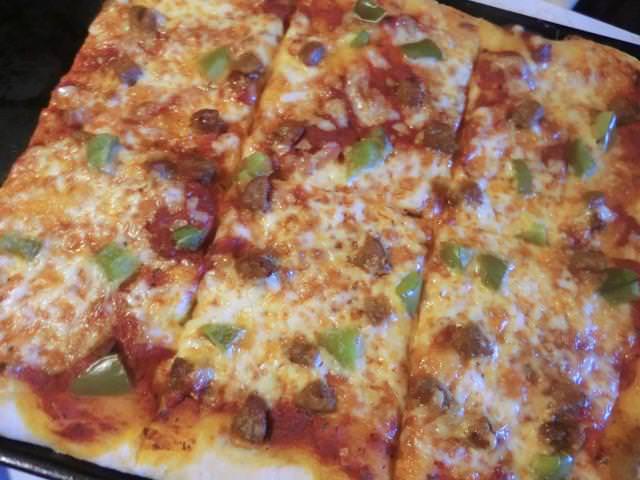 The pizzas are for work lunches and a couple of slices staved off my hunger enough to be able to hold off on cutting into that hot loaf until it was room temperature. 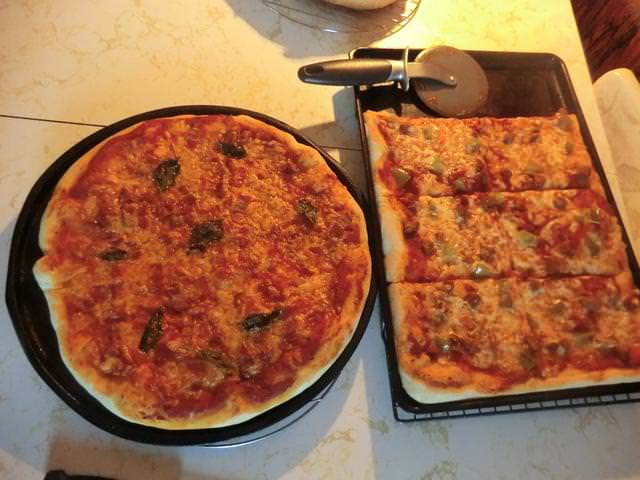