Recently I had a cookie fail … a type of spritz cookies (ETA: they’re actually called meat grinder cookies) from a Hungarian recipe. I used an old cookie press that I inherited from my mom, but the dough was so stiff that I almost broke my thumbs trying to push it through the decorative nozzles. I finally gave up after forcing out about a dozen of each kind of cookie and threw away the rest of the dough. (I had added red gel food colour and cocoa powder to equal portions of the dough.) Even worse, the finished cookies were dry and tasteless. 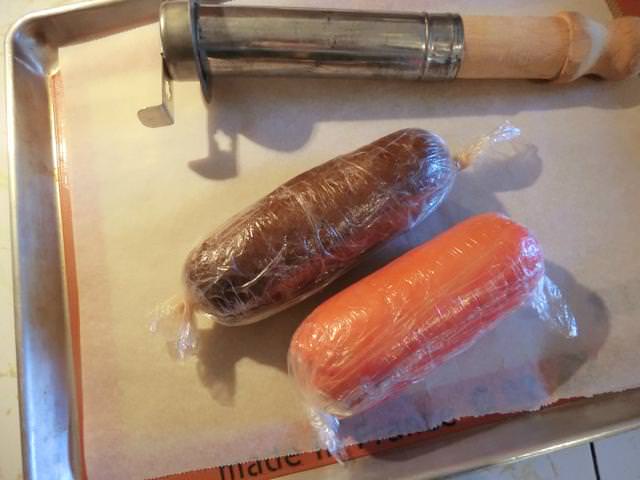 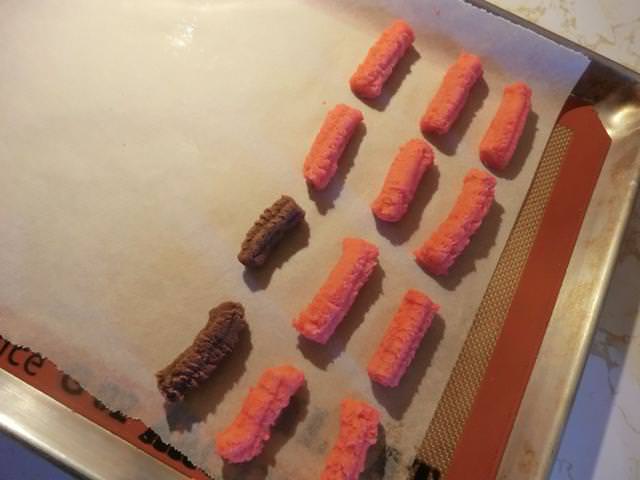 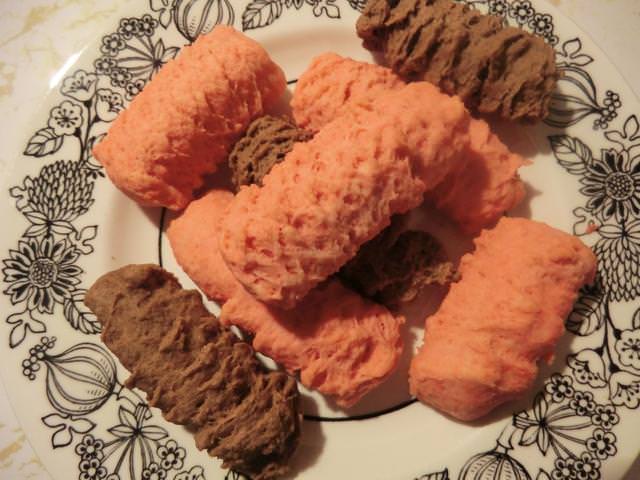 In an effort to turn lemons into lemonade, I decided to grind up the cookies and use the ground crumbs as a base for individual cheesecakes. 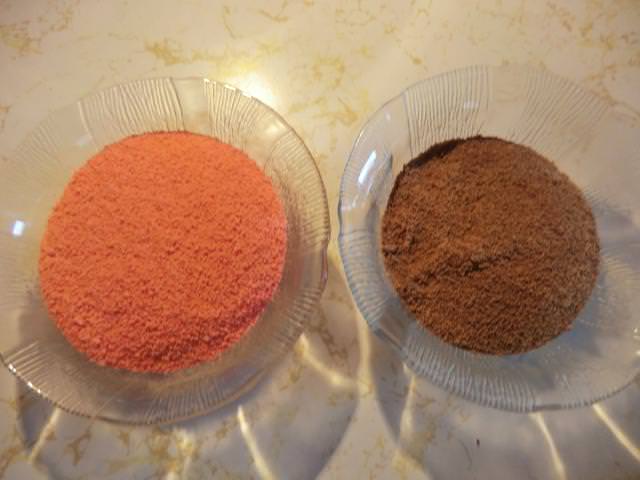 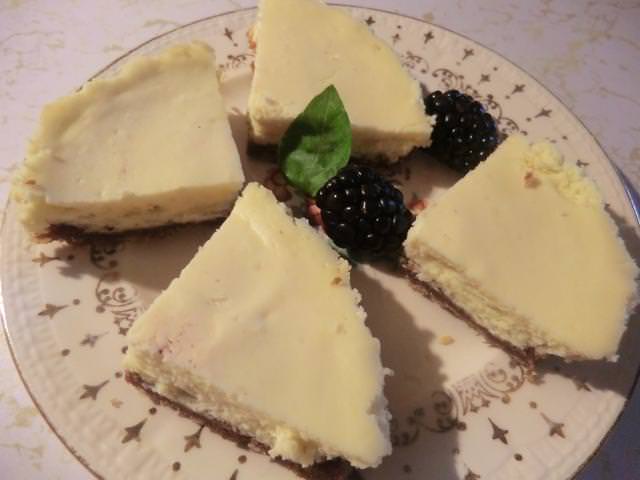 I had about 1/2 cup of chocolate cookie crumbs to which I added 3 tbsp sugar and 3 tbsp of melted butter. After distributing the crumbs (3 tbsp each) among four 4 inch diameter disposable aluminum pot pie tins, I tamped the crumbs down with the base of a glass and baked the crusts for 8 minutes at 350 deg F, filled the cooled crusts with the cheesecake mixture made from one 8 oz package of cream cheese (I used the cheesecake recipe on the Philadelphia cream cheese box) and baked the cheesecakes until set (~20 min at 350 deg F). The chocolate half of the cheesecake based had 1 tbsp of sifted cocoa powder stirred into the mixture and I found the resulting mini cheesecakes somewhat dry compared to the vanilla cheesecakes. I decided to be economical and only fill the tins half way up, assuming that the cheesecake batter would souffle up during baking but it remained decidedly flat. 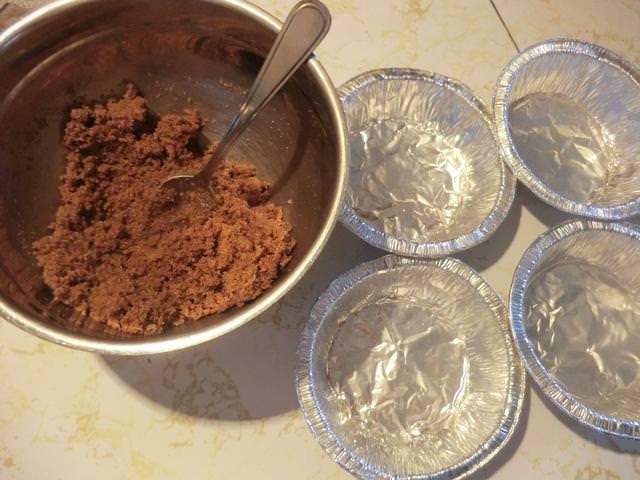 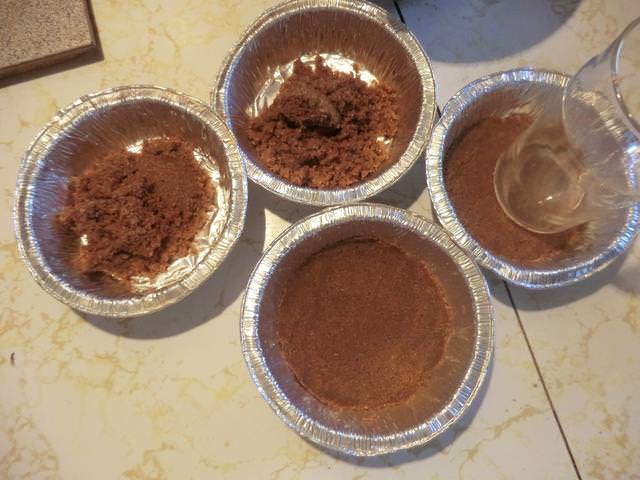 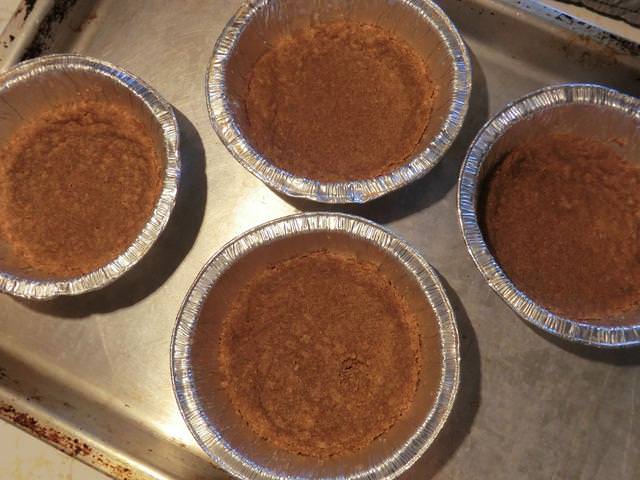 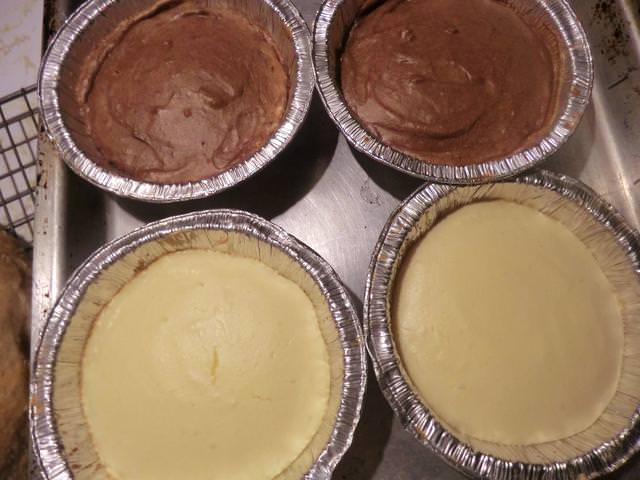 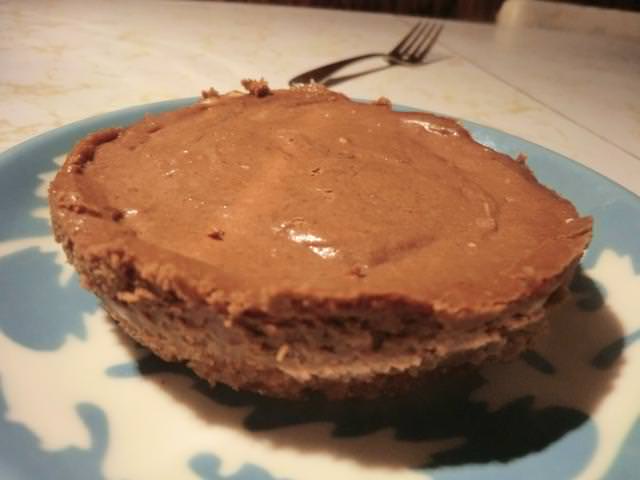 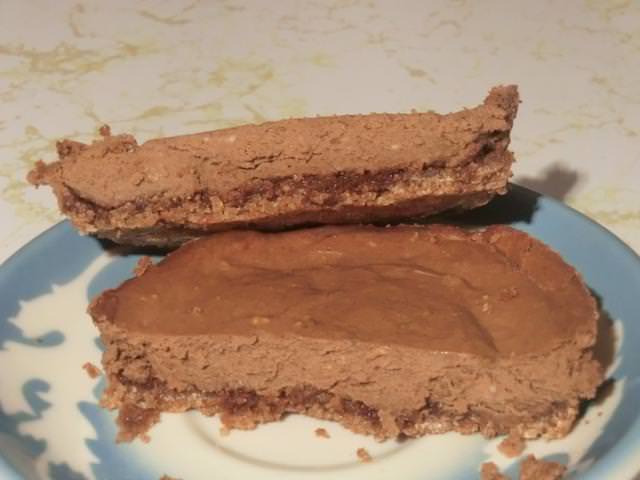 On the positive side, the cheesecakes were more palatable than the cookies. Though they won’t replace the mini cheesecakes I make with ‘Nilla wafers bases. 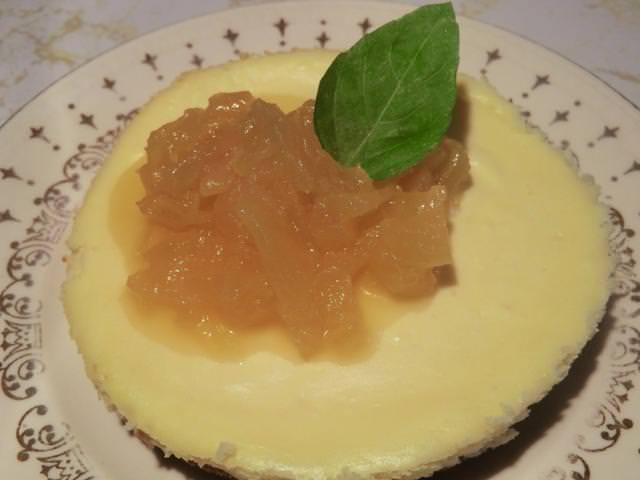