During a pre-Christmas visit, my SIL mentioned a syrup soaked cake that my mother had made years ago. She had discussed the dish with a work colleague who was curious about the dish but didn’t have a lot of recipe details to share with her. Since it had been a long time since I’d tasted the dessert myself, I was vague on details, but I thought it contained semolina. My nephew, however, thought it was finely ground cornmeal. His memory has been proven to be better than mine, in the past, but I thought I was right this time.

My mom never wrote down any of her recipes and I had, over the years, done some web searches for dishes that I remembered having eaten and liked. I was pretty sure I had saved something similar on one of those searches so I checked my hard drive, before I went web surfing again.

I ran across a recipe for a Greek semolina cake, with orange syrup, from “The Spruce” website, called “revani/ravani” which I thought I’d give a try. A similar dish, with Arabic/Algerian origins, is known as “basbousa”.

Since I was only cooking for one, I decided to scale down the recipe, designed to be baked in a 9 by 13 inch baking pan, and baked it in an 8 by 8 inch disposable aluminum baking pan. 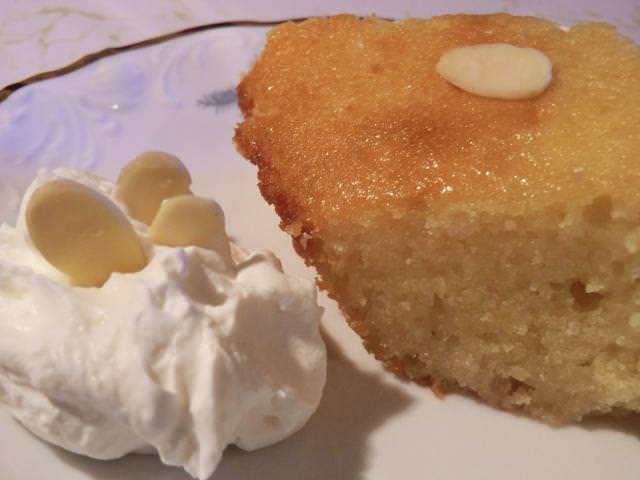 Just before folding the beaten egg whites into the rest of the batter. 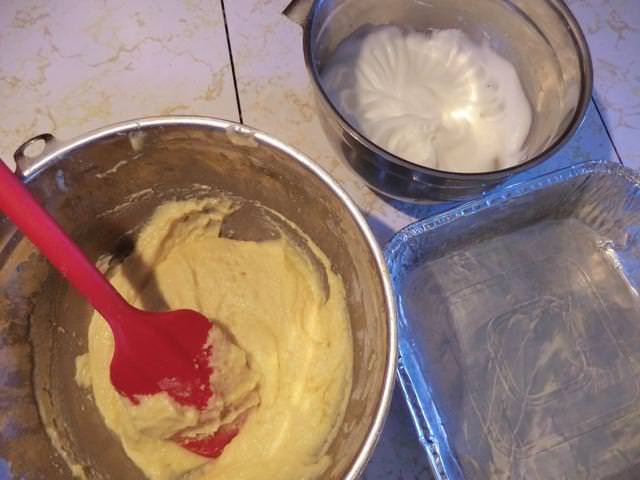 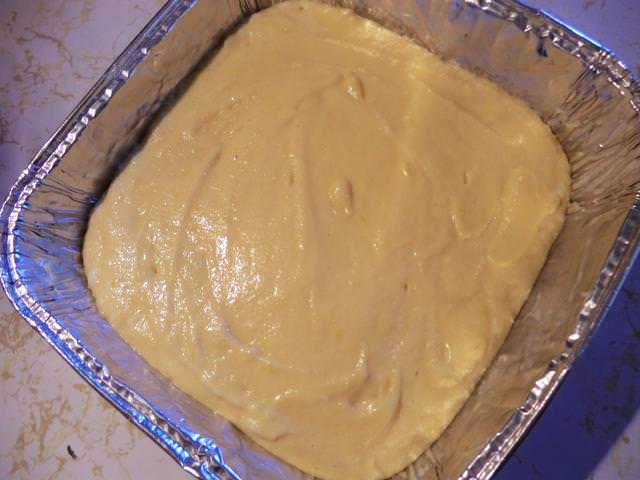 The baked cake after soaking in the syrup. 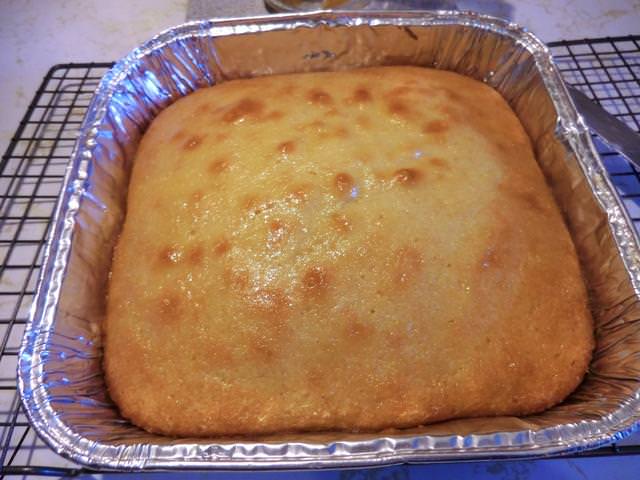 Cut and decorated with sliced almonds. It turned out well, though I decided to get creative in my cutting, and ended up touching the top of the cake, while it was soaking in the syrup, with my flexible cutting board which I was using as a guide. It took the top layer off the cake … so the result wasn’t as pretty as I hoped. And my cutting design was disappointing. 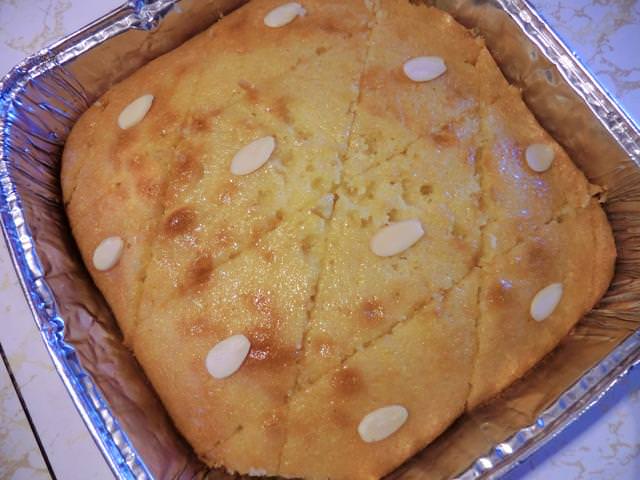 Conclusion: An easy to make cake, tasty and moist. The texture isn’t as ‘grainy’ as I remember my mom’s being. Maybe she used a coarser semolina grind, #2 not the finely ground #1, that the recipe called for.

If making this cake again, I’d cut it into 2 inch squares and not scale down the soaking syrup, since there wasn’t enough to get to the center of the cake.