Whether you call it cozonac, kalacs/beigli, or babka, this sweet bread filled with ground nuts (usually walnuts), poppy seeds, raisins or even rahat/lokum (a gummy middle eastern candy known in the west as ‘Turkish delight’) is served at Easter and Christmas in many eastern European countries. I can’t remember my mom ever making this though, knowing her difficulties with yeast based baking, it’s unlikely. However, I HAVE eaten it at Romanian and Hungarian church and community center bake sales. 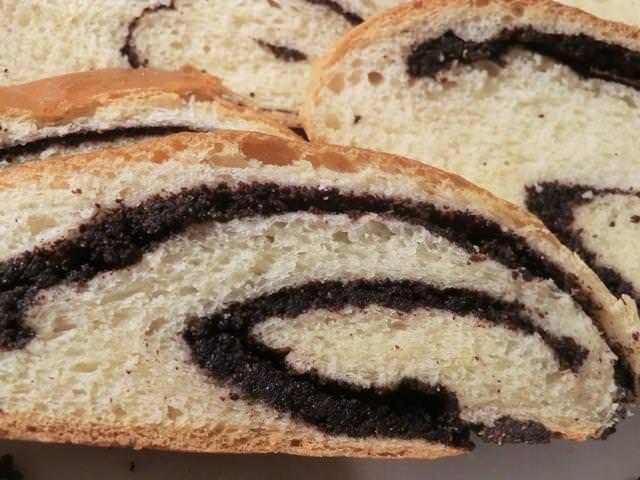 Poppy seed isn’t a filling I’ve used often so I thought I’d give it a try for a change of pace. I bought a fresh, one pound bag at the grocery store, even though I’ve got a couple pounds, at least, in the freezer downstairs. I’m not quite sure how long it’s been there. Several years at least, I think, so I didn’t want to take a chance that the poppy seeds were stale.

I followed the shaping instructions on one of the web sites I researched which said to fold in the ends of the roll but I wasn’t happy with the ‘knobs’. Next time, I’ll risk the filling oozing out and leave them open.

The end piece … dough is nice and fluffy, or as they say in Romanian, pufos. 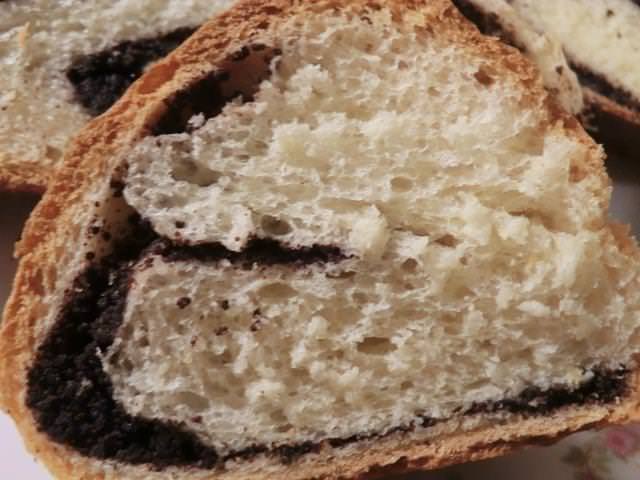 Mix the ground poppy seeds, milk, butter and sugar and bring to the boil over medium heat. Cook until a creamy composition is obtained, about 5 min, while stirring constantly. Add vanilla and lemon peel and leave to cool. 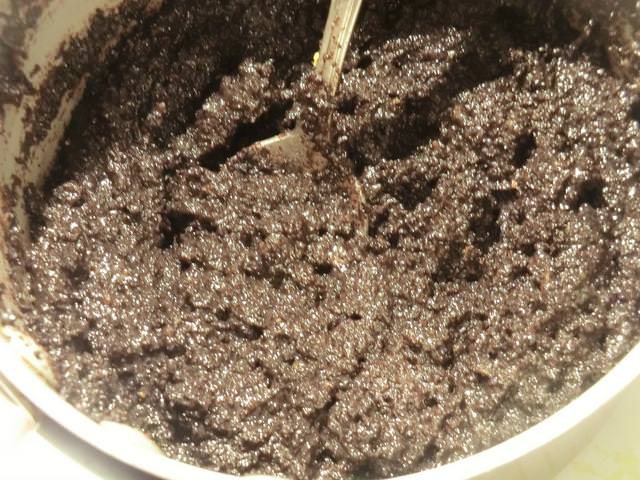 In a large bowl, mix together 1 1/2 cup of flour, warm milk, sugar, and yeast. Cover the mixture and place it in a warm place for 25-30 minutes, until bubbly. 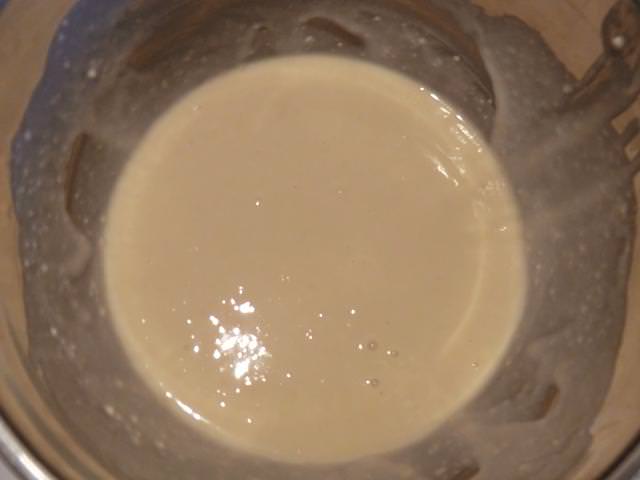 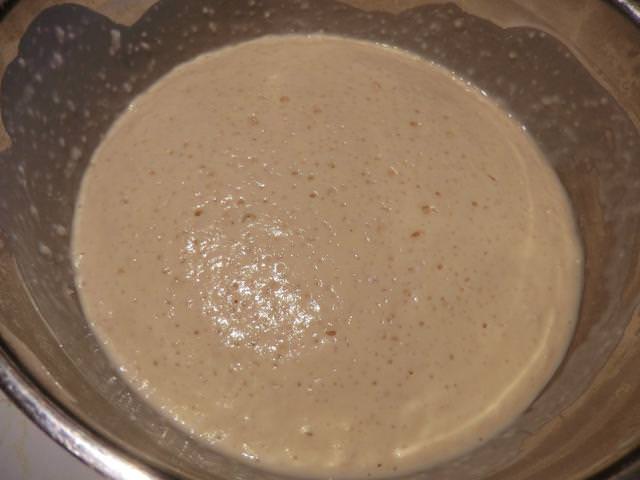 Separate ONE of the eggs, placing the white in a separate bowl and setting it aside. (White is whisked until frothy and used later to brush the bread before it goes into the oven.)

Once the flour and yeast mixture is nice and bubbly, mix in the 2 eggs and one egg yolk. 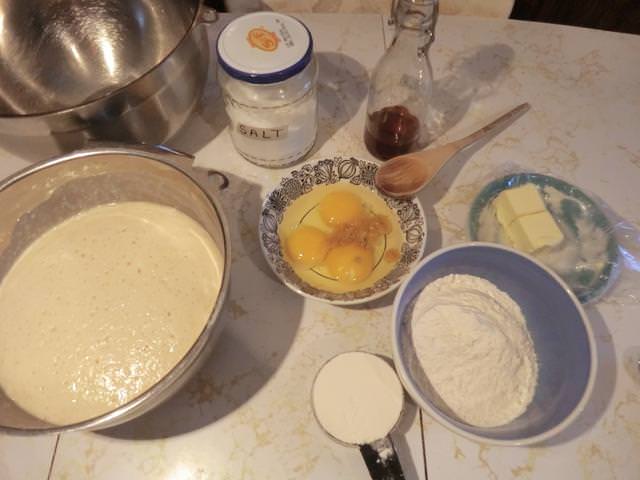 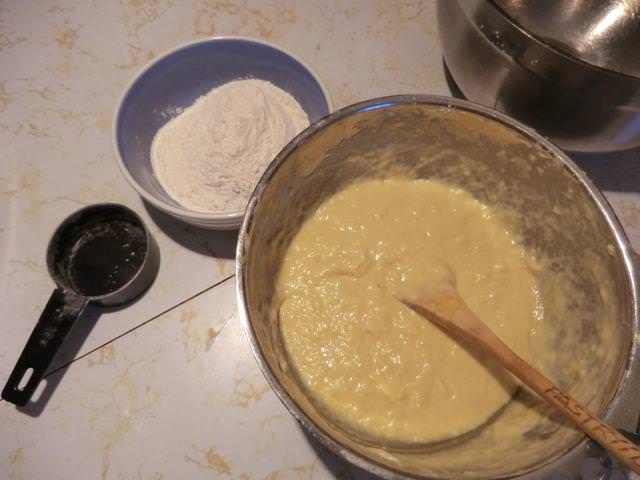 Add 2 1/2 cups of flour, the soft butter, vanilla, lemon zest and salt. Mix until the dough starts to come together. Then, turn the dough out onto a lightly floured surface and knead it until it is smooth and elastic, 8-10 minutes, adding only as much of the remaining 1 cup of flour as is necessary to keep it from sticking to your hands.

(Alternately, you can mix the dough in the bowl of a stand mixer fitted with a dough hook for 2-3 minutes, until it is smooth and elastic, adding flour as necessary to keep it from sticking to the sides of the bowl.)

Place the dough into a clean, well greased bowl and cover it with a damp tea towel. Let the dough rise in a warm, draft free place until it has roughly tripled in bulk, about 1 1/2-2 hours. 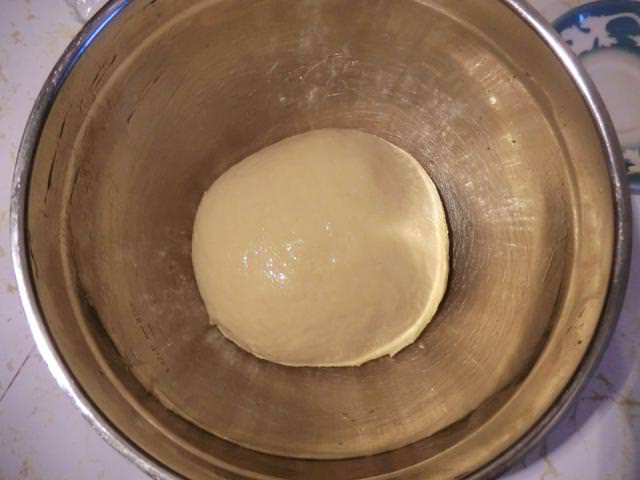 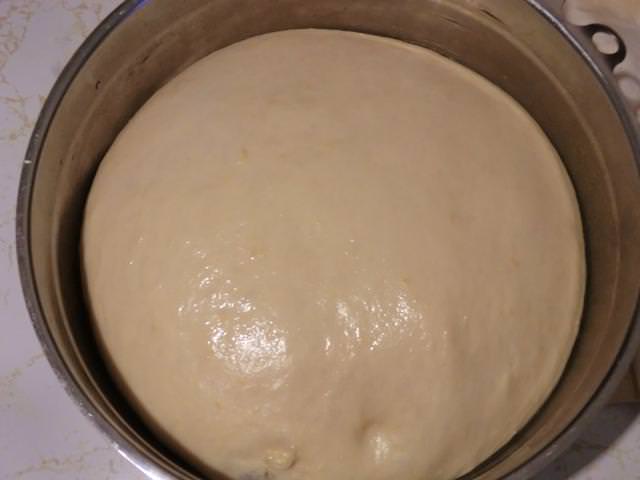 Once the dough has risen, turn it out onto a lightly floured surface and knead it a few times. Divide the dough in half.

Turn out the dough onto a lightly floured working surface and roll out into a rectangle about 11 inches by 14 inches. Spread with half the poppy seed filling to 1/2 an inch from the edge. 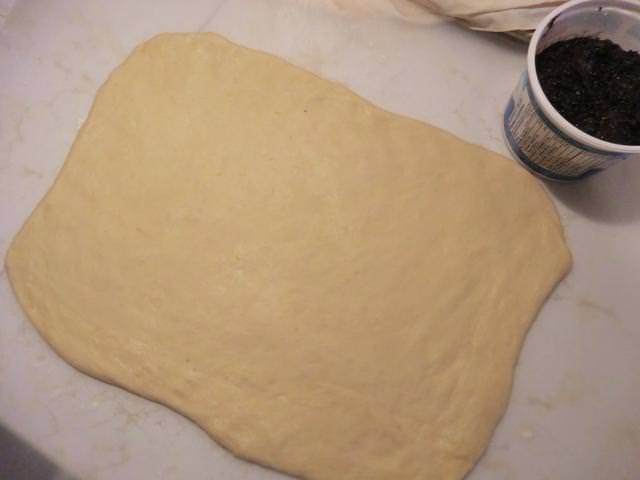 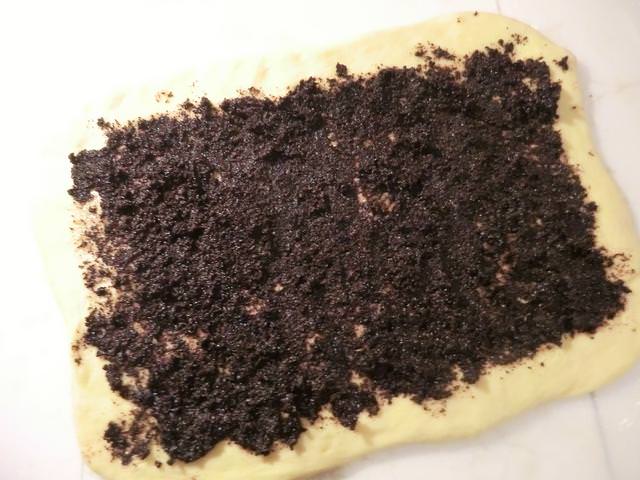 Roll the dough and place onto a parchment lined baking sheet. Repeat with the second portion of dough and filling. 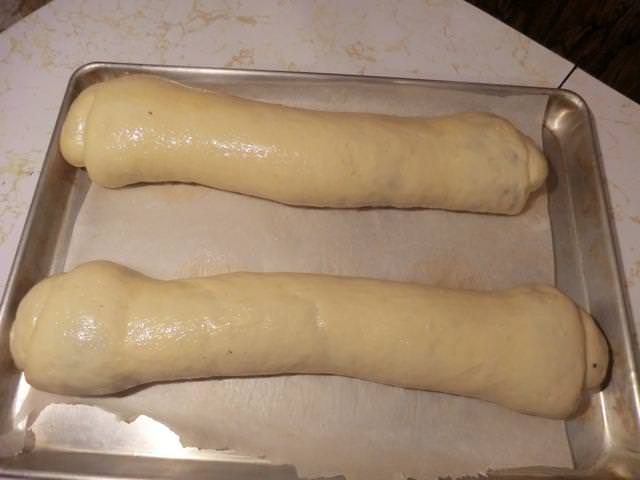 Cover with a lightly oiled sheet of food wrap or a damp towel and let rise until doubled.

Beat the reserved egg white and brush over each of the two loaves. Bake for 45-50 minutes until set and the top is golden brown. Check after 15-20 minutes and if the top seems to be browning too quickly, cover with a large sheet of aluminum foil and continue baking. Rotate the baking sheet half way through the bake. 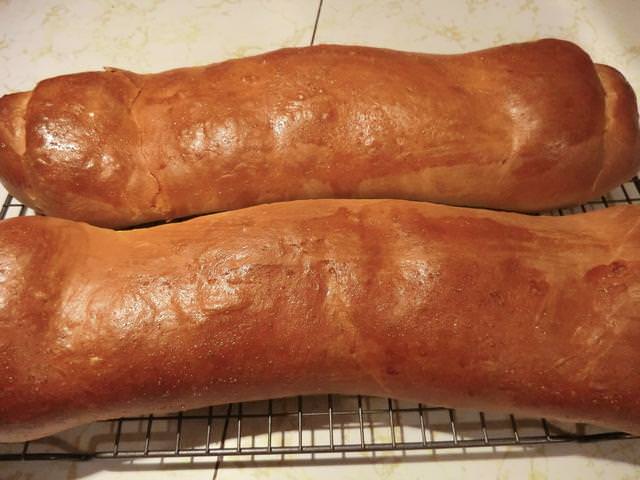