My Saturday grocery shopping had been skipped and there wasn’t much chance that I was going out on Sunday either. I had chicken drumsticks marinating in a spicy Korean mixture with gochujang, garlic, ginger, honey and some other goodies for a type of ‘stew’. And, I had some leftover plain white rice that I could serve them with. But what veggie dish could I include, was the burning question?

A recent purchase of three beautiful leeks meant that after making a pot of mapo tofu, I had two more leeks to use up.

So I went net surfing and found great ideas for using leeks. Some weren’t useful immediately, because I was lacking critical ingredients (or I wasn’t in the mood to go outside and grill on the bbq) but I COULD adapt others. I’m writing down a a few ideas and links from the former category, by the way, for the next time I have leeks. This is the simplest vegetable side dish with leeks that I could find. Simple is GOOD, yes?

Yes, leek soup WAS one of the recipes I found but I don’t have any potatoes for thickening. 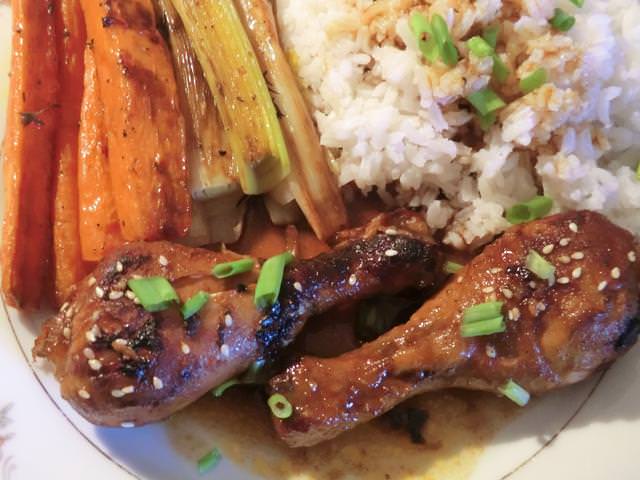 It’s cold outside but my hardy little thyme plant is still alive so I went out and cut a few sprigs. Salt and pepper, a drizzle of olive oil over the top, then the carrots were roasted in the oven, while the chicken drumsticks were braised. I only removed one of the outer layers of the leek, so it was a bit “chewy” like with unpeeled older asparagus stalks, but still very tasty. 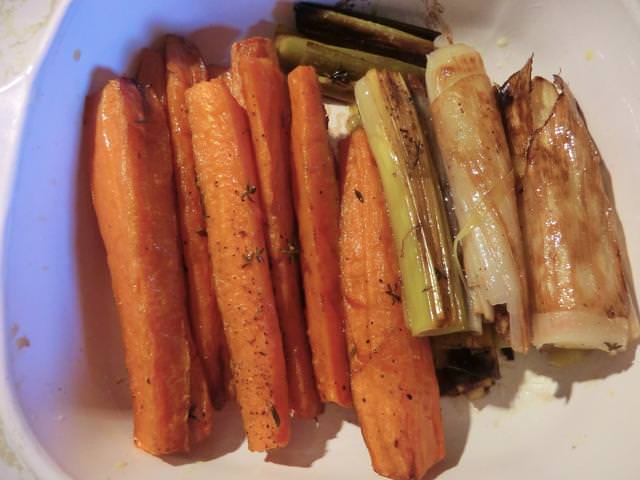 Ready to roast at 350 deg F for 45 min or until tender and slightly caramelized. 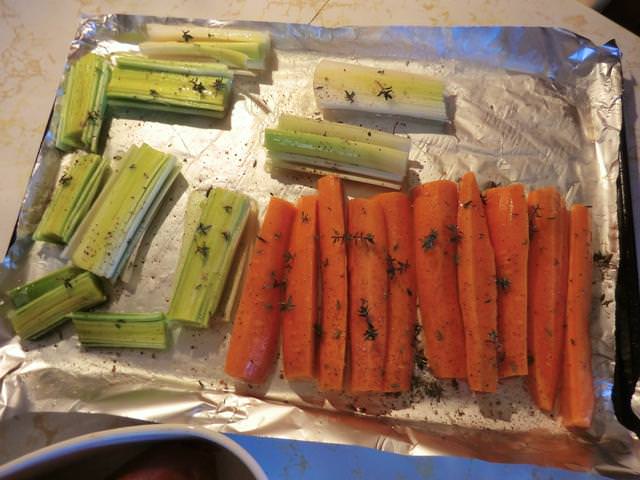 Spicy Korean Braised Chicken Drumsticks – thighs are good too, skin on or off 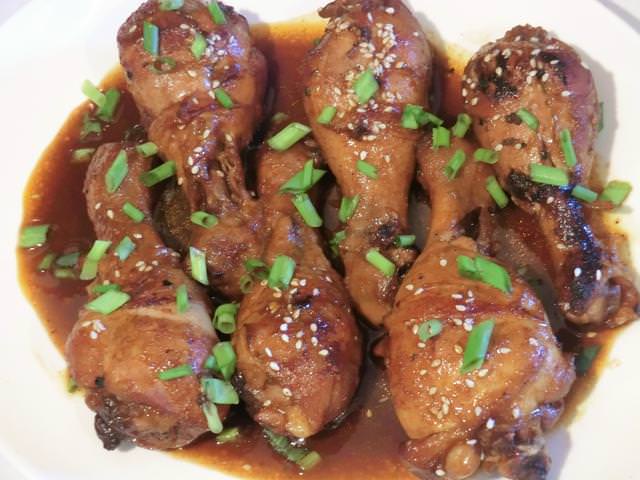