The first time I ever tasted leeks was in soup made from a packet of “Knorr Cream of Leek”. It was creamy and subtly flavoured and became my ‘standard’ of a leek soup. This soup surpasses that in flavour, nutrition and, time wise, it’s not bad either.

Cream of Leek and Potato Soup 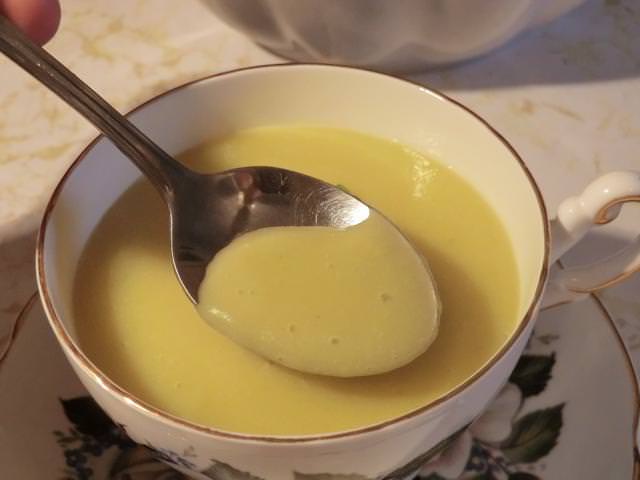 I didn’t use any thickeners (cream, cornstarch or flour) to make this soup, other than the two diced potatoes. Although I was tempted to use bacon fat to sautee the 1/2 cup of diced onions, one clove of minced garlic and one large sliced leek, I decided to use 2 tbsp unsalted butter, 1 tsp salt and 1/4 tsp white pepper to highlight the subtle flavours of the leeks. I wish I had had some home made chicken stock, but I didn’t, so I used a tablespoon of low sodium “Better than Bouillon” to 4 cups of water, which isn’t bad at all. The thickness of the soup was perfect for me, but if you find that as your soup cools, it gets too thick, you can thin it out with some extra chicken stock, or even just some water, in a pinch. Check for seasoning before serving, in that case.

I often make pizza dough from scratch but, having a package or two of flatbreads or flour tortillas, in the freezer, is convenient for quick, last minute meals.

I ran across some tasty pizza topping ideas using leeks in my recent web search and adapted them to what I had on hand so the leeks sauteed in white wine and cream became leftover roasted leeks with a base of shiso pesto, from the freezer. And, instead of goat cheese, I crumbled some home made paneer cheese, also from the freezer, over the leeks. A sprinkle of green onion for a fresh touch was added, about half way through the baking process and, before serving, grated Parmesan cheese was sprinkled over the top. 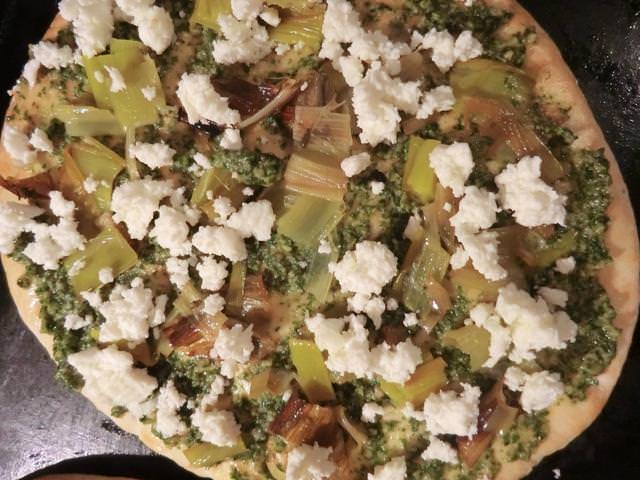 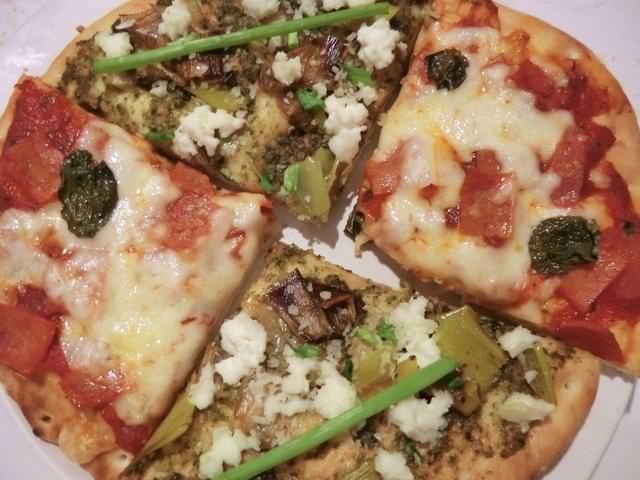 24 thoughts on “Leek Duo … from the Sublime to the Ridiculous”