Fat is fat …. usually. It helps if what you’re substituting is tasty. Bacon fat in place of butter is pretty good. The ‘easy’ part of the recipe title refers to the alternate method of making caramel which doesn’t require melting/caramelizing sugar by itself first. It also refers to the use of brown instead of white sugar which makes it similar to a butterscotch sauce. 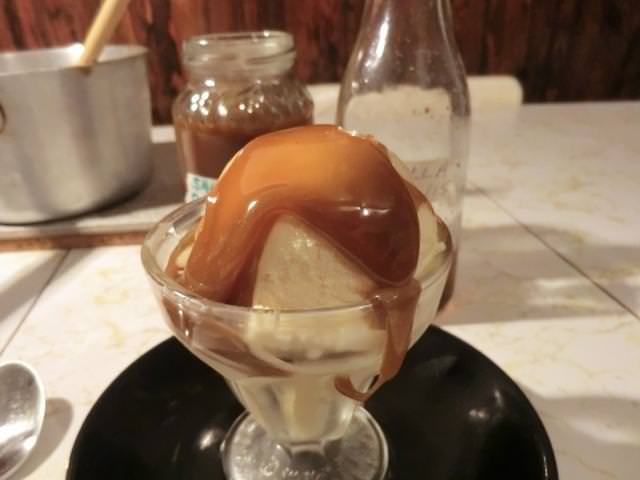 ** This amount of bacon fat has the same calories as twice the amount of butter.

Mix the brown sugar, whipping cream, bacon fat and salt in a medium saucepan. Put the lid on and cook over medium heat until the sugar melts and the mixture comes to a rolling boil, checking periodically. The lid helps contain the steam, lets it condense and roll down the edges of the saucepan, washing sugar crystals down into the sauce reducing/preventing crystal formation.

Remove the lid, turn the heat down to medium-low and cook, stirring gently, for an additional 5 to 7 minutes, until the mixture gets thicker.

Add the vanilla extract and cook another minute so that the mixture thicken further.

Take the saucepan off the heat, cool slightly and pour the sauce into a jar.