I remember trying spaghetti squash at least five years ago and not being impressed. As I recall, I microwaved the squash and served it very simply with a marinara sauce on top. I thought it was watery and fairly bland. Not really a substitute for pasta, but it was part of my attempt to introduce new vegetables to my diet.

A few days ago, I went grocery shopping and decided to give spaghetti squash another try.

I stabbed the small, whole squash (<800 gm) with a paring knife and then par-cooked it in the microwave for 5 minutes. Then I cut the squash in half, removed the seeds, sprinkled it with some salt, and baked it, cut side down, at 375 deg Fahreheit for 30 minutes, until a fork inserted into the squash met little resistance.

After letting the squash cool, I used a fork to scrape out the flesh. 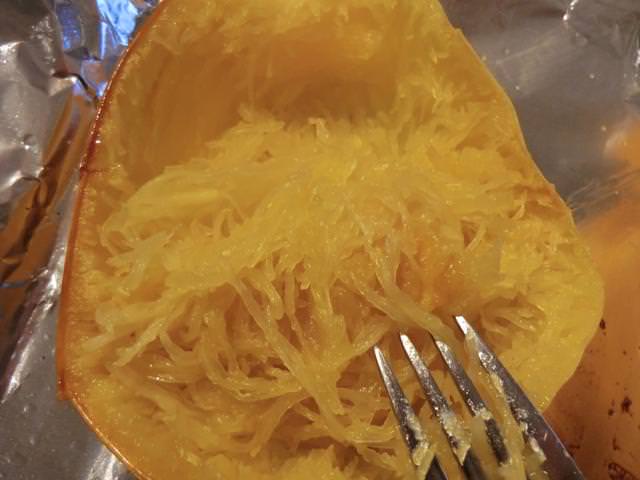 First impression: The resulting squash strands looked fine but there wasn’t a lot of them. A scant 3 cups, I’d estimate. Of course, I had picked the smallest squash on the pile ($1.49) so you have to take that into account.

Spaghetti Squash topped with jarred spaghetti sauce (sausage and pepper) – Tasty but still a bit watery. Possible solution is to drain the spaghetti squash strands a bit and make sure the spaghetti sauce is thicker. At least now I know it’s not JUST due to the cooking method ie. microwaving. 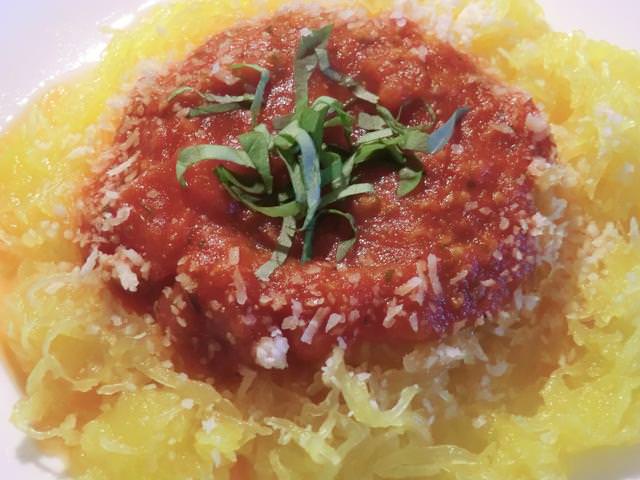 Spaghetti Squash topped with cheese, sour cream and chili con carne with beans – After hand squeezing the remaining half of the squash, about 1/4 cup of liquid was expelled. The resulting dish was much less watery than the previous serving with meat sauce. 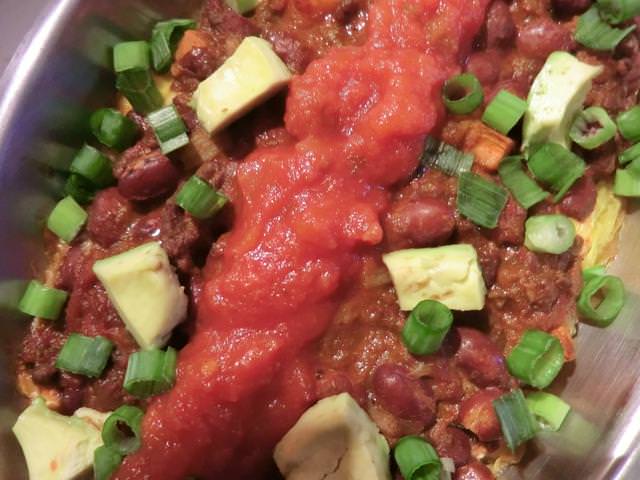 The seeds were picked free of the surrounding squash flesh, rinsed and simmered for 10 minutes in salted water. I used paper towels to get most of the water off the seeds, placed them on a baking sheet lined with aluminum foil and drizzled them with a bit of canola oil and sprinkled them with fine sea salt and a shake of paprika. Then the seeds were baked at 350 deg Fahrenheit for 10 minutes, turning them over after 5 minutes, to ensure as even baking as possible. 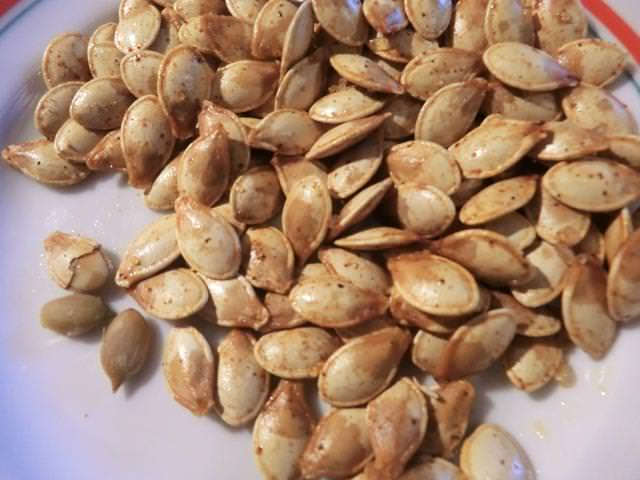