I wanted to make a white sandwich bread and picked this sour cream white bread recipe found on “The Spruce” web site for something that was a bit different.

Sour cream replaces the egg, milk and butter found in many enriched bread recipes. The resulting bread was nice and fluffy and tasted great either served as an accompaniment to a bowl of pasta or with jam as a snack. 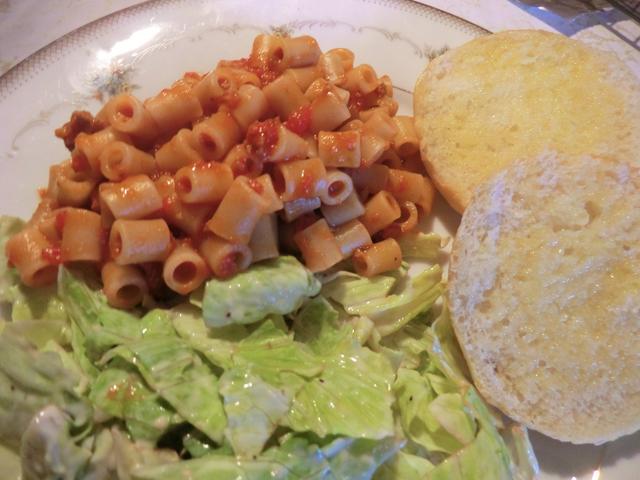 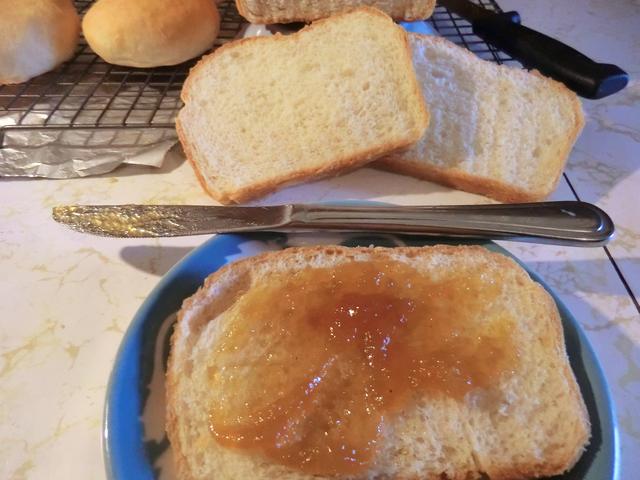 The bread is meant to be baked in a 9 inch by 5 inch loaf pan but the amount of dough I had (820 gm) seemed a bit excessive to me, so I made four (54 gm) buns with part of it. I didn’t bother using the egg white glaze suggested to give the loaf a glossy finish, though I did brush melted butter on the buns.

The dough rose beautifully during the bulk proofing in the oven with the light on, taking only one hour, and though my loaf shaping was a bit lacking, the final proofing took only 45 minutes and baked up golden brown. For some reason, I decided to slash the top of the loaf before baking but, obviously, I didn’t put my heart into the matter as the cut turned out pretty anemic. 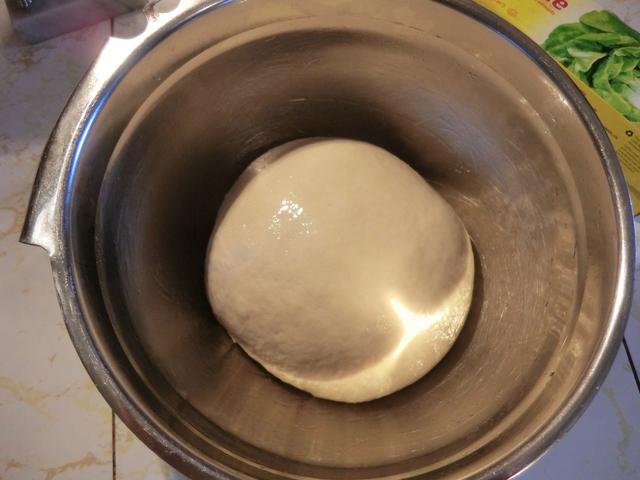 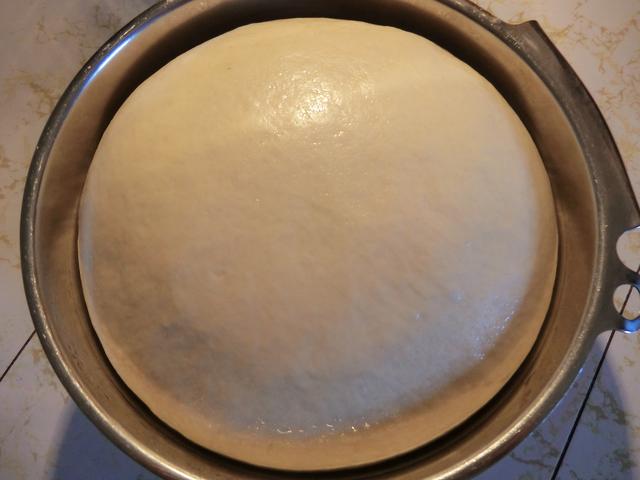 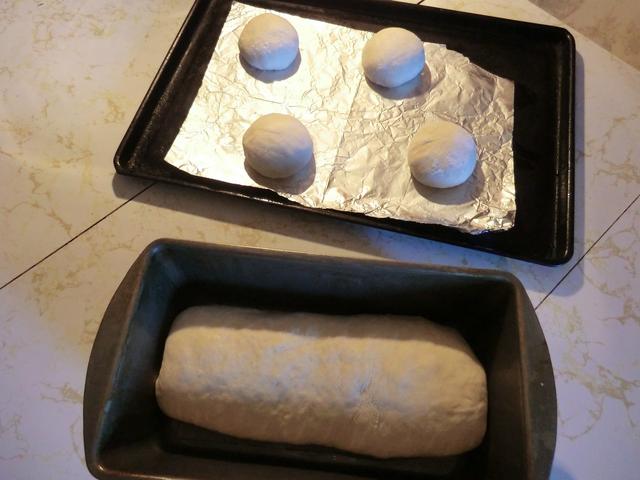 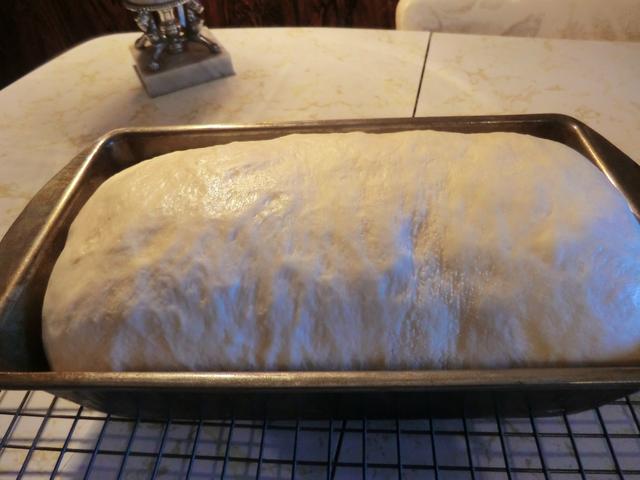 The loaf pan was oiled and lined with a small sheet of parchment paper which made removing the finished loaf a breeze. 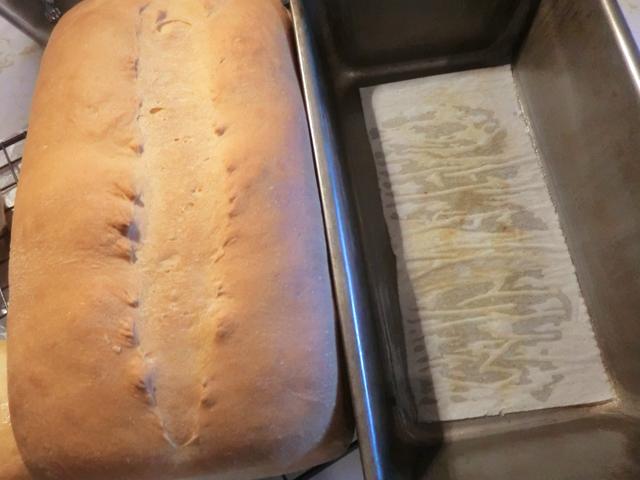 I didn’t want my buns to round up too much during proofing so I pressed them down after 15 min, as in my earlier hamburger buns, and let them continue proofing for another 30 minutes. I found the oven spring a bit disappointing though the crumb was nice. 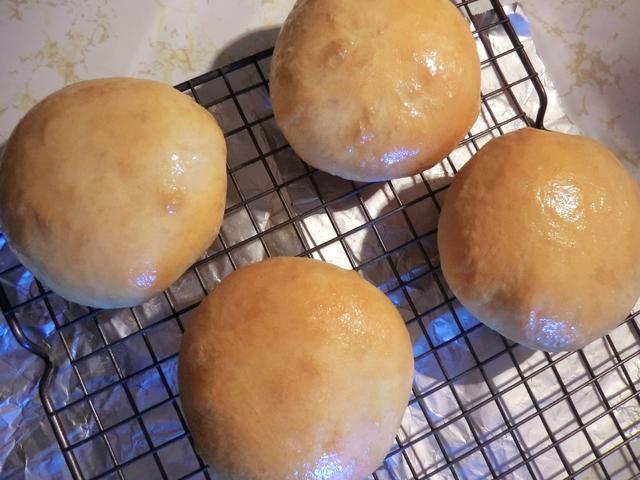 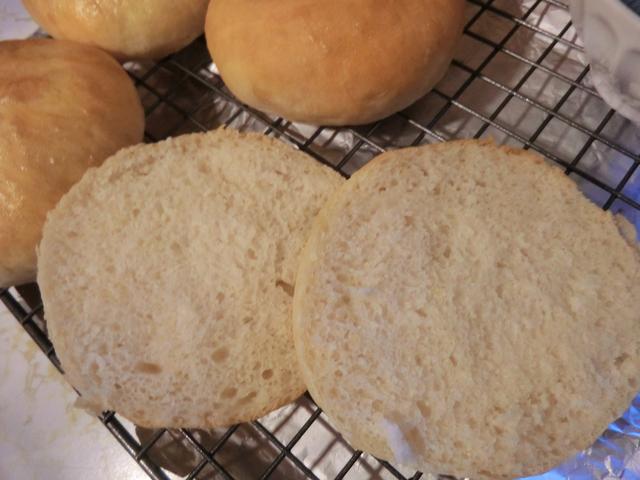 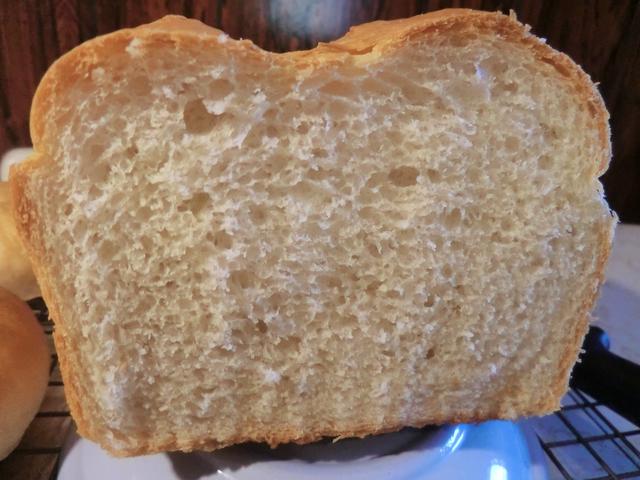 While my bread was proofing, I made a quick batch of spaghetti sauce with a couple of 28 oz cans of whole tomatoes (with herbs and spices) and 4 hot Italian sausages. I doctored the sauce with some additional dried Italian herbs and hot pepper flakes and served them over ditali pasta. There was enough sauce for 2 two serving containers to be tucked away in the freezer for later. All in all, a very successful cooking day. 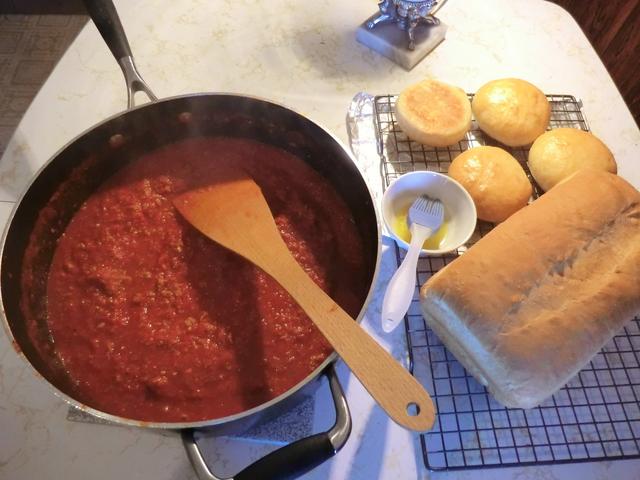