Nothing too exciting happening in the kitchen. I made an attempt at a type of hand shaped pasta, called strascinati rigati, using a sushi rolling mat, but the results were a bit disappointing. Next time, I’d roll the pasta much thinner and cut smaller pieces for shaping. I’d also cook them fresh rather than drying them. Taste wise … well, it’s pasta with a home made marinara sauce. Tasty but nothing to write home about. 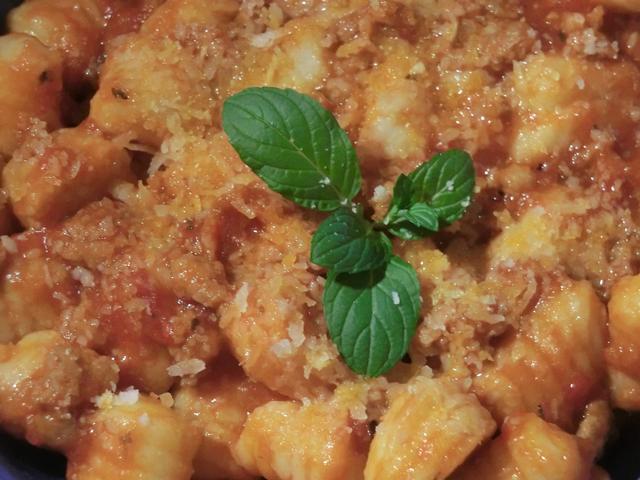 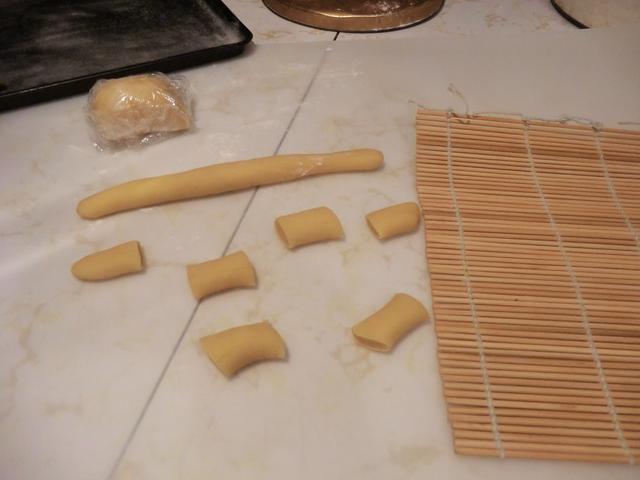 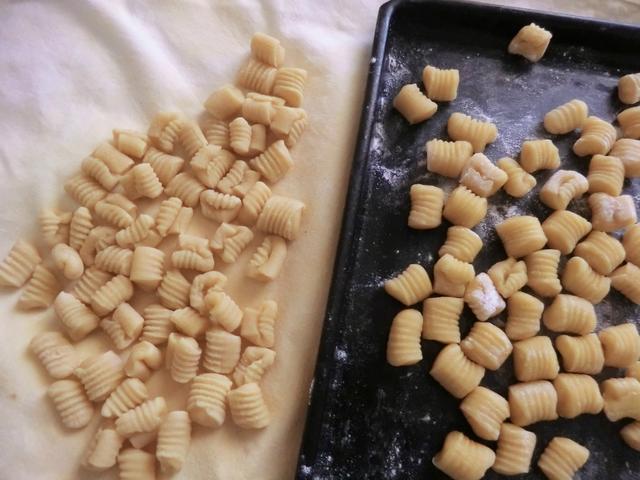 Once again, the freezer is providing the start of some great meals … leftover pork ribs (remember that blueberry bbq sauce) with purchased hash brown patties. 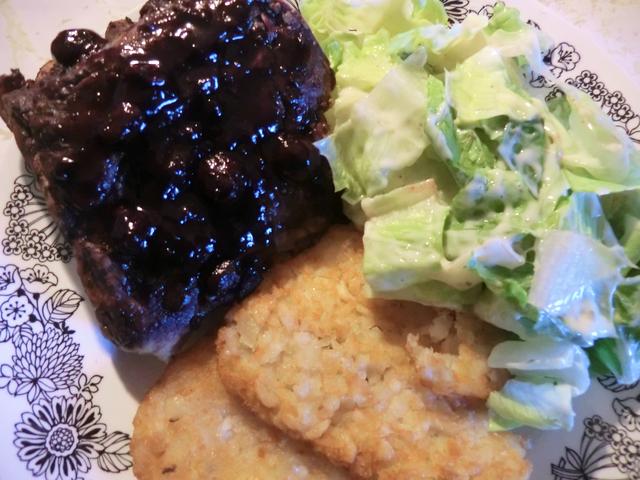 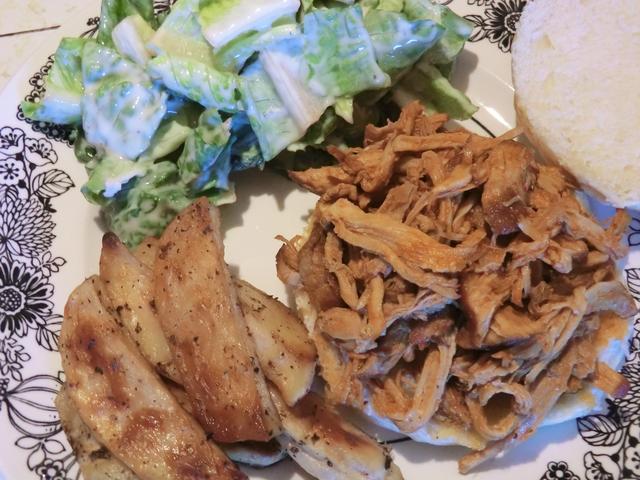 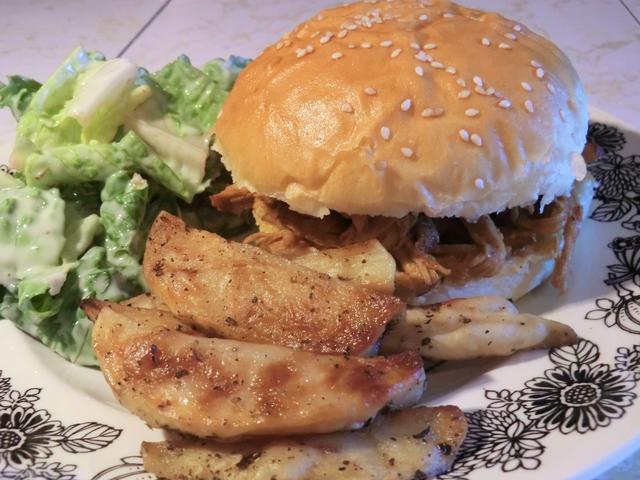 I had a sirloin steak in the freezer so I thawed it out, seared it in a cast iron frying pan and served it rare. Simple but delicious with mashed potatoes, carrots and salad. There was enough steak leftover for a steak sandwich too. 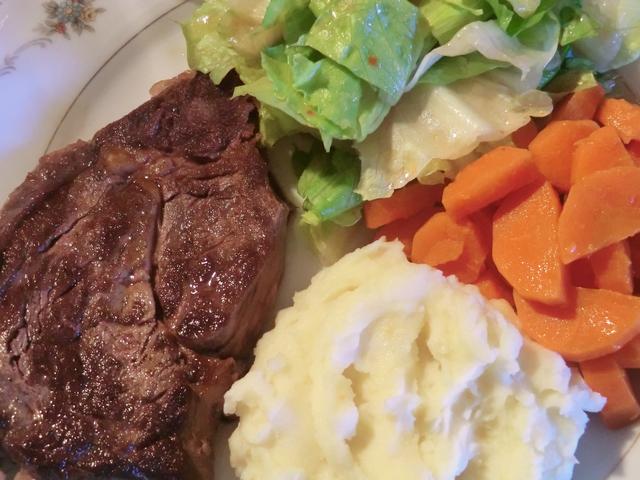 I had a bit of a chocolate craving so I whipped up some blender chocolate mousse/pot de creme, flavoured with orange liqueur (Cointreau), to pour into a couple of prebaked pastry shells from the freezer. I had visions of something like a chocolate cream pie but since the shells had shrunk so much, not much of the mousse fit into the shells. So, I poured most of the mousse into a couple of ramekins and topped them with a dollop of whipped cream.

I should have let the pies set a bit longer before cutting into them but I couldn’t wait. (Sorry for the poor lighting in the first picture.) 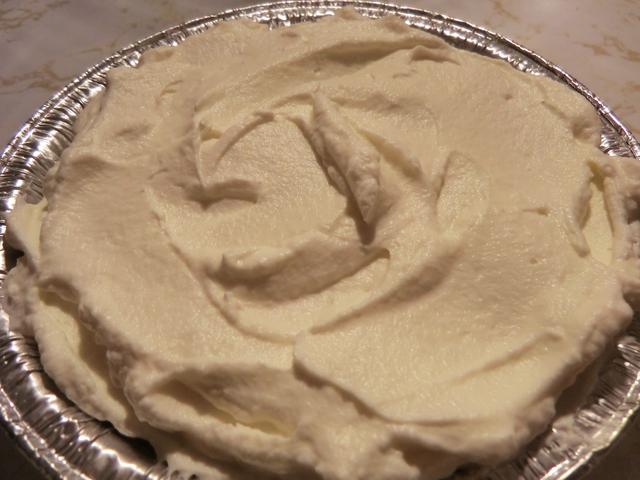 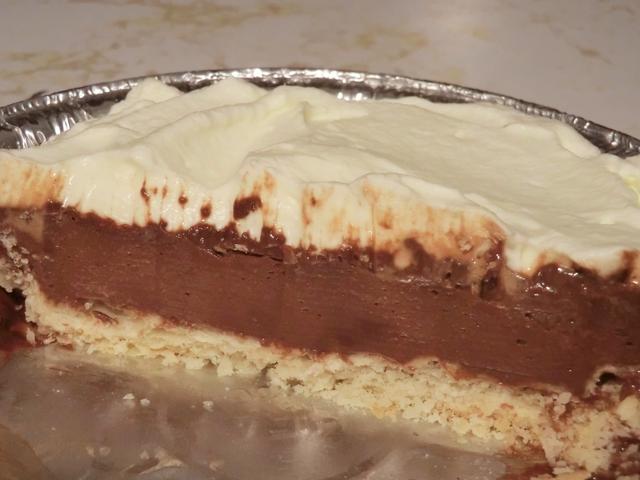 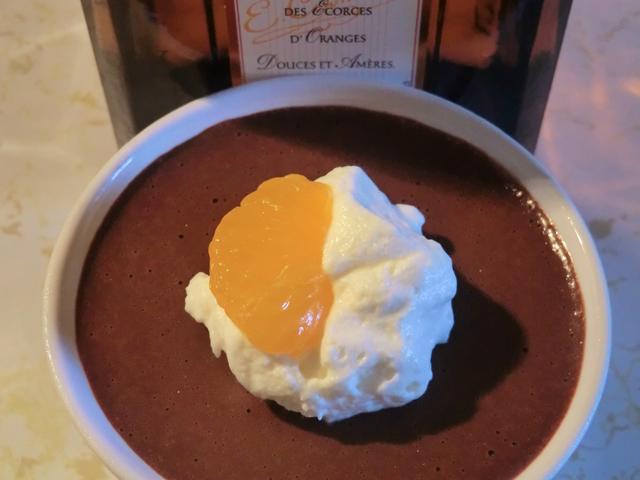