Two ‘blue’ themed dishes for the last day of the summer holidays.

And a link to a song that just says it all.

Blueberries have been on sale for the last couple of months so I tossed a couple of clamshells in the freezer … for later.

Well, later has come, and I started with a marinade/bbq sauce for the strip of pork ribs I found in the basement freezer. I took the lazy route and didn’t saute an onion and garlic, as I should have. Instead, I added a tablespoon of dry minced onion and a few shakes of garlic powder to a bbq recipe I found on the Blueberry Council website. It was a lot looser than I wanted even after I simmered it uncovered (and unattended) for a while. You might want to hang around the kitchen and stir it every few minutes so that it doesn’t catch on the bottom and scorch.

Pork ribs before and after marinating and baking 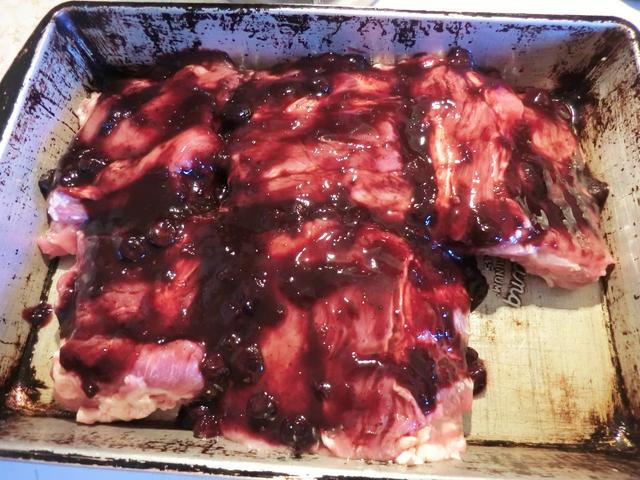 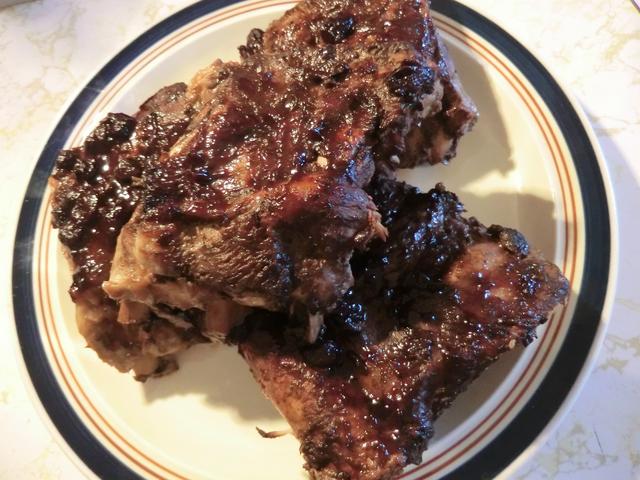 Dessert also featured that juicy blue fruit. Hand pies using a recipe posted on one of the FB groups I belong to. 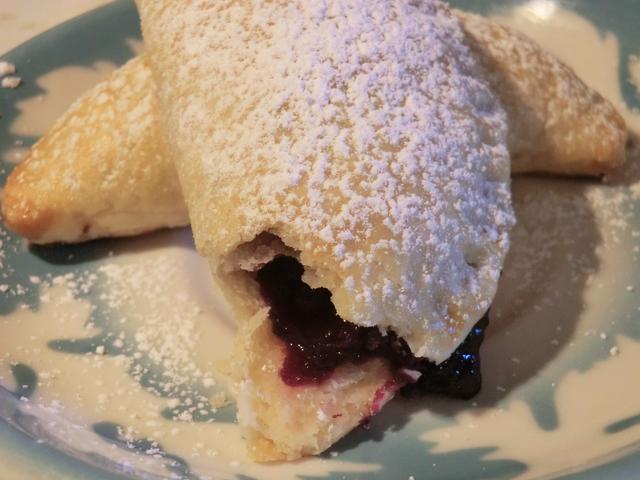 The pastry was tender and delicious but, even baking it an additional 10 minutes, didn’t brown the whole egg glazed tops as much as I wanted. And, during that extra 10 minutes, all of the hand pies burst open and oozed their tasty filling over the baking sheet. Luckily I had lined it with parchment paper so I didn’t have a mess to clean up. I plan on upping the temperature to 400 deg F, and cut steam vents in the top. (NOTE: Just had a chance to touch base with the recipe poster and she mentions that she now does both those things.) 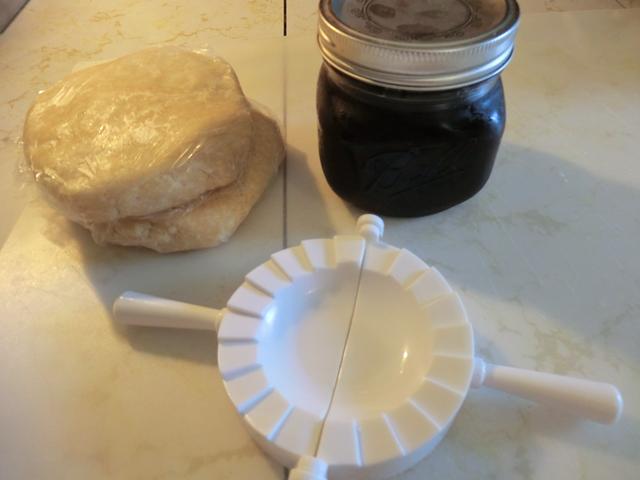 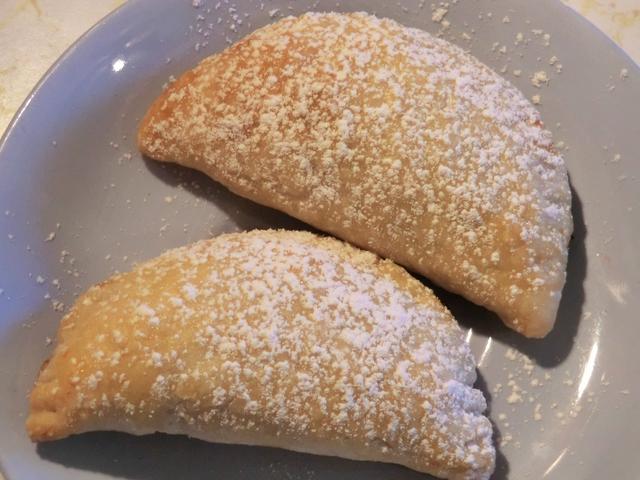 I had halved the filling recipe because I only had two cups of blueberries, but I had more filling than I needed for the hand pies I made, so I made a mini pie with the surplus. And the extra pastry was shaped into three mini pie shells and blind baked. Disappointingly they shrank quite a bit, even though I refrigerated them before baking. When I serve the mini blueberry pie and decide what to fill those shells with, I’ll share pics. 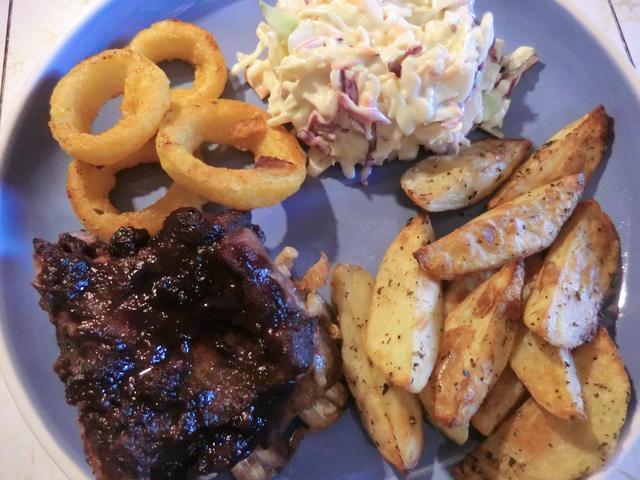 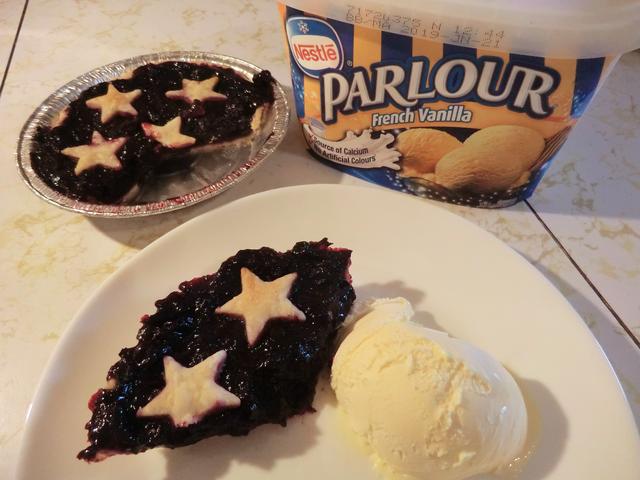